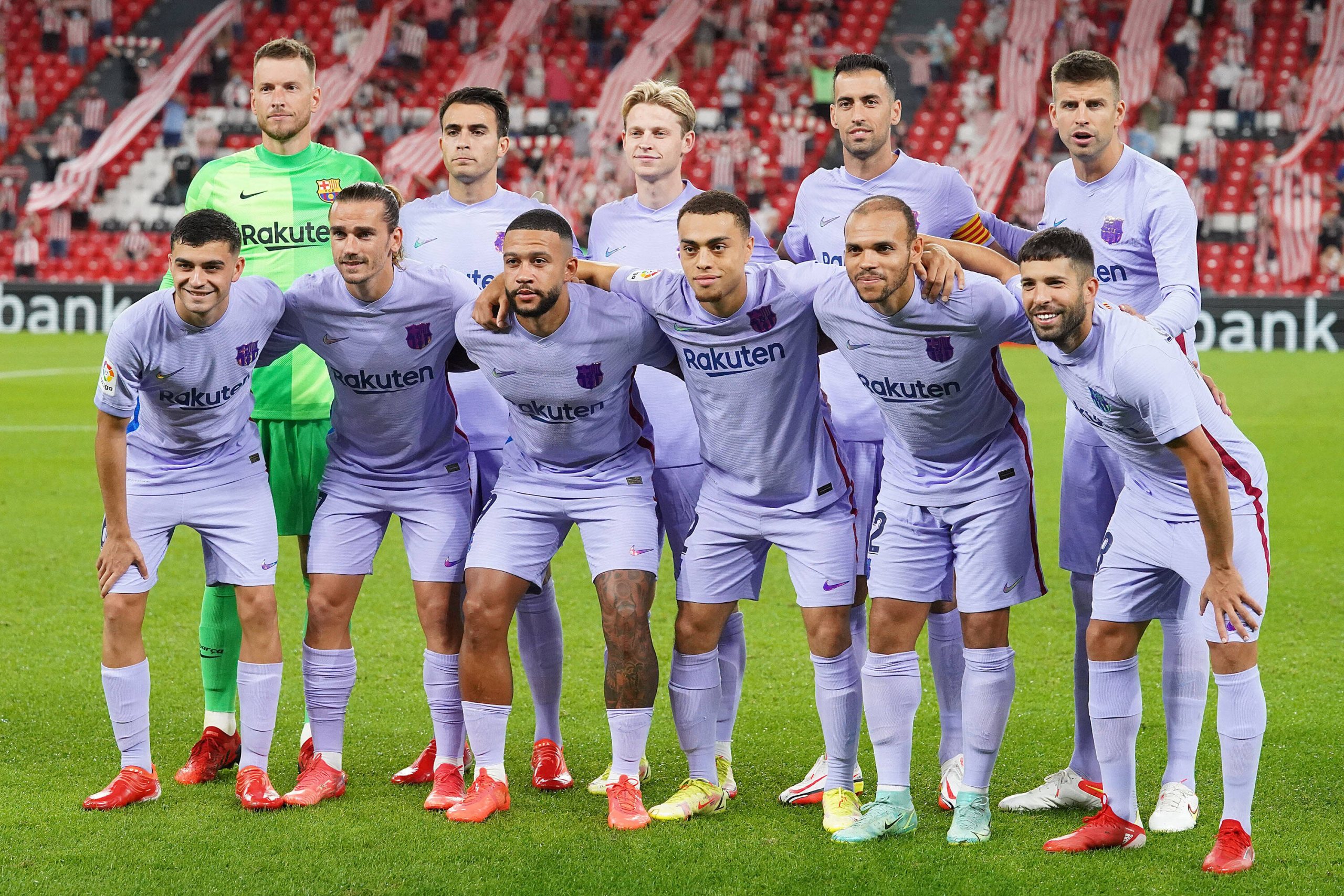 The midweek loss to Bayern Munich had massive repercussions in Catalonia. The press has not had a silent day since the match at Camp Nou, with tensions in the air growing. Ronald Koeman has suddenly come under immense pressure, not only for his continued poor results against top clubs but also for his mid-table manager-esque comments after the loss to the Germans.

All of a sudden, the Dutchman’s job is in grave danger. And if the problems off the field were not enough, Barcelona have a new roadblock on the field. Two of the club’s most indispensable players, Jordi Alba and Pedri, sustained injuries in Tuesday’s game. With both the players ruled out for a few weeks, the pressure on Koeman’s shoulders grows exponentially.

Barcelona take on Granada on Monday night at home following a loss at the same venue. Roberto Moreno’s side have failed to register a win so far in the season, but have scored two points in their four games. Here is how Barcelona could lineup against Granada-

Marc Andre ter Stegen made four saves in the game against Bayern Munich, but was helpless on three occasions. The German could have done better in some instances, but was helpless in some situations like the first goal. Now turning his game face to La Liga, the shot-stopper will look to get back into his groove.

Ronald Araujo was Barcelona’s best player on the night despite the club conceding three goals. That says a lot about a defender. The Uruguayan exudes confidence and made some perfectly timed tackles that were decisive. He will surely start against Granada.

Araujo will likely be alongside Gerard Pique, who was rushed back from his recovery because if the weight of the clash. However, the Spaniard completed the 90 minutes without discomfort, and could likely start on Monday.

Sergino Dest was not fit to start against the Germans, and Barcelona paid the price for it. Sergi Roberto struggled to hold the fort on the right flank as Leroy Sane and Alphono Davies tore him apart. However, with the USMNT star finally receiving the medical green light, he will undoubtedly start the coming game.

Jordi Alba would be the natural starter at left-back, however, his injury puts Ronald Koeman in a fix. However, his decision does not seem overly complicated anymore after witnessing Alejandro Balde’s scintillating cameo after Alba’s injury. The young La Masia graduate showed that he possesses the speed, agility, and guile needed by a Barcelona fullback and opened up the Bayern defense with ease. He will surely start on Monday.

Sergio Busquets has been the pillar in midfield for the Catalans once again this season. A good combination of experience and awareness makes him one of the best interpreters of the game. As the captain moreover, his presence on the pitch is certain.

Frenkie de Jong has had a positive start to the season, picking up from where he left last term. Moreover, his connection with Memphis Depay has brought him more into the limelight. The dutch midfielder will start for Barcelona, and must redeem himself after a relative sub-par performance against Nagelsmann’s side.

An unexpected and untimely injury to Pedri could not come at a worse time for Koeman. The 18-year-old is expected to be out for 2-3 weeks, and it is worrying looking at Barcelona’s tough schedule up ahead. His absence, however, gives Sergi Roberto a golden chance to redeem himself. The Spaniard already has three goal contributions in the league this season, and will look to push the number higher.

Phillipe Coutinho stepped onto the field in Barcelona colors after a long hiatus against the Bavarians. He is declared fit to start, and is almost guaranteed a starting spot against Granada.

Luuk de Jong had a poor debut for the club and looked like a fish out of water. When released in front of goal, the striker lacked the pace to make anything out of it. Moroever, the only time he threatened the Bavarian defence was in set pieces. He will look up to make a more positive impact in his second game.

Memphis Depay was relatively quiet, but the only player actively trying to create a play in the last game. The Dutchman has been Barcelona’s most potent force in attack so far. Needless to say, all eyes will be on him as Barcelona looks for a new talisman upfront.

Yusuf Demir had a positive impact on the game after coming on in the second half on Tuesday. He could play a key role in the attack, especially if Coutinho or Luuk de Jong have a poor day at the office.

Gavi could get another chance in midfield, especially after the scintillating display he put up in the last 10 minutes of Tuesday’s game.