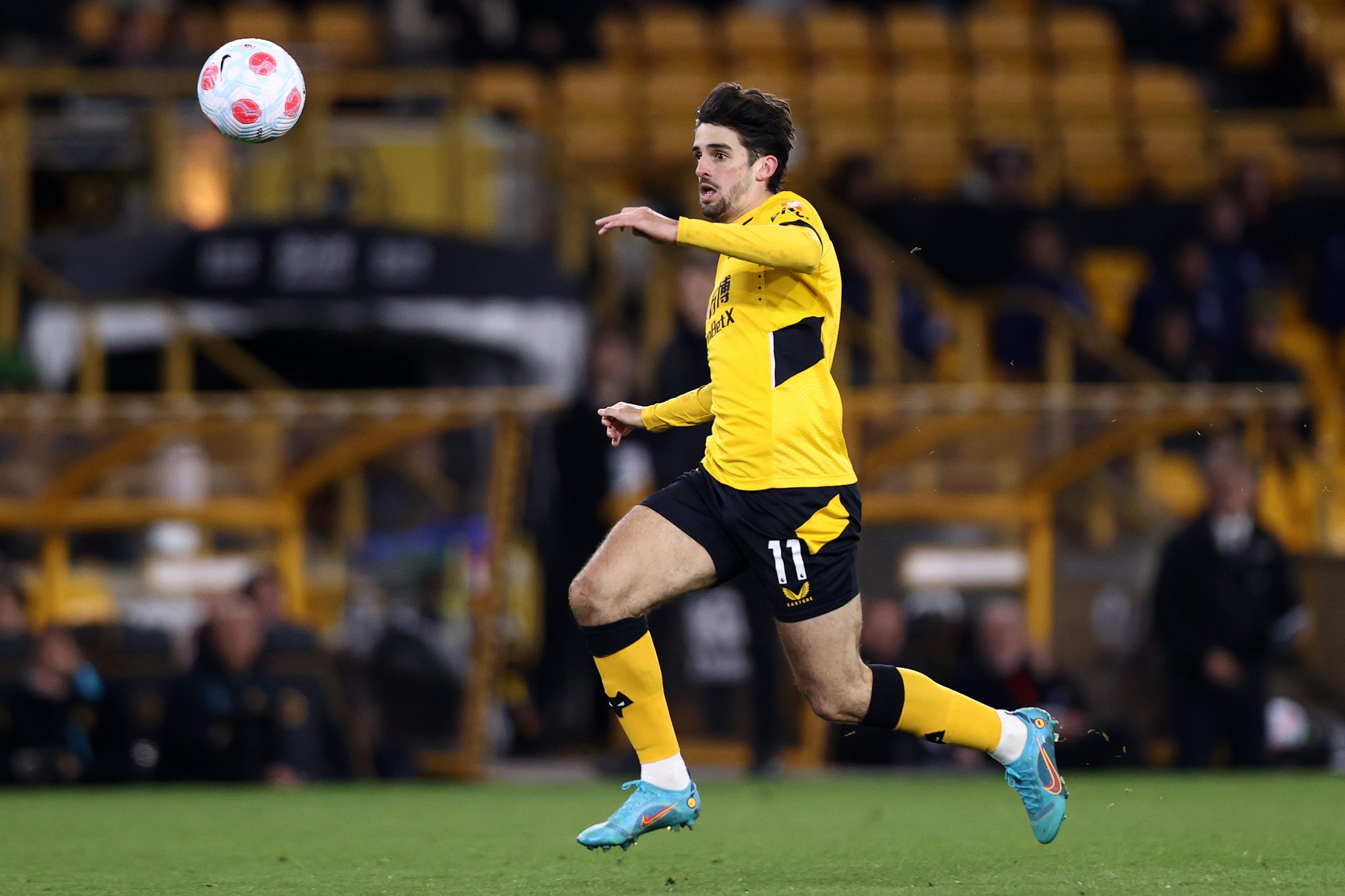 Primeira Liga side Sporting CP are said to be interested in signing Barcelona’s 22-year-old winger Francisco Trincao on loan.

According to A Bola, Sporting have been chasing Trincao since 2021. The team did try making an effort last summer, but the player moved to the English Premier League instead, joining Wolverhampton Wanderers on a season-long loan.

He didn’t really start off as a first-team regular but has seen more minutes in the second half than he did in the opening games. So far, the 22-year-old has scored three goals followed by an assist in 28 matches across all competitions.

Sporting’s interest comes after it was confirmed that a certain Pablo Sarabia won’t continue beyond the ongoing season. The 29-year-old has been playing on loan from Paris Saint-Germain and will, in fact, return to France, when his deal expires at the end of the season.

And so, team manager Ruben Amorim has identified Trincao as someone who can perfectly replace the departing Spaniard.

A Bola claims that Wolves do have a purchase option worth €30 million in place for Trincao, but the team has already communicated their desire that they do not wish to continue with the winger beyond the current deal.

Hence, once Trincao returns to Spain, he will hardly have a place to get regular first-team minutes mainly because there is actually no more space left in the roster. As such, it will be so difficult for Xavi to consider him even for cup matches.

And so, Barcelona’s approach is pretty much basic. As reported earlier, the current idea is to have Trincao back in the team at least for the pre-season tour, and in case there are any significant offers, they will open the proceedings.

If Barcelona can get a deal which involves a mandatory option to buy, they might as well hear what Sporting have in the offering.