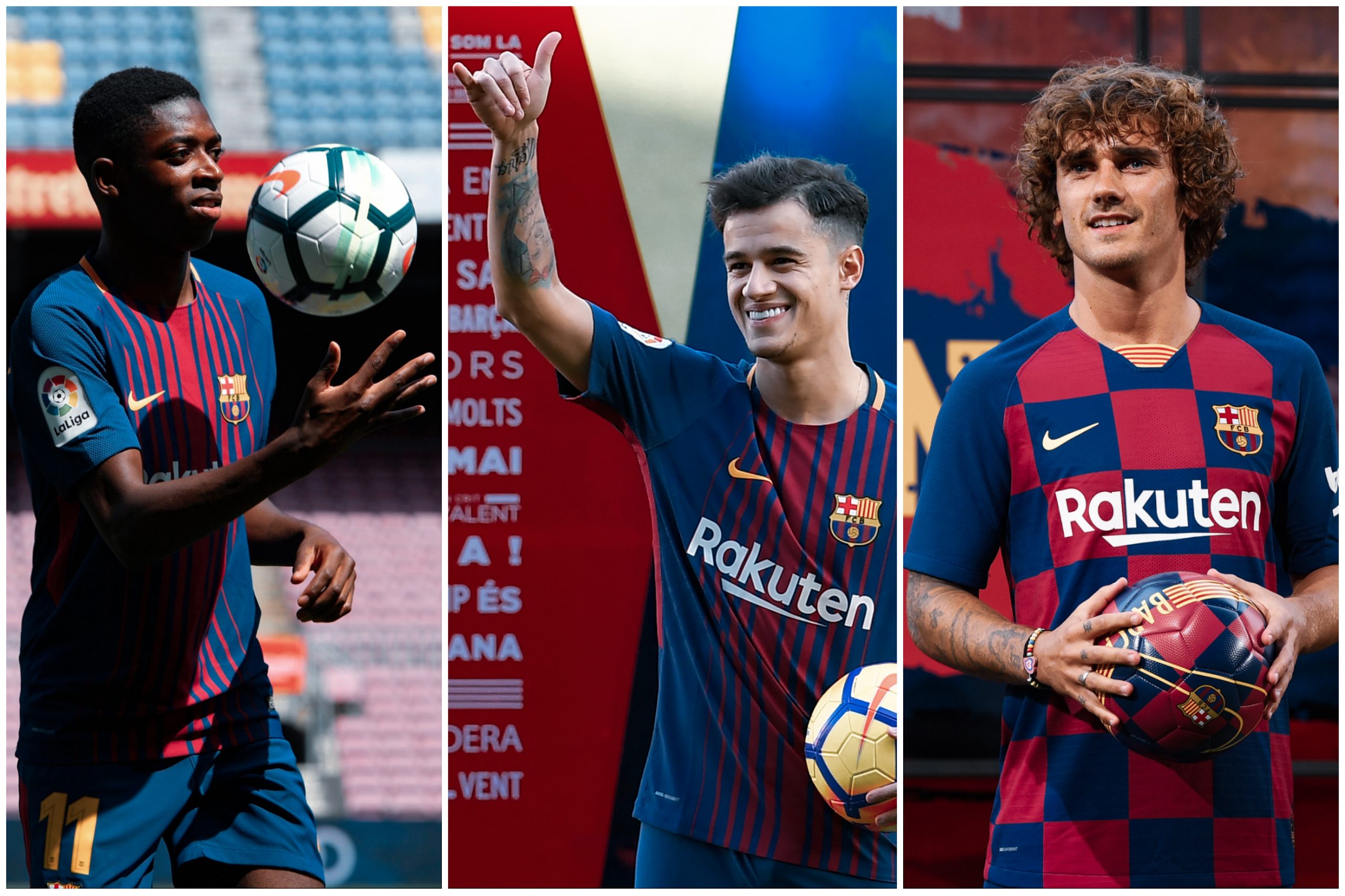 When we turn back the clocks to March 2017, we can fondly remember how Neymar Jr led the historic comeback for Barcelona against Paris Saint-Germain in the Champions League Round of 16. Coming back from a 4-0 deficit to win the game 6-1, the Brazilian had scored two goals and assisted Sergi Roberto’s winner in the 95th minute.

Fast-forward three months later, the same Neymar had joined the side he dismantled (PSG), after a brilliant four-year tenure with Barcelona, for a world-record, absolute bizarre €222 million, a record that still stands to this day. In theory Barcelona were handed a mammoth sum to fill the gaping hole left by ‘Ney’, but in fact, it was more money than Josep Bartomeu could possibly deal with. In the same window, Barcelona pursued and bought Ousmane Dembele, six months later Philippe Coutinho, and then in 2019, Antoine Griezmann. All players that cost more than €100 million each.

While all three have struggled to adapt to life at Barcelona, with Dembele facing injury concerns, Griezmann not able to find a position, and Coutinho unable to find consistency, there seems to be a clear ‘least-favourite’ among fans. In a poll conducted by us at Barça Universal to find out which of the trio would fans want to leave, if they could only vote for one, Philippe Coutinho received a runaway 82% of 12,866 votes, equalling 10,550 votes. Man in-form Griezmann got 11% (1,415) of the votes, while Dembele seems to have become a fan-favourite at this point, and got just 7% (901) of the votes.

Poll: If you had to choose one ‘€100m-plus player’ to leave this summer, who would it be?

The reasons for this are quite clear, too, actually. Coutinho was bought for a mammoth €140 million, which is €20 million more than both Griezmann and Dembele’s cost. To add salt to the wound, Barça will have to pay €20 million more to Liverpool once Coutinho reaches 100 appearances for the club.

Other than that, while the French duo have struggled with one problem each — consistency, and injuries respectively — the Brazilian seems to have gotten the worst mix of both. Not to mention Griezmann is a Ballon d’Or podium finisher and was one of the best players in the world for several years.

If reports are to be believed Ronald Koeman specifically asked Coutinho to stay and had a spot for him in his plans. However, following an injury against Real Madrid, it became quite clear that Koeman had found alternatives for the former Liverpool man. Additionally, while Dembele and Griezmann both have found a place in the new 4-3-3 system for Barcelona, it is hard to think that Coutinho has a spot open here. The only viable spot is on the left of midfield, which is contested between Pedri and Riqui Puig, both of whom have become among the most adored players for Barcelona.

As it stands, though, Coutinho is injured after being ruled out for four months for an injury he picked against Eibar.