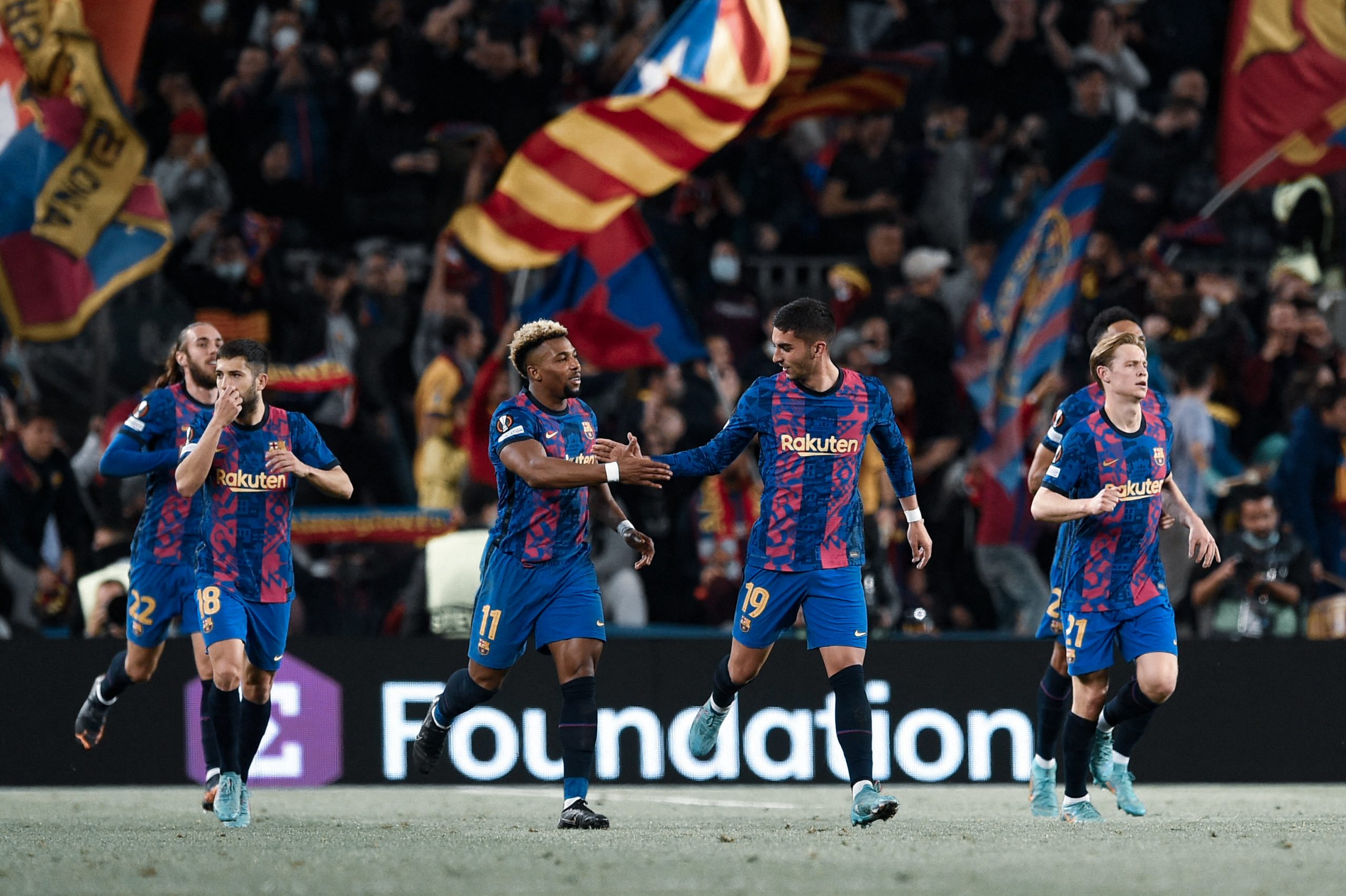 Barcelona made the trip to Southeastern Spain on the weekend to take on Valencia, in what many assumed would be a two-way affair. While away games at the Mestalla are considered one of the toughest in the league, it was smooth sailing for Xavi and co., who put four past the Los Che defence.

A performance like that is certainly one to build on, especially with the Europa League knockouts in sight. After a 1-1 draw vs Napoli at Camp Nou in the first leg, Barça shift their attention towards the Diego Armando Maradona Stadium.

With away goals ruled out in European fixtures, another stalemate would take the tie to extra-time. Xavi, for one, should be prepared for a heated affair and prepare his lineup accordingly.

We expect just the two changes to the starting lineup tomorrow, with the more obvious one coming in the back-four. Gerard Pique was suspended for the Valencia game but will likely get the nod into the XI tomorrow. Ronald Araujo is expected to partner him as the centre-back pairing.

Marc-Andre ter Stegen‘s place in goal is barely under doubt, and it will not be farfetched to assume that Sergino Dest and Jordi Alba continue on the right and left of the backline. The American, especially, is slowly growing in his role as an inverted right-back and was an integral part of the team in the 4-1 win.

In the previous leg, the Xavi’s midfield caught everyone by surprise because it did not feature captain Sergio Busquets. After a superb game at the Mestalla, though, he will probably retain his spot in defensive midfield.

There is little no doubt over one of the two spots in central midfield, given Pedri‘s scintillating form. He will presumably start alongside Frenkie de Jong, who was said to have some discomfort after being subbed off vs Valencia.

There will, in all likelihood, be no changes in the attacking trident given the level of understanding they demonstrated on Sunday.

Odd as it may seem, Ousmane Dembele will feel more comfortable playing in front of the away crowd for now. Hence, he will be preferred over Adama Traore on the right-wing. Ferran Torres will look to put the ghosts of the first leg behind him as he starts on the left.

Mr Hat-trick-on-first-LaLiga-start, Pierre-Emerick Aubameyang, will likely get the green light to start, too. He could prove to be difference in a decisive game tomorrow.

Gavi and Nico are almost guaranteed to come off the bench if they do not get the chance to start. The former, especially, has played in multiple roles and positions for Xavi.

As has been the case for several games running now, Luuk de Jong could be seen in the closing minutes of the game, especially if Barcelona are chasing the game.

Adama Traore, too, will likely see some minutes after registering two assists and winning a penalty in his first few games for the club.

Finally, we expect Oscar Mingueza to make an appearance, replacing Sergino Dest, to add more defensive depth to the defence.