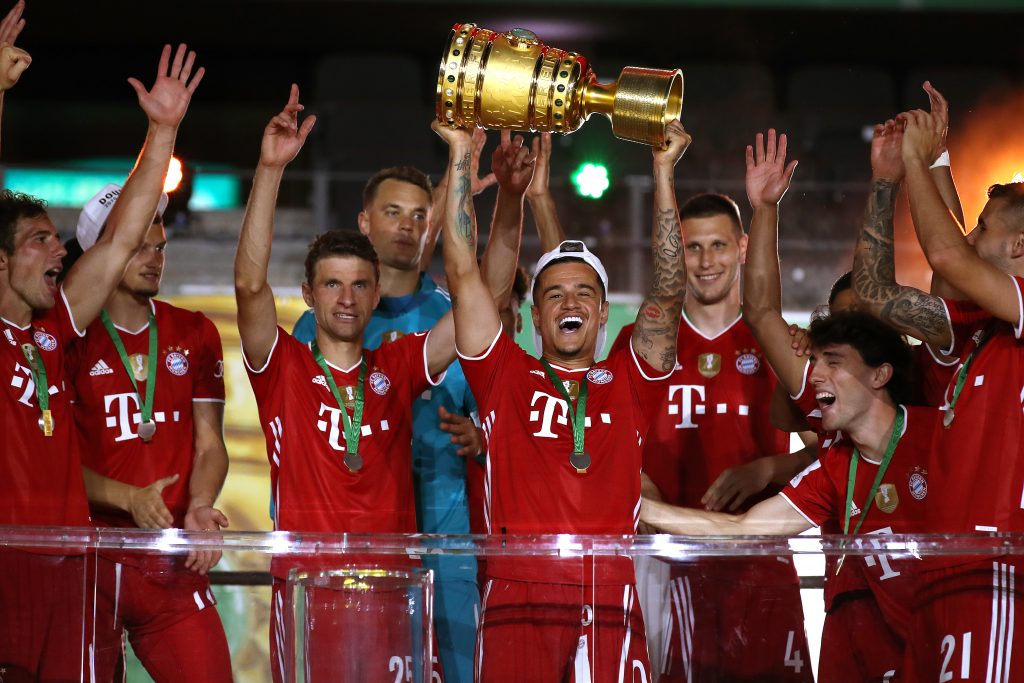 Barcelona midfielder Philippe Coutinho who is currently on loan at Bayern Münich could play against Barcelona in the quarter-finals of the Champions League if Barcelona manages to knockout Napoli, and if Bayern defeats Chelsea.

The only thing that is certain as it stands is that the Brazilian prioritizes a Premier League return. However, all the clubs that have shown interest in Coutinho (Chelsea, United, Newcastle, Tottenham, and Arsenal) are aware of Barça’s financial needs, so they will not rush a move until the last moment to sign him for a low fee.

Barcelona expects to sell the midfielder for at least €80m so that they can recover a big portion of the €140m that was paid in January 2018. After winning the Bundesliga and German Cup, Coutinho now looks forward to winning a treble with Bayern Münich.