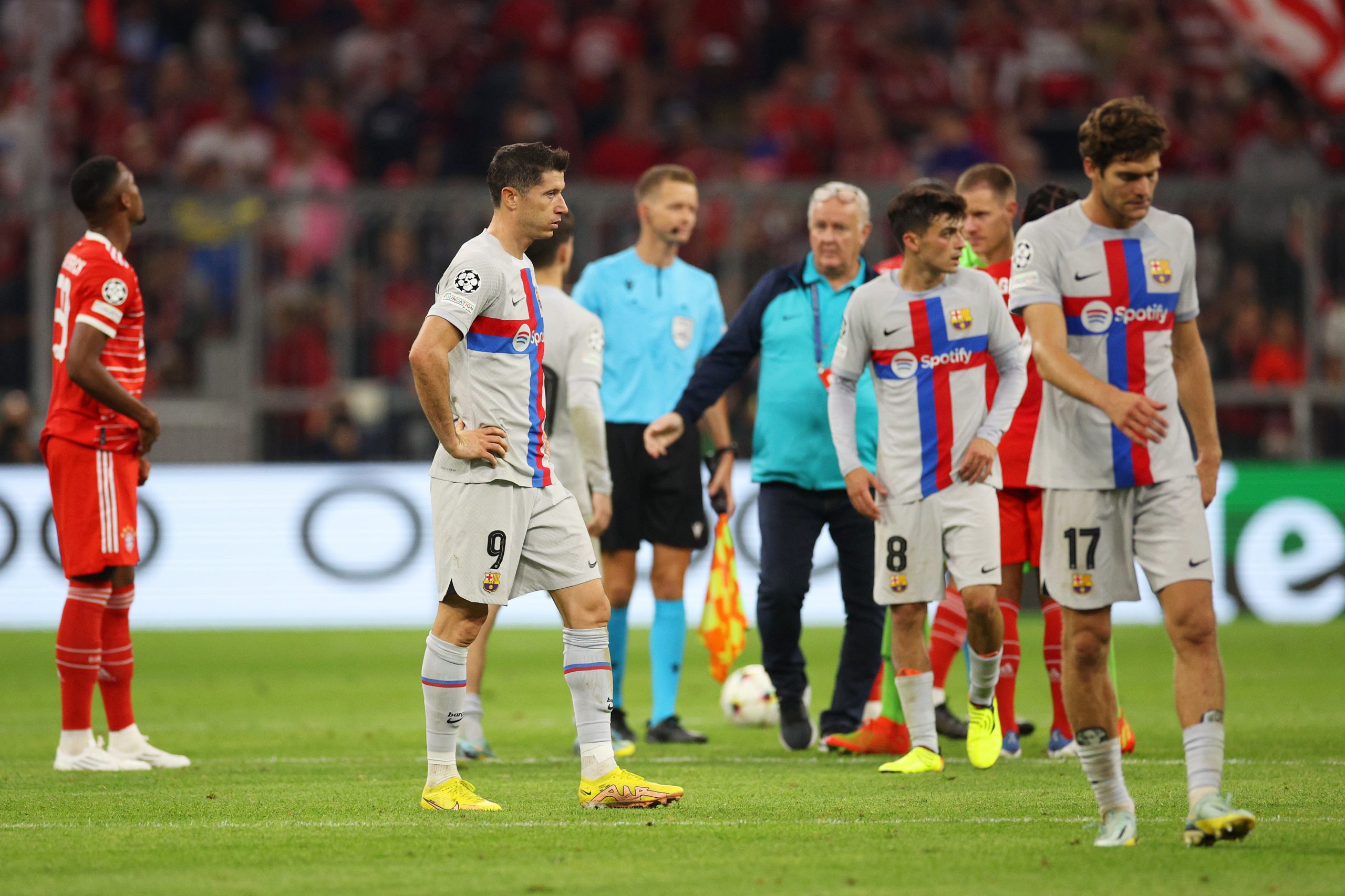 While Barcelona ultimately suffered a 2-0 defeat at the hands of Bayern Munich, their dominant display at the Allianz Arena for large parts of the game was credited by many fans and pundits alike.

Pep Guardiola, perhaps the greatest manager in the history of the club echoed this opinion, as per close confidant and current member of Manchester City’s technical staff, Manuel Estiarte.

“Guardiola liked Barça a lot in Munich”, he told journalist Valentin Sanjuan in an interview on his Twitch channel, as relayed by Mundo Deportivo.

Estiarte continued, “We saw it together, with a mutual friend, Joan Patsi. I am no longer talking about the penalty, which was very clear; of the chances in the first half, which was two to nil, that’s how they presented themselves on that pitch.

I know that field, and we know that it is difficult. How did the game start, how did they take it.”

He added, “Then, we all know that the Champions League is this. You can deserve, dominate everything you want and then an episode comes, a strategic goal.”

Guardiola and Estiarte’s thoughts were held unanimously by the Blaugrana fanbase, as Lucas Hernandez’s opener came against the run of play, due to a lapse of concentration at the back.

The same goes for Leroy Sane’s excellent solo goal, as the Barcelona defence simply could not keep up with the rapid winger’s pace.

At the end of the day, Julian Nagelsmann’s side were clinical in front of goal, which is key in Europe’s elite competition.

As for the Catalan giants, the same cannot be said for the visitors, with Robert Lewandowski and Pedri in particular fluffing gilt-edged chances on the day.

Considering arguably the finest manager in world football was a fan of Barcelona’s display, Xavi and his troops have plenty to be proud of.