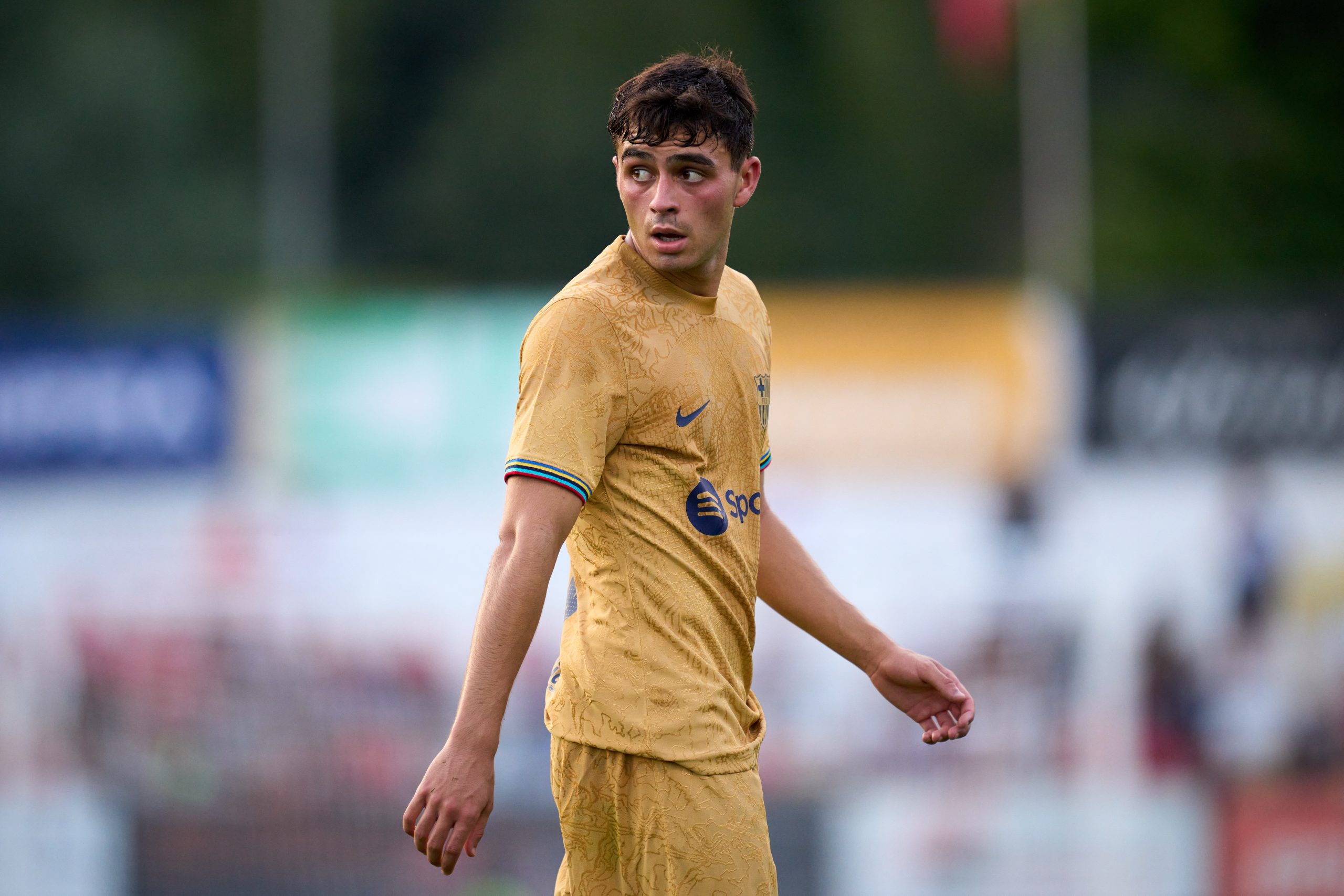 Barcelona are currently preparing for the upcoming campaign on their pre-season tour of the USA. Having faced Inter Miami, the Catalans will now lock horns with Real Madrid, before taking on Juventus and New York Red Bulls.

The friendly games give the manager a chance to see all his players, old and new, in action, and assess their fitness and performance levels ahead of the season.

One player who the manager will be glad to have at his disposal is Pedri. The Spanish international endured an injury-riddled 2021/22 campaign, despite which he was named Barcelona’s MVP for the season.

The midfielder has evidently worked hard on his fitness during the off-season while he has also transformed physically, by bulking up and adding more muscle mass.

During an interview with Toni Juanmarti, Pedri explained his decision to add more muscle mass, saying: “I want to keep working on it because today’s football is very physical.”

The youngster then spoke about new signing Franck Kessie, highlighting the Ivorian’s physicality, as he said: “Kessie is very strong physically, especially when you run into him, we saw his tackle with Ansu a few days ago, I try not to run into him in training, only when necessary.”

As for Barcelona’s plans and aspirations for the upcoming campaign, Pedri said: “We are preparing for the season with great enthusiasm and with the same goal for every season, to win all the titles and that is the reason for these signings.”

The former Las Palmas gem also highlighted that success in the UEFA Champions League is something that Barça hope to achieve in the coming year.

“Every season we are excited to fight for this title. Last year Ansu’s injury didn’t help us with that. Barca is always one of the favorites to win,” he said.

Recent reports have suggested that the Blaugrana have identified Athletic Club and Spain defender Inigo Martinez as an alternative for Jules Kounde.

When quizzed about Barcelona’s interest in the 31-year-old centre-half, Pedri replied: “I hope it can happen. It is true that there were many names, but we will see what happens.”

Barcelona will be in action against arch-rivals Real Madrid next in a pre-season Clasico and Pedri will be hoping to inspire his team to victory as the new campaign closes in.