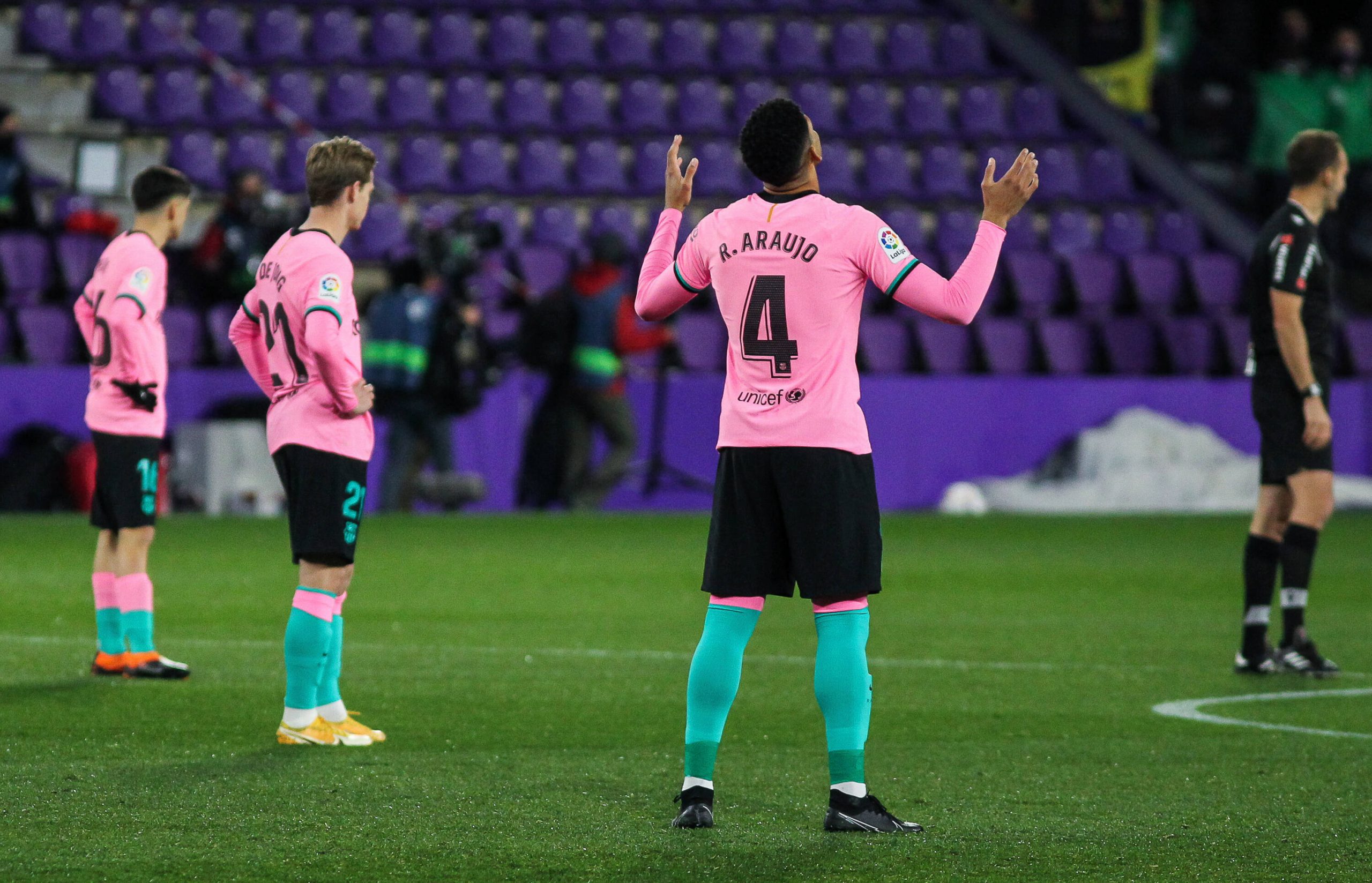 Ronald Araújo has been the revelation of the season for the Catalans. In a year that’s bound to be even more difficult as times goes on and in which good results have been few and far between, the young defender has been the shining light.

This morning, Mundo Deportivo have published an exclusive interview with the centre-back as he has expressed his desire to continue at Barcelona for many more years to come.

Araújo wants to make history with the Catalans and claim trophies aplenty in what he hopes will be a glorious career in the future. Of course, Ronald Koeman’s influence should not be disregarded too.

In the interview, Araújo talks about the coach’s vast knowledge, especially because he himself was a defender back in the days. This, needless to say, plays a huge role in the player’s own development.

SPORT, on the other hand, are still focusing on Eric García. But despite everything being in place between the player and the club, there are more complications on the horizon.

It seems the outlet is suggesting there’s a difference in opinion between the current board and the three main presidential candidates as to how to approach this deal altogether.

Some are in favour of incorporating the young centre-back this January while others would like to wait until the summer and then get him for free.

Either way, the window is about to close so whatever decision they make, they better make it fast.