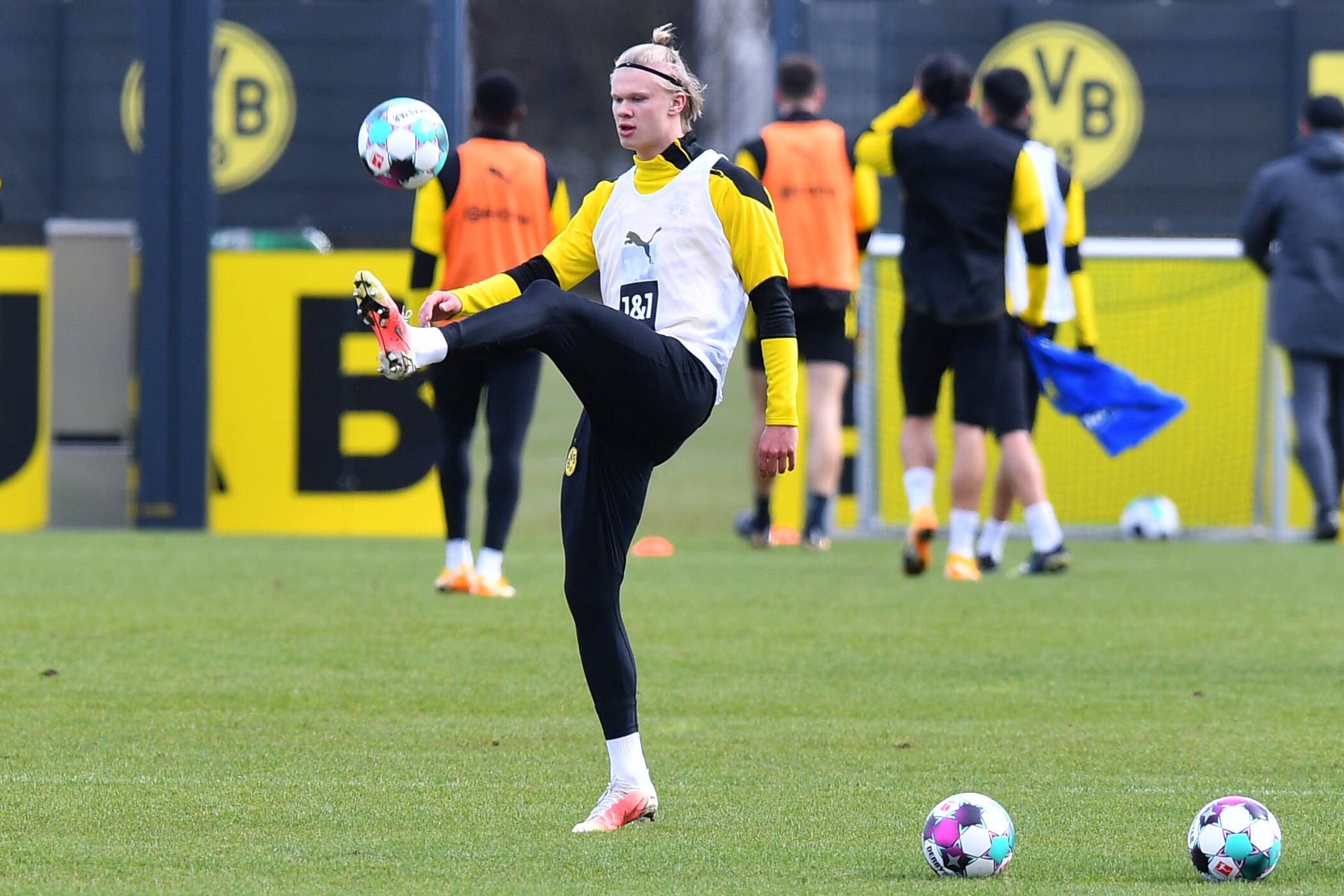 With Joan Laporta officially inaugurated into office as Barcelona president, transfer speculation is naturally at its peak once more. Erling Haaland- the name on every top club’s lips in Europe, is again at the center of discussion.

The young superstar is heavily linked to a move away from Borussia Dortmund in the summer, with two of Spain’s giants in Barcelona and Real Madrid heavily linked to the Norwegian. The media are doing their best to fan the flames of the potential transfer.

As SPORT eagerly point out, Joan Laporta has already reached out to Haaland’s entourage in order to make headway for a move. Laporta shares a great relationship with super-agent Mino Raiola, who represents Haaland right now. They have previously worked together on the Zlatan Ibrahimovic and Maxwell deals during Laporta’s previous tenure as president.

The outlet state that Barcelona are in a race with Manchester City and Real Madrid for the 20-year-old’s signing. But the transfer is not as easy an operation, given the state of Barcelona’s accounts. They must reduce their wage bill and offload players for more than 100 million euros to make Haaland’s signing from Dortmund viable.

Mundo Deportivo on the other hand, say that with the formalities out the way, it is time for Laporta and his team to get to work and tackle the long list of issues they are facing one-by-one.

The first meeting of the board served to highlight the division of responsibilities and chart out the organisational hierarchy under the new president. The three vice-presidents and their roles have been highlighted with Elena Fort as the institutional VP, Rafael Yuste as the sporting VP and Eduard Romeu, the latest addition to ‘Estimem el Barça‘, as the economic VP.

The outlet also subtly highlighted a quote from Andre Cury, ex-Brazil scout and formerly the agent of Neymar Jr. He states that Neymar wants to reunite with Lionel Messi, but playing for Barça and not PSG, contradictory to recent rumours, which have been flowing in full force.