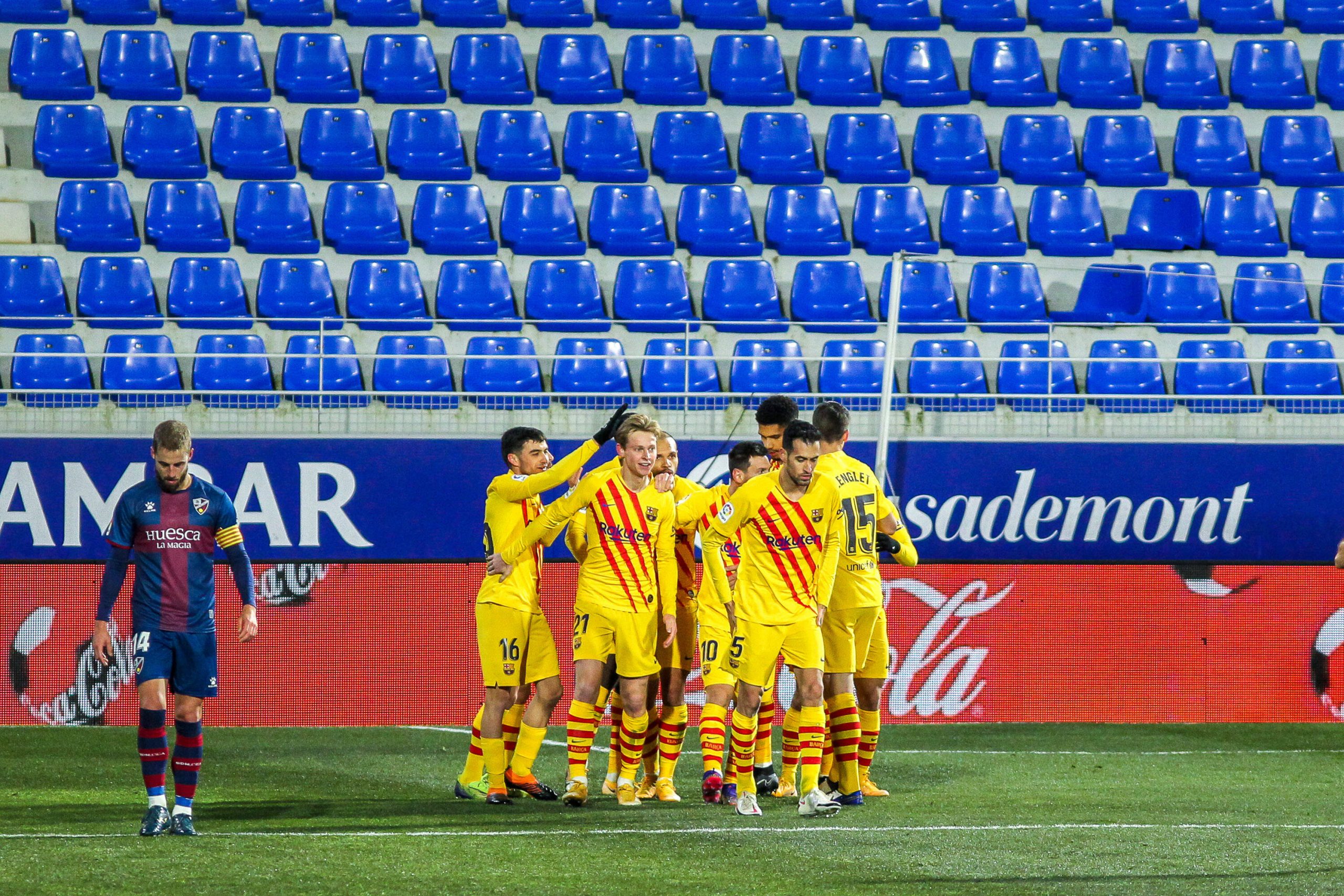 Barcelona kicked off 2021 with a victory, albeit a very strange one. The Catalans were dominant throughout most of the game against the newly-promoted Huesca but could only score a solitary goal for their troubles.

Still, that was enough to get the three points so SPORT call it the ‘golden goal‘. There are a couple of takeaways from the game though.

Lionel Messi was the one who deployed a great ball into the box to connect with Frenkie de Jong’s run from the deep to score the winner and it was an overall great action by Barcelona. They managed to dominate the first half but had troubles finishing off their opponent.

Mundo Deportivo are saying the same thing. Their title focuses on De Jong as the Dutchman decides the game in Barça’s favour.

Messi also played his 500th game in La Liga and despite a good performance, it wasn’t a match to remember. Still, the victory is all that counts and it gives Barcelona some options moving forward.

Improvements, however, are still necessary.