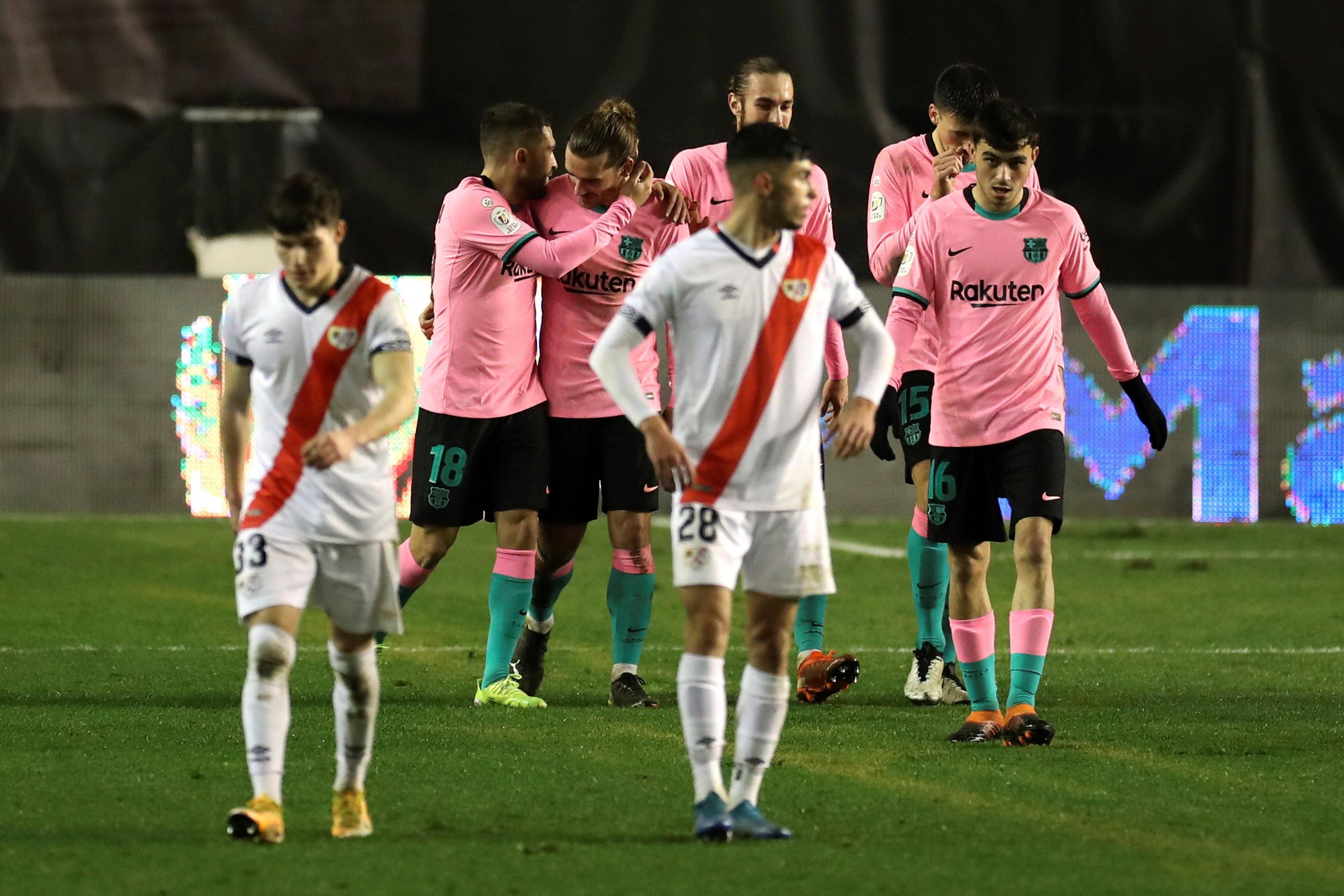 Even though it looked bleak for the first 45 minutes of the game, Barcelona managed to overturn their eventual deficit and advance to the quarter-finals of the Copa del Rey. Seeing how it’s the only competition in which they are still firmly alive, this is great news for the Catalans.

The papers this morning are all reacting to Ronald Koeman’s in-game management and for once, the Dutchman is being praised. Mundo Deportivo talk about a ‘reaction‘ from Barcelona as they woke up in the second part of the clash.

Even though it were Lionel Messi and Frenkie de Jong who put the finishing touches, there were other good performers on the night and Barcelona managed to create many chances. Not only that but they hit the post three times.

SPORT are on the same page, praising Koeman and his proper usage of substitutes.

They were asleep throughout most of the game but the changes in the second half really stirred things up for the better. This is a great sign because usually, when they go behind, there is often no coming back.

However, this Barcelona, Koeman’s Barcelona, is showing signs of improvement and is slowly but surely getting rid of their ghosts of the past.

Let’s hope it can continue long into the future.