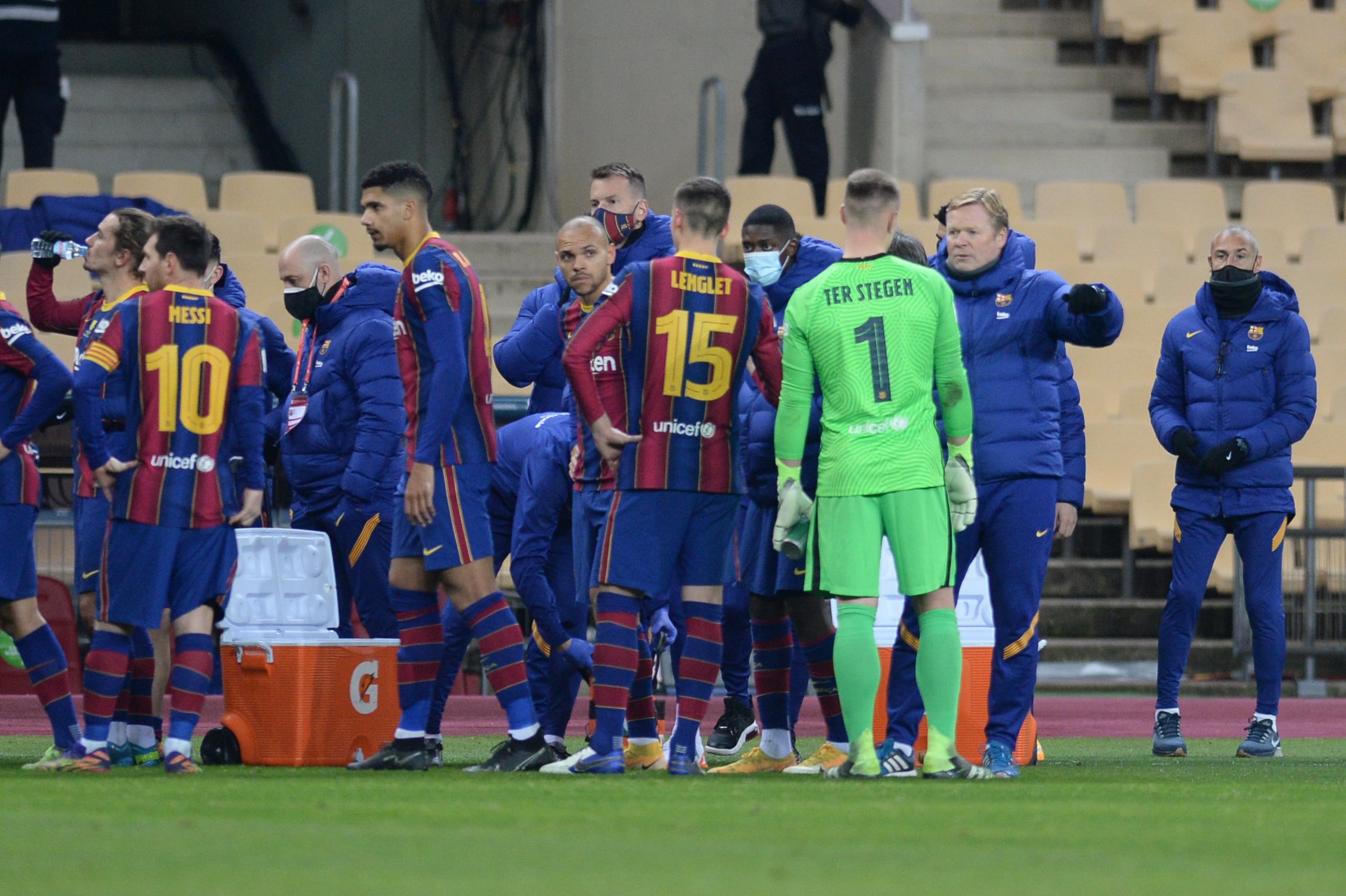 It was supposed to be a night to remember, and frankly, it was, just not the way we had imagined it beforehand. Barcelona couldn’t clinch the Supercup title against Athletic Club as things took a bad turn towards the end of the clash.

The papers this morning are all over the whole event, albeit not in a good way. Mundo Deportivo say there is ‘No faith‘ and mention how Barça crumbled in extra-time but also that their opposition showed much more heart.

The Catalans were ahead twice, both times courtesy of Antoine Griezmann, but couldn’t hold onto the lead. Not only that but Lionel Messi saw red for the first time in his club career and had to leave the pitch at the very end of the clash.

SPORT are saying something along similar lines, mentioning how Barcelona were on the brink of victory but let it slip through their fingers once more.

A 90th-minute equaliser forced another extra-time battle for the Catalans and then they conceded a proper screamer that was worthy of ending the game right then and there.

There’s no denying they were frustrated and angry but Athletic Club took advantage of it and are now deserved winners of the Cup.