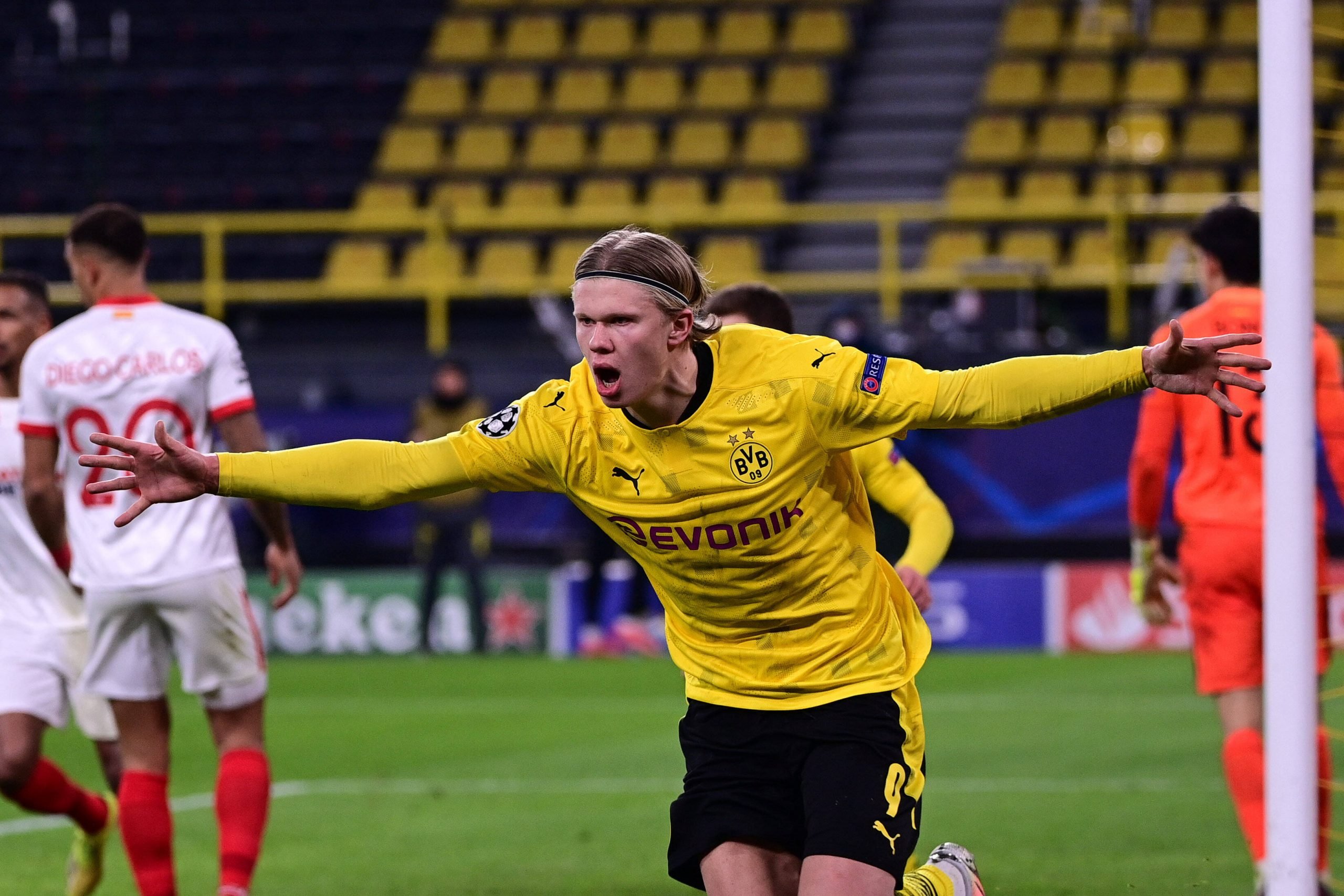 Borussia Dortmund striker Erling Haaland’s name is on everyone’s lips right now. The young superstar is one of the hottest prospects in world football, with a number of top clubs vying for his signature in the coming summer. The two biggest names however, Barcelona and Real Madrid.

The media was set alight yesterday as Haaland’s representatives were seen touching down in Barcelona. His agent Mino Raiola and father Alf-Inge Haaland, were picked up by Barcelona president Joan Laporta’s entourage for meeting to discuss Haaland’s potential move to Spain.

Shortly after the meeting concluded, reports emerged saying that Raiola and Haaland Sr. departed for Madrid to meet with Los Blancos for the same. Other major clubs like Manchester City, Manchester United and Bayern Munich are also interested, but Spain seems like the likeliest destination right now.

Today’s edition of MARCA reports that the two eternal rivals have already locked horns to obtain who is one of the biggest rising stars in world football right now.

Since then, a whirlwind of speculation has begun circulating, with both sides of the media trying to show how one club has the edge over the other. El Transistor reported that one of Haaland’s conditions to playing at Real Madrid is that Martin Odegaard, currently on loan at Arsenal, should accompany him.

Meanwhile, Cadena SER reported that Haaland’s entourage never met with Real Madrid Florentino Perez as they had other prior commitments. The Madrid media on the other hand, believe that Haaland’s signing is almost a given and that he is excited to play under Zinedine Zidane.

Multiple reports highlight that the meeting between Laporta and Raiola went well, with the Catalans assured that they can offer Haaland a desirable contract. Even before the La Liga El Clasico on the 11th of April, Barcelona and Real Madrid have already commenced battle off the pitch for the 20-year-old.