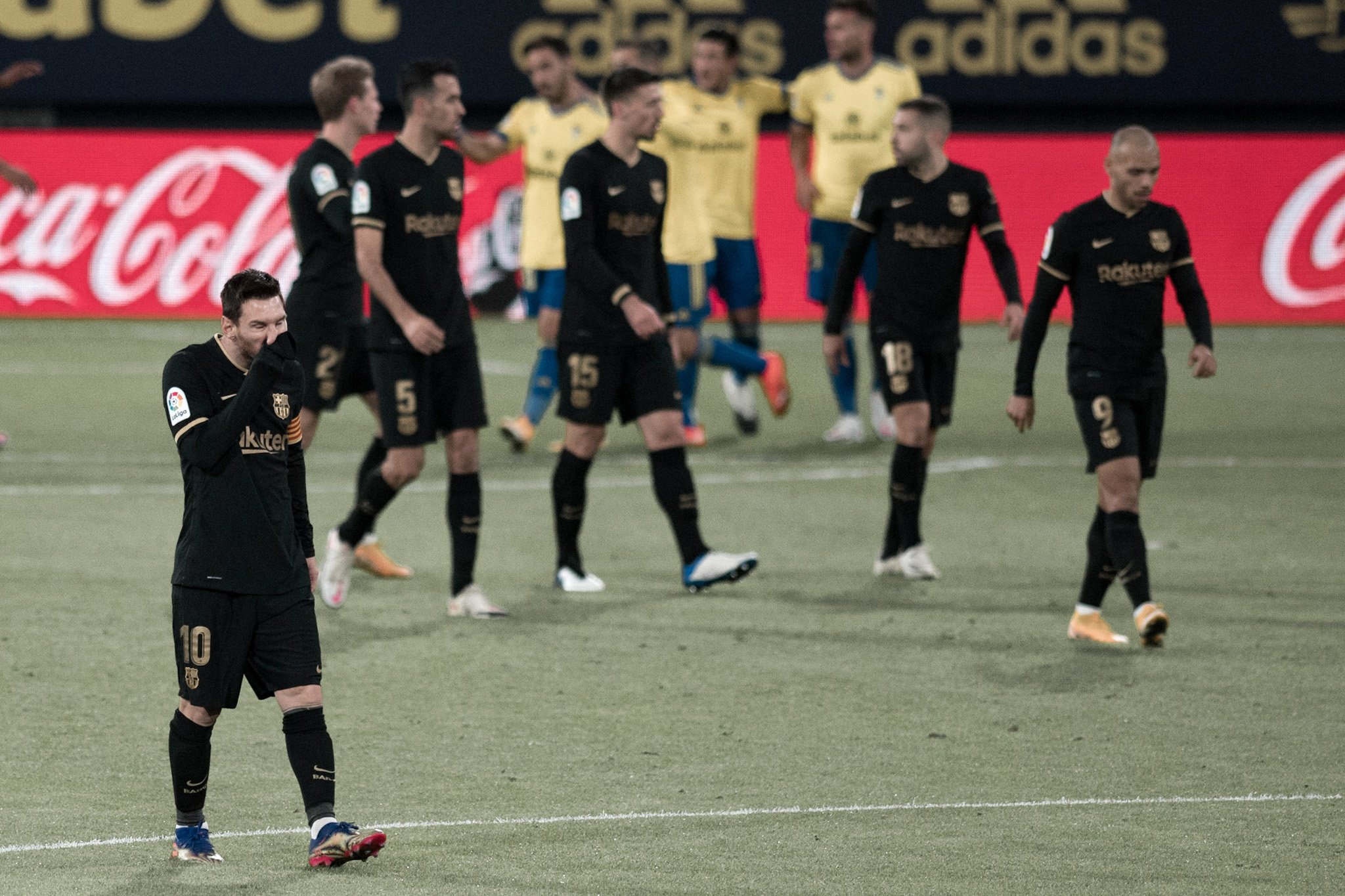 After a run of 5 consecutive wins, the storm has caught Barcelona once again. The Catalan club lost 2-1 away against Cadiz in a game that consisted of a not-too-bad display, but in the end, made the team lose 3 more points in the La Liga campaign.

Mundo Deportivo wrote ‘Fatal Mistakes’ on its cover, referring to the horrible defensive mistakes in the defence, first from Mingueza, followed by Alba, Lenglet, and Ter Stegen.

The loss put Barcelona 12 points away from Atlético Madrid who are currently leading the table and are considered as biggest favorites to win the La Liga 2020/21 title.

‘What a blunder’, as SPORT says. Considering the fact that Barcelona dominated the game with 83% possession, there really is no explanation for the loss. Busquets perfectly summed up the situation at Barcelona after the game: “If we had an answer to what’s happening with us, it probably wouldn’t happen anymore.”

While everything seemed to go in the correct direction at Barcelona, this loss ruined the hopes of many Culés. The loss hurts, even more, when it comes from a relatively weaker side. Not to mention that key players were rested in the Champions League four days ago just to win the crucial League games.

Koeman will certainly not give up on La Liga, but at this point, it is clear that Barcelona is heavily falling behind. If the Dutchman wants to win the title, his team has no luxury to drop points anymore, especially considering Atlético’s current form.