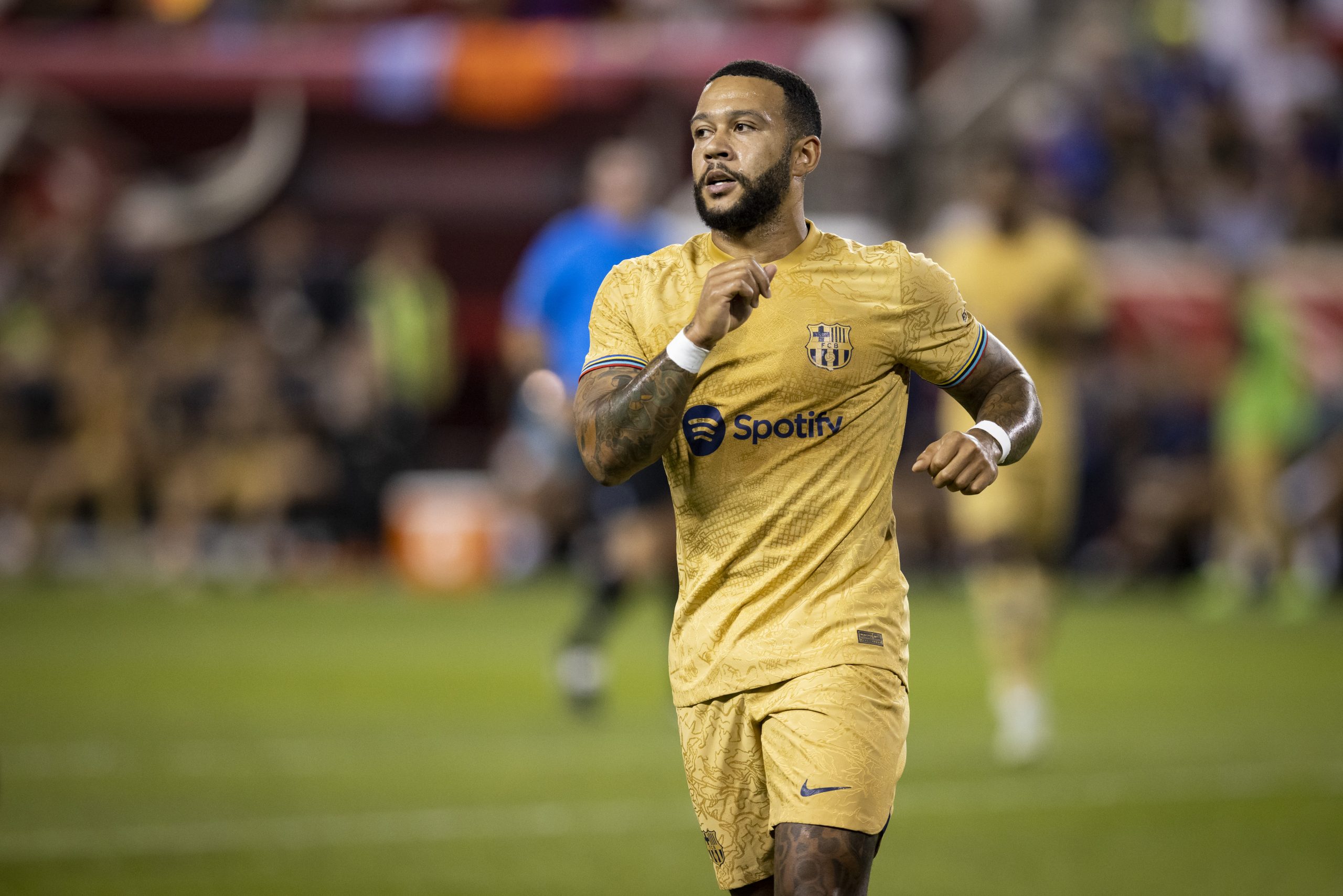 Barcelona are enduring yet another busy month as they look to get their squad sorted ahead of their season opener against Rayo Vallecano.

While the club’s struggles in registering the new signings have already been well documented, they are set to receive a welcome boost as Juventus are reportedly closing in on the capture of Memphis Depay.

This has been reported by transfer expert Fabrizio Romano, who suggests the talks between the two parties are going well. They have had positive contact even today, with the attacker reportedly intrigued by the idea of moving to Turin.

The news of Memphis’ potential exit comes in the aftermath of Barcelona informing the attacker of his diminishing role in the team, following the summer signing of Robert Lewandowski.

The Dutchman has already relinquished his number nine shirt to Lewandowski and is likely to fall behind the Pole and Pierre-Emerick Aubameyang in the pecking order, as far as Barcelona’s new season plans are concerned.

With that in mind, Depay is prepared to move elsewhere in order to further his career and that is where Juventus have come into the fray.

The Bianconeri are eyeing the former Manchester United starlet as the ideal replacement for Paulo Dybala, who joined AS Roma on a free transfer earlier this summer.

Romano believes Juve are ready to offer Depay a two-year contract that will keep the player in Turin until 2024. They are expected to pay Barça a meagre fee for the services of the Dutchman, whose current contract at Camp Nou expires in 2023.

There were talks of a potential loan deal, but with the attacker’s contract expiring at the end of the 2022/23 season, Barcelona are holding out for a permanent deal as it would go a long way in helping the club register the new signings by the end of this month.