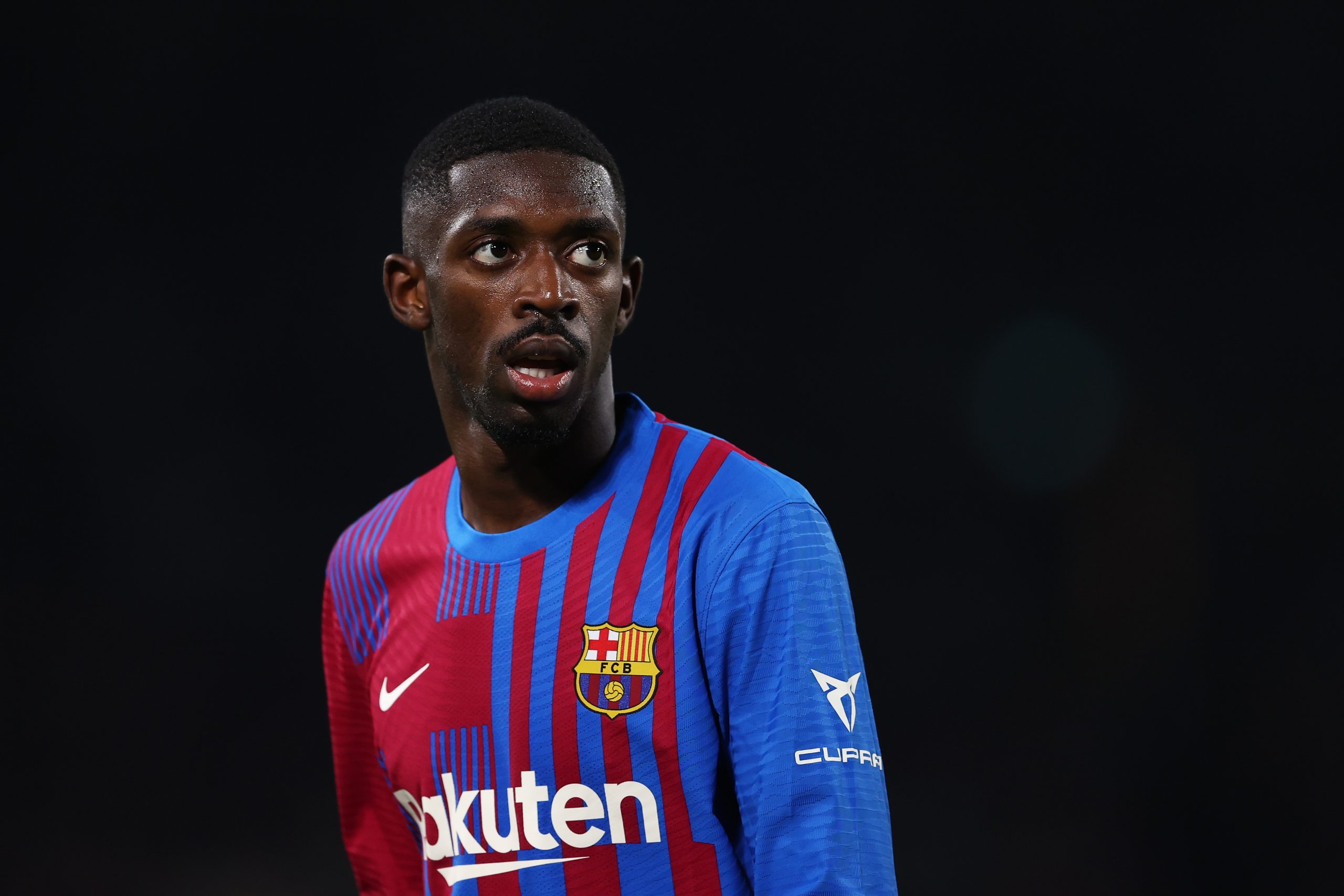 After a long-running soap opera that went on for months together, Ousmane Dembele has finally signed a new contract with Barcelona.

The 25-year-old had become a free agent when his previous deal expired on June 30. But, with no major European club taking an interest in signing him on a Bosman deal, the French ace was left with little choice but to renew with the Blaugrana.

Dembele has signed a two-year contract with Barcelona, which will run until the summer of 2024.

Reports in France suggest that he will be pocketing an €11 million per year net salary, but Spanish sources claim that those figures are inaccurate, with the winger supposedly taking a 40% pay cut.

Nevertheless, Dembele is a Barcelona player yet again after close to two weeks of being a free agent. Speaking at his presentation after signing the contract, the forward said:

“I feel very happy about the renewal. Barça has been my dream club since I was little. I really want the season to start and give it my all.”

Talking about his time at Camp Nou, Dembele added: “The first years when I arrived here were difficult for me with all the injuries, but now I now feel part of the team and the city and I will continue to defend the crest.”

Dembele admitted that he took his time for the renewal, but insisted that staying at Camp Nou had always been his priority.

“My renewal has always been a priority for me. I told the boss and coach about that. It took a long time, but now everyone is happy. I’m looking forward to starting the season and helping the team. Barça have to compete for La Liga and the Champions League,” he said.

“I will work hard with the coach. Hopefully this is the year for me and Barça,” he added.

President Joan Laporta also spoke on the occasion, stating his admiration for Dembele, as he said: “I admire Dembélé as a player and person. It is an important day for the club. Ousmane is a very good player and we all know that. It is difficult to compare him with anyone on the football pitch.”

The Barcelona supremo thanked the Frenchman’s agent Moussa Sissoko and everyone else involved who made the contract extension possible.

“I’d like to thank everyone who made this deal possible including Dembélé’s agent, Sissoko,” Laporta said.