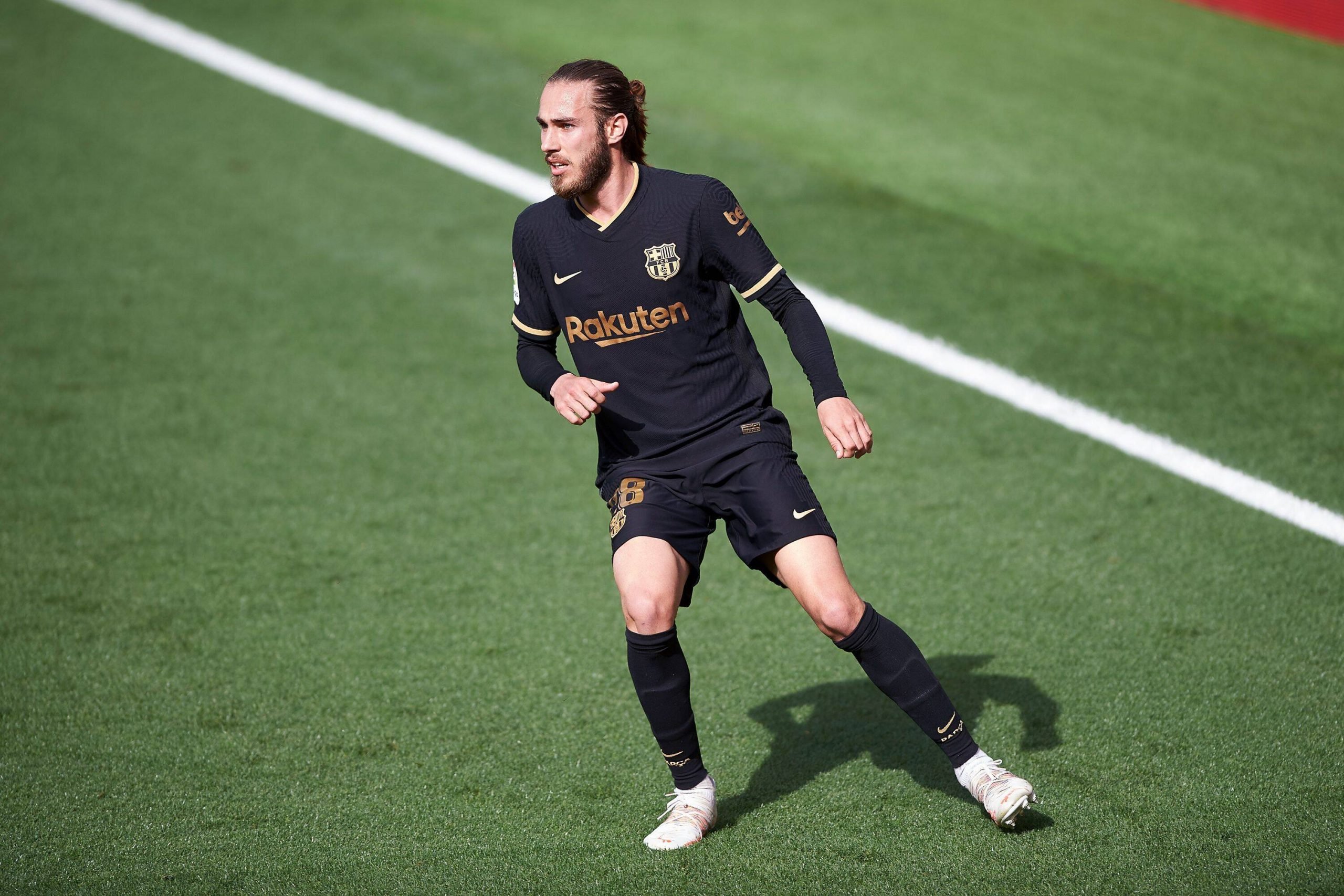 The 21-year-old was promoted to the first team from Barcelona B in November, making his debut in a 4-0 Champions League group stage victory against Dynamo Kyiv.

Mingueza has shown incredible promise under the tutelage of Ronald Koeman this season and has got off to a fantastic start to his Barcelona career, despite being relegated to the Barcelona B bench prior to his promotion.

The Catalans’ faith in the youngster was recently made official, with the Spaniard signing a contract renewal with his boyhood club till 2023 that reportedly features a massive 100 million Euro release clause.

Speaking about his contract, Mingueza stated: “I worked for years for this, and signed a contract with the first team now. I am very happy and proud to have this opportunity after all the support I have received. It’s been a long process, and I’ve suffered a lot, and I’ve spent many years.”

Despite what would appear to be happy news for most Barcelona fans, it comes at an unfortunate time with La Blaugrana blowing the title race wide open after failing to go on top of the La Liga table after suffering a 2-1 loss to Granada on Thursday.

Speaking about the defeat, the defender emphasised that the race is not yet over: “We are sad because of the defeat against Granada, but there are five games left in La Liga. If we win all the matches, then surely some of the competing teams will lose points. If we have a chance, we’ll fight to the end, and we’ll give everything we have.”

With the near-guaranteed arrival of Eric García in the summer alongside the promise shown by Mingueza and fellow Barcelona B defender Ronald Araújo, the Catalans find themselves exceedingly well endowed in the center-back position for next season.