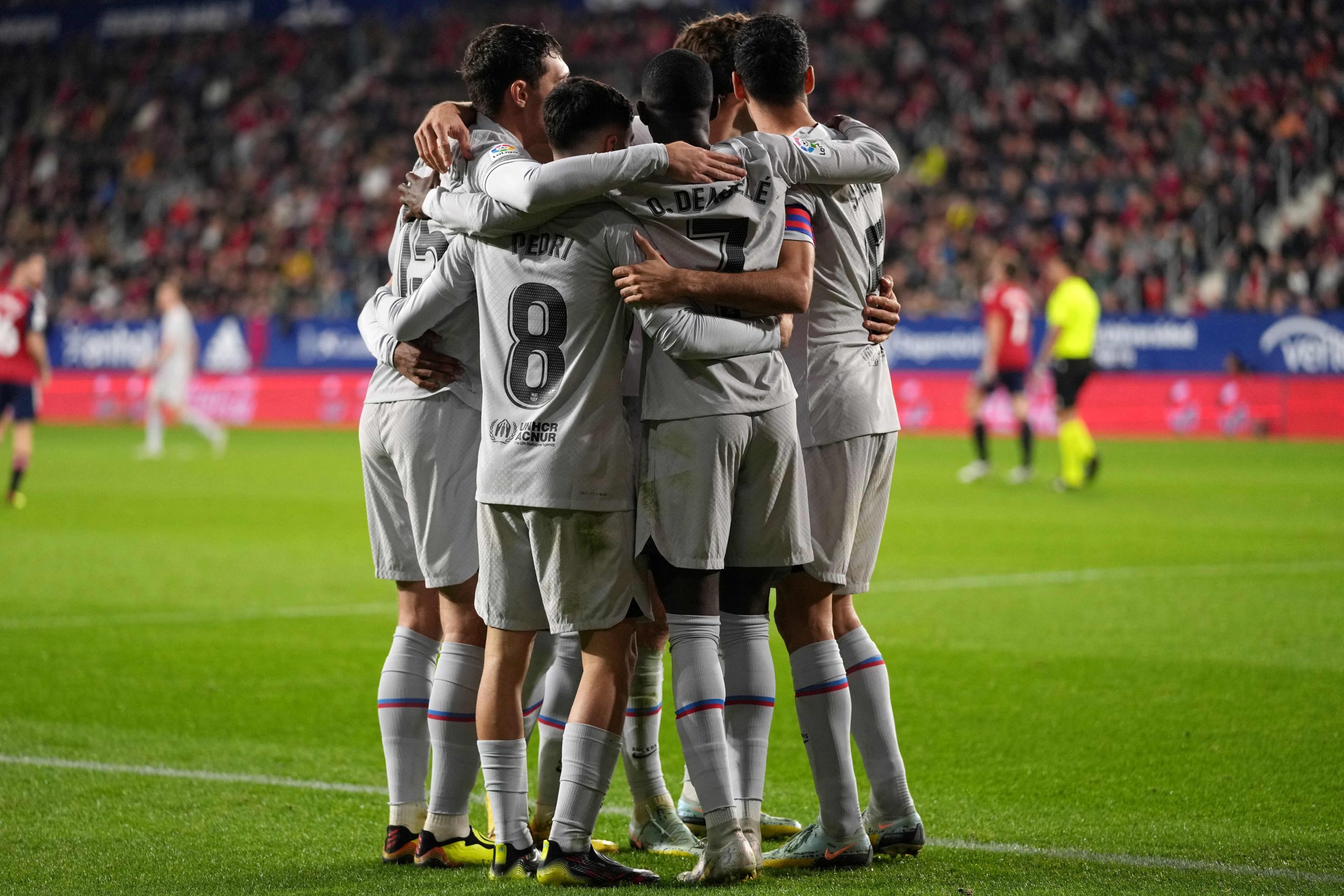 Barcelona stepped onto the field for one final game before the long international break on Tuesday night as they faced an in-form Osasuna side at El Sadar. The Catalans did not have a great record at the stadium heading into the clash, and the game that unfolded was no different.

Frenkie de Jong, Sergio Busquets and Pedri started in the middle of the park while Robert Lewandowski starred in the forward line alongside Ferran Torres and Ousmane Dembele.

The hosts got an early boost in just the fifth minute when they converted from the corner kick. Ruben Garcia’s delivery into the box was flawless and David Garcia sent it goalward with a great header.

After a light deflection from Unai Garcia, the ball found its way into the back of the net. There was controversy around a possible foul on Marcos Alonso, but the referee did not hear any of it.

The big twist in the game came at the half-hour mark when Robert Lewandowski had himself sent off for a strong challenge on David Garcia. The foul was totally unnecessary, and a replay reveals that the Pole very intentionally struck the centre-back in the face.

Ferran Torres got onto the end of Jordi Alba’s cross late in the first half and buried it into the net. However, his effort was ruled out for offside.

Heading into half-time, it was clear that Osasuna held the advantage. Not only did they have a one-goal cushion but also controlled and dominated the half as very few sides have against Barcelona this season.

Despite being a man down, the Blaugranas found a way back into the game early in the second half. They got back on level terms in the 48th minute when the ball fell loose in the Osasuna box after Alba’s cross. Pouncing on the ball, Pedri smalled it into the bottom corner.

Gerard Pique was sent off on the bench on his final game as a Barcelona player, closing any doors of a possible final appearance.

Chimy Avila struck the ball sensationally from outside the area in the 69th minute but Ter Stegen pulled off a world-class save to keep it out.

Osasuna went on the constant attack in the final ten minutes against the ten-man Barcelona as they looked to take all three points in front of their supporters.

Xavi’s men sensationally took the lead through Raphinha in the 86th minute when Frenkie de Jong sent a ball over the top into the Osasuna area. With a well-timed run, the Brazilian headed the ball over Aitor Fernandez to give his side the lead.

Chadi Riad made his Barca debut two minutes later as he replaced Pedri. Frenkie de Jong moved back to midfield and the youngster took his spot alongside Alonso.

The game ended 2-1 in favour of ten-man Barcelona who showed great resilience to score a comeback victory despite their early setbacks. The win at El Sadar means that the Catalans head into the World Cup break on the top of the table, a scenario that seemed impossible last week.