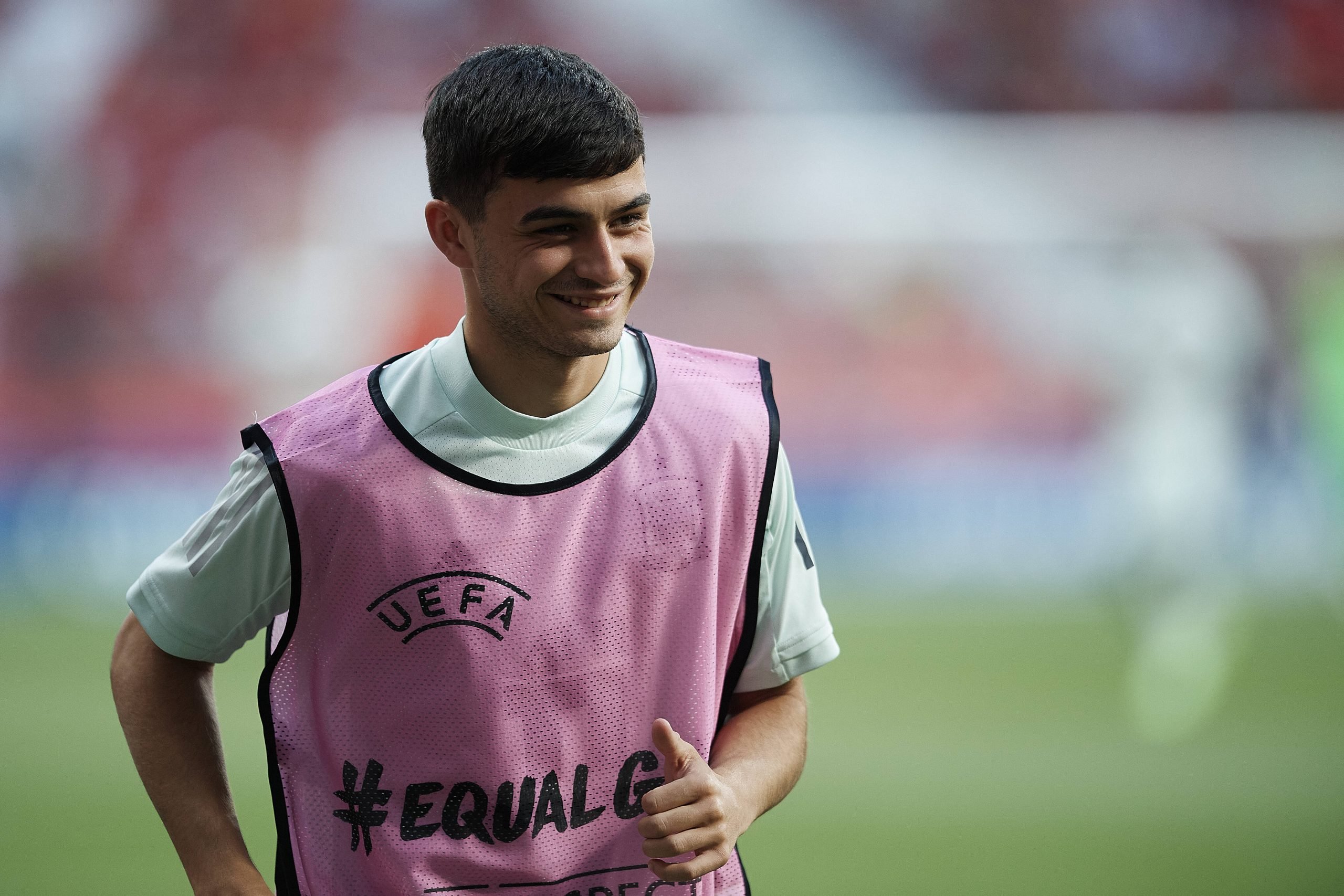 Barcelona’s breakthrough superstar Pedri Gonzalez has officially been named the Euro 2020 ‘Young Player of the Tournament’ by UEFA’s team of technical observers for his stellar performances with Spain at the championships in their run through to the semi-finals.

Luis Enrique’s Spanish side had a deep run into the tournament, losing out in the semis to eventual champions Italy in a penalty shootout. However, La Roja could take away plenty of positives from the tournament, one of them being the emergence of young stars to lead their new generation.

Pedri Gonzalez was one of Spain’s best players during their Euros campaign, with coach Luis Enrique lavishing praise on the young midfielder, saying: “What Pedri has done in this tournament, at 18, no one has done. Not even Andrés Iniesta did that; it’s incredible, unique.”

The Barcelona starlet was Enrique’s most used player at the tournament, playing 629 minutes out of a possible 630. His pass accuracy was a staggering 92.3%, completing 429 passes out of the 465 he attempted and he covered the third most distance at the tournament, only behind Jorginho and Kalvin Phillips, both of whom played one more game than Pedri in the final.

Only players are born on or after 1st January 1998 are eligible for the award, which considers individual and collective performances, as well as the players’ attitudes while on the pitch.

UEFA’s team of technical observers have crowed the teenager who checks all the boxes of a future superstar with the award. This team includes some big names that Pedri has managed to impress, including revered Italian coach Fabio Capello, ex-Argentina international Esteban Cambiasso, Ireland legend Robbie Keane and Premier League coach David Moyes, among many others.