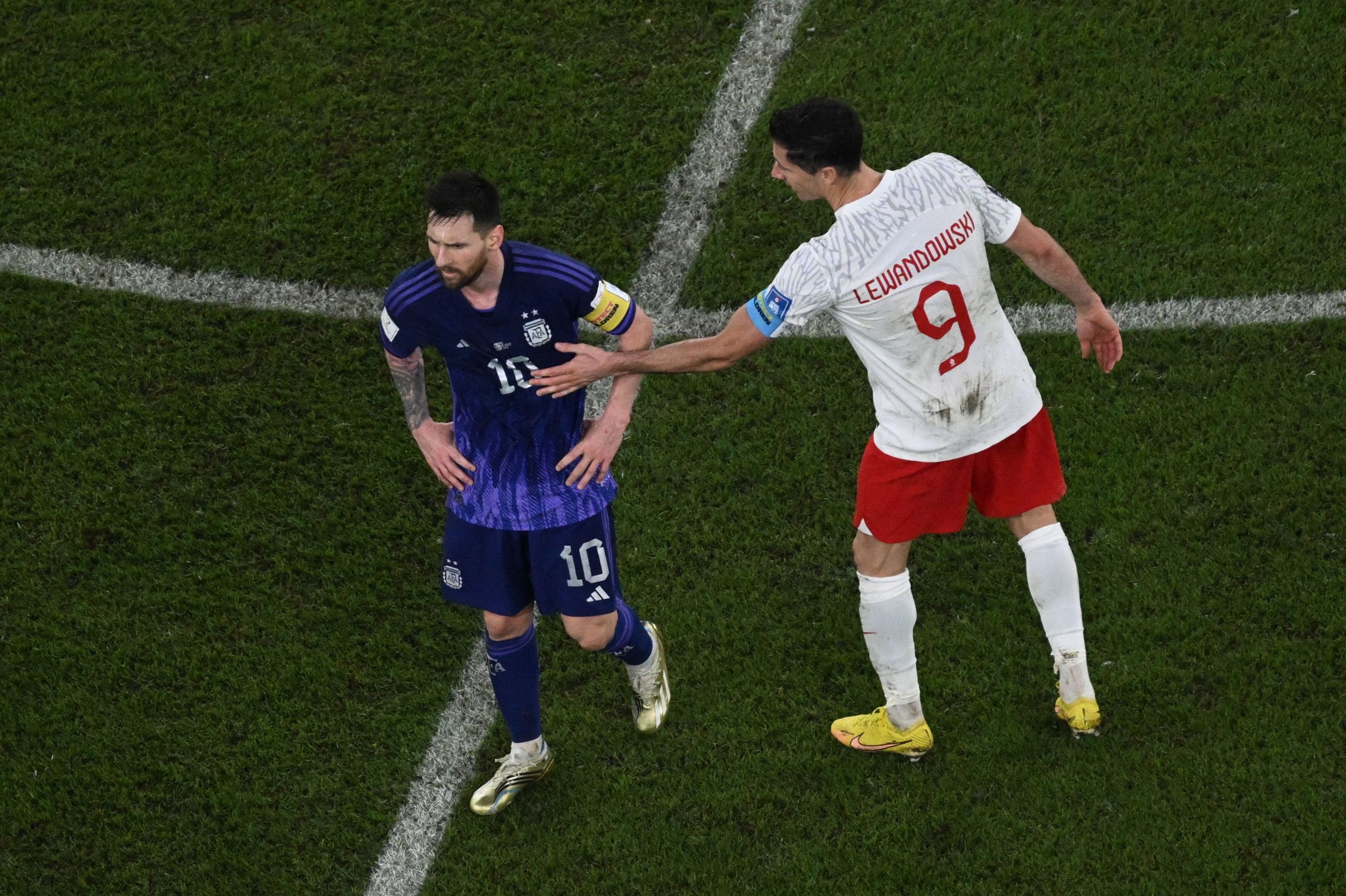 Barcelona players have largely been doing very through the 2022 World Cup, with the likes of Pedri, Gavi, Sergio Busquets, Jordi Alba balling out for Spain, while Jules Kounde’s France have already qualified for the round of 16.

The good news did not stop there, either, as Robert Lewandowski’s Poland went through to the knockouts as well, despite a loss against Argentina on the final day of the group stages.

At the same time, Lionel Messi booked a place in the next round, too, with two consecutive wins. He was on target against Saudi Arabia on the first matchday from the penalty spot, then again against Mexico in the same game.

He did, however, miss the chance to add a third goal to his tally tonight. Faced with the task of beating Wojciech Szcesny from the 12-yard line, his penalty was saved brilliantly by the Polish goalkeeper.

Poland are going to face France in the round of 16, while Argentina take on Australia.

The winner of France vs Poland will have to lock horns with one of England or Senegal, while one of Argentina or Austrlia will go head-to-head vs the winner of Netherlands vs USA in the quarter-finals.