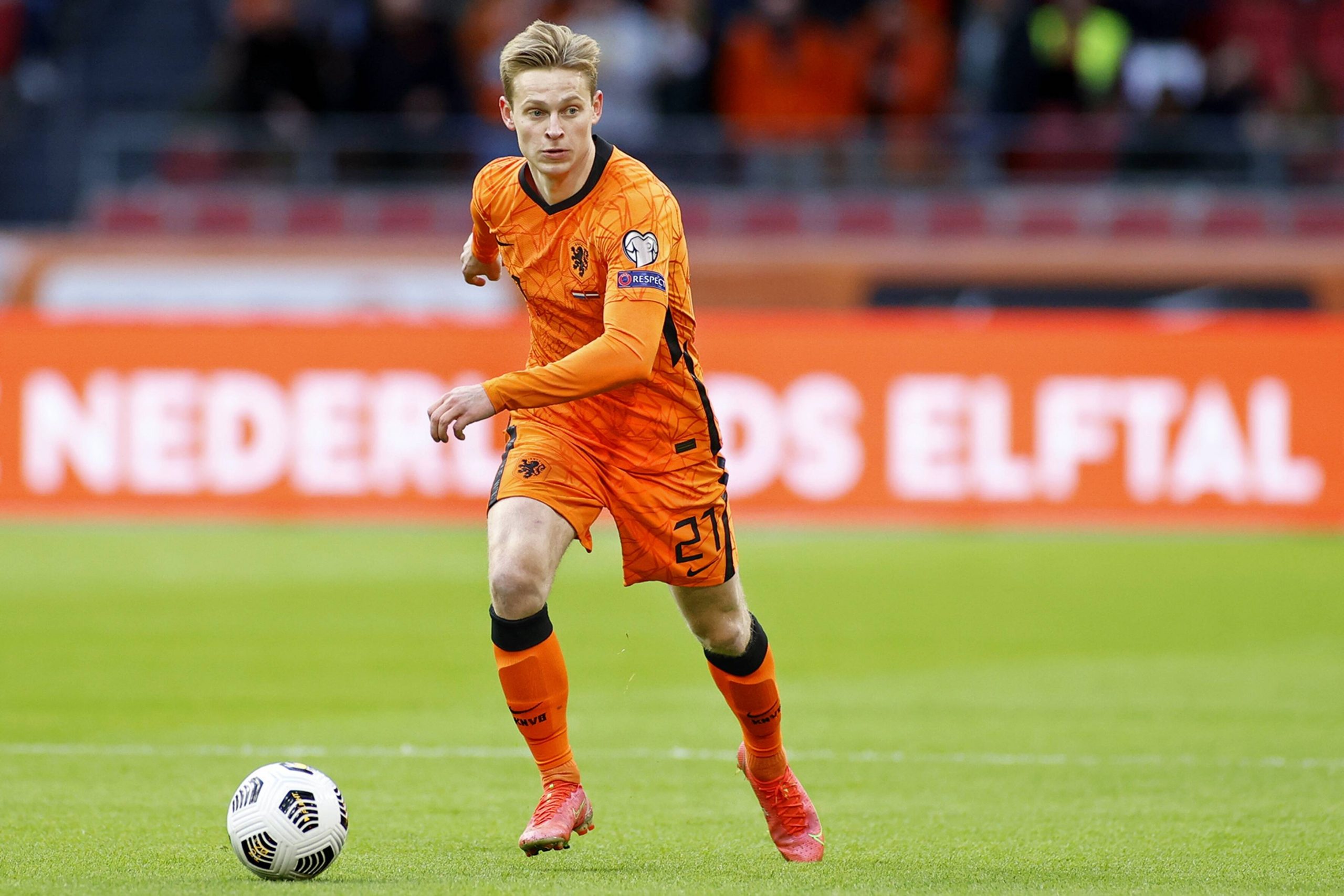 Numerous national teams have announced their official squads for the upcoming EURO 2020 competition; most recently, the Dutch national team under Frank de Boer.

The Netherlands’ team was under the management of Ronald Koeman, who did a fine job at the side before moving to Barcelona last summer. Under the Dutchman, Frenkie de Jong was a regular starter, and it seems that the Oranjes are relying on the 24-year-old, who features on the squad list.

The midfielder has had an incredible season for La Blaugrana, massively outperforming his previous-season self. He has comfortably fit into numerous roles on the pitch, all the way from a forward-bursting central-defender to an assist-providing playmaker, having amassed 7 goals and 8 assists despite lying far deeper in the pitch.

De Jong features alongside attacker Memphis Depay and defender Matthijs de Ligt, both of whom have been linked with a move to Camp Nou this summer, with the former looking likely, reportedly already having agreed to conditions with the club, including reduced wages.

The Oranjes line up in a 4-2-3-1, with de Jong as a driving pivot, similar to the role he played at Ajax and the Netherlands side under Koeman. The Dutch side were gifted with a relatively easier group for the EURO competition with Ukraine, Austria, and North Macedonia.

Netherlands’ first group stage matchup will be against Ukraine on June 13th; the Oranjes are lauded to comfortably make it out of their group with the likes of de Jong on the side, despite a relative fall in form under Frank de Boer.