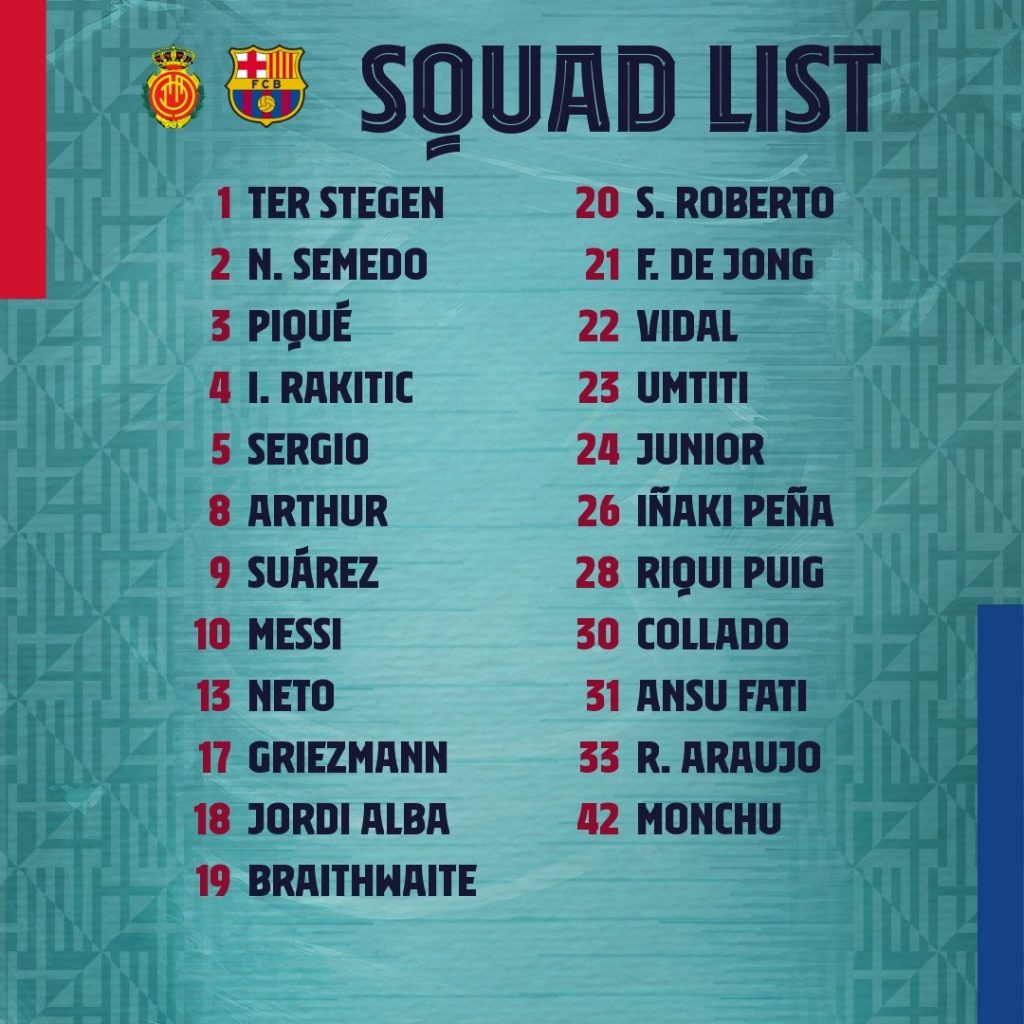 After two months, Barcelona is willing to continue the lead in La Liga, with a win on their sights against Mallorca tomorrow at 10 Central European Time.

Manager Quique Setién has called up all first-team players to travel to Mallorca for tomorrow’s game.

Suarez is officially back, while Messi also has been included in the squad despite the rumors of injury.

Ansu, Iñaki Peña, Riqui Puig, Collado, Araújo and Monchu from Barça B have all been called up to travel to Mallorca.

Yesterday, La Liga returned with the first game between Sevilla and Real Betis which ended in a comfortable 2-0 win for Sevilla. Today, Granada have won against Getafe (2-1)