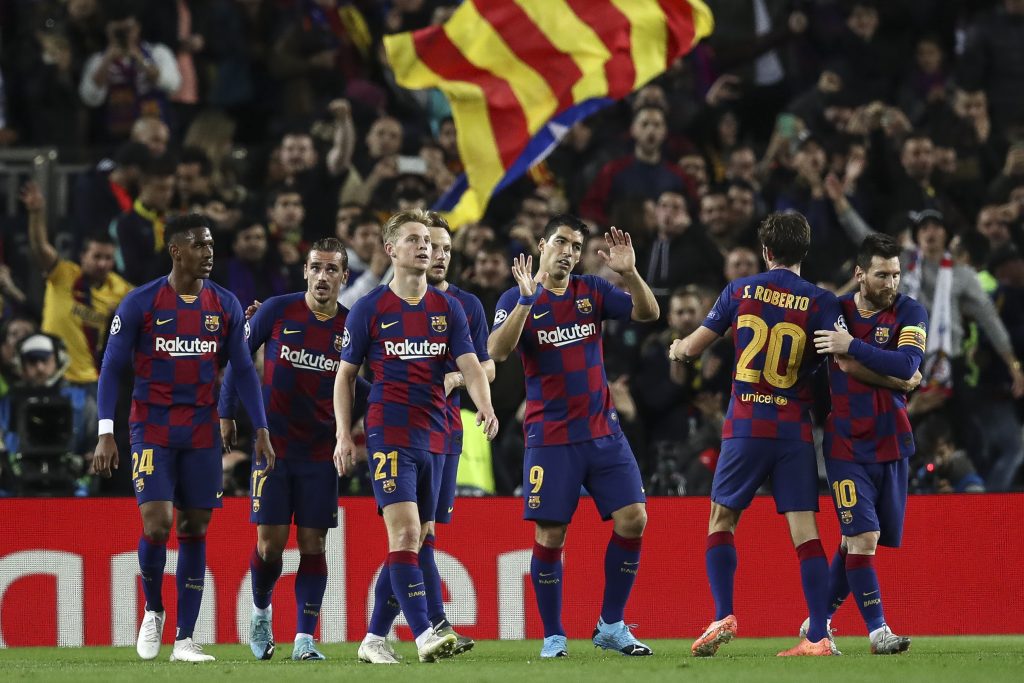 FC Barcelona announced the starting line-up against Napoli in the second leg of the Champions League round of 16 matches.

Barcelona is starting with the classic Messi, Suarez, Griezmann trident in front. In the midfield, Rakitic, De Jong, and Roberto are lined up, followed by Alba, Lenglet, Piqué, and Semedo in the defense. The goal is secured by Ter Stegen, as usual.

De Jong will start after several months of being out due to injury. The Dutchman is expected to lead Barça in the midfield.

Messi, Semedo, and Griezmann are on the edge of suspension. If they want to feature in the quarterfinals (most likely against Bayern Münich), they should avoid a yellow card today against Napoli.

It is worth to mention that Barcelona has not lost a single Champions League game at the Camp Nou since 2013. Also, Lionel Messi has a total of 67 goals and 22 assists in 66 home games for Barcelona in the Champions League. Combining these two statistics, we could say that Napoli will have a hard time – but as always, the ball is round, and we know that Barcelona can struggle from time to time.