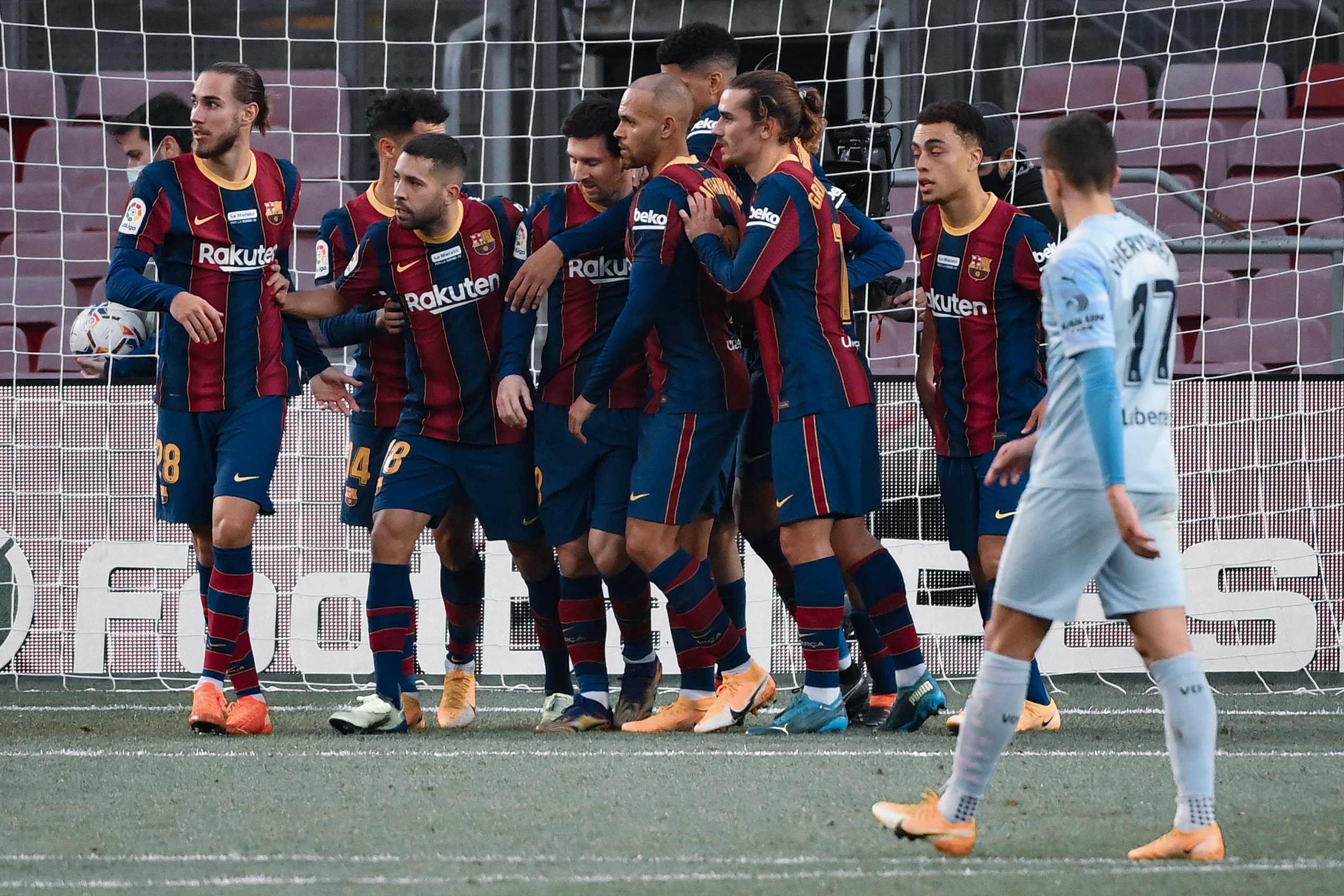 Barcelona have announced their starting XI that will take on Huesca at El Alcoraz for La Liga Gameweek 17. Barcelona have the chance to overtake Sevilla in the table after they dropped points against Real Betis. For this game, Ronald Koeman has structured his team in a 4-2-3-1.

The defence features Araujo and Lenglet at the heart of the defence, who will have to maintain a high, but strict line so as to not allow Huesca to hit them through long passes. Flanking them, will be Sergino Dest at right-back, while Jordi Alba provides width from the left. Marc-Andre ter Stegen takes the burden of the gloves.

Frenkie de Jong will hope to continue his spectacular run as he gets another go from the middle of the park. Partnering him will be Busquets.

Lionel Messi missed the game against Eibar through an ankle injury, but returns to the lineup tonight in the hope to help his team bounce back. Rounding up Koeman’s team are Pedri, Dembélé, and Braithwaite who will have to hit Huesca early to seal the game.

All eyes are on Ronald Koeman tonight, whose job seems to be in grave danger, especially with the presidential elections looming large. Victor Font seems to be ready to let Xavi take over the helm when and if he is elected, so Koeman needs to play all his aces now.