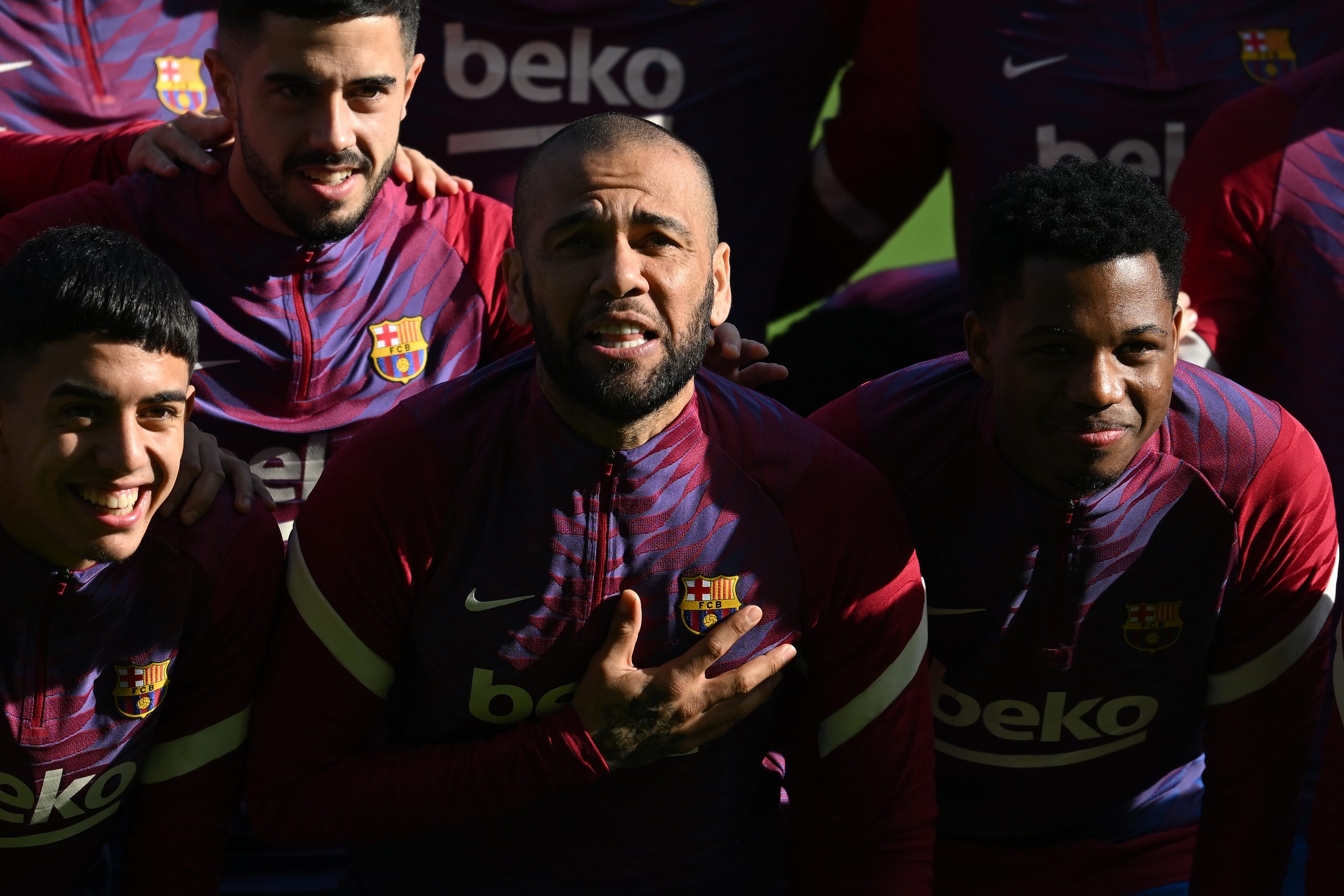 After a winter break, the fixtures continue to come hard and fast for Barcelona, who will shift their focus towards the Copa del Rey after a 1-0 win against Mallorca in the La Liga. Heavy rotation is expected as Xavi has chosen 21 players for this game, including nine from the youth side.

Clement Lenglet and Samuel Umtiti drop out after contracting a stomach bug. The duo tested positive and then negative for COVID within the last week and were expected to start tonight to give the starters some rest.

Happy Dani Alves day! The Brazilian has been officially registered as a Barcelona first-team member, and will likely make his debut tonight in the Copa.

Jordi Alba tested positive for COVID last week but has returned to the squad list after beating the virus. Ousmane Dembele, too, travels with the team despite some heavy controversy surrounding his contract.

Luuk de Jong is suspended and will not travel with the team. He will likely start vs Granada on the weekend, though. Lukas de Vega has been dropped despite participating in senior training this week.