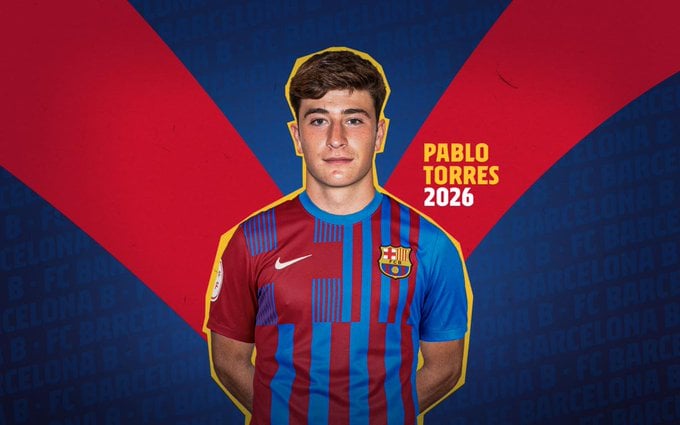 Barcelona have officially completed the signing of Racing Santander midfield prodigy Pablo Torre, as has been announced on their social media.

After two days of rumours, Barça seem to have fast-tracked his signing, primarily because Real Madrid were also credited with an interest.

The official press release states that Barça will pay €5 million in a fixed amount, with variables could take the total sum up to €20 million. He will be handed a four-year contract lasting till June 2026, with his release clause set at €100 million.

Torre will finish his continue at Racing till the end of the season, with the Cantabria outfit fighting for promotion in the third tier. He will then join Barcelona B in the summer, where his progress will determine his promotion.

Touted to be ‘the next Pedri’ by the Catalan media, there are a lot of hopes riding on his shoulders. Barcelona expect him to join the senior team very soon and become part of a long-term project alongside Pedri, Nico, Gavi, and other players.