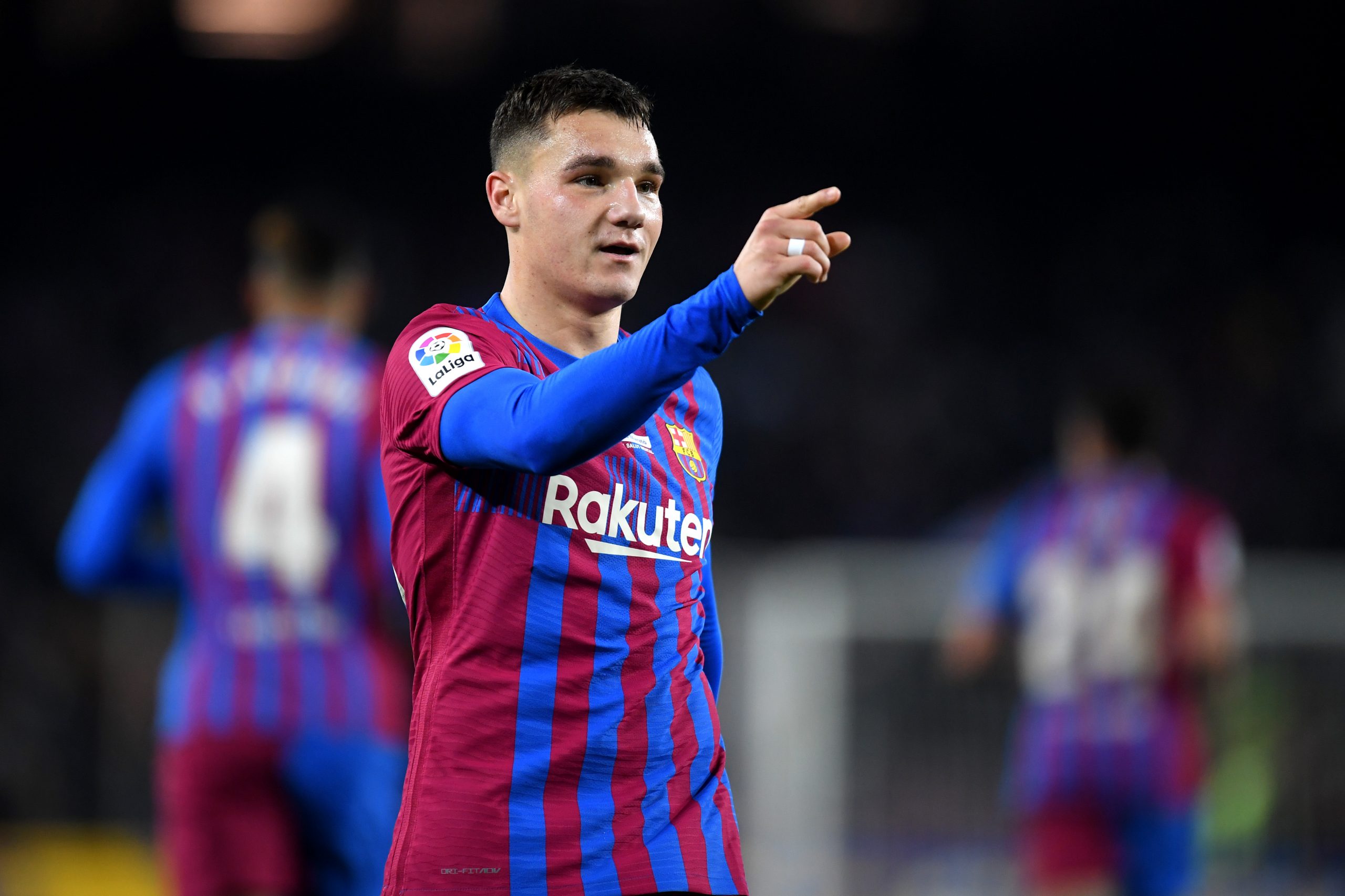 Sergi Barjuan has revealed the official lineup of Barcelona B for the mini Clasico taking place at the Estadio Johann Cruyff. Needless to say, the manager went all out, not hesitating to put up his strongest XI.

Arnau Tenas, the captain of the side, starts in between the sticks. The youngster is touted to be one of La Masia’s biggest goalkeeping talents since Victor Valdes and will look to prove it through performance and leadership.

Guillem Jaime starts as the right-back on the night, with Alejandro Balde at left-back. Balde has been called up by Xavi to train with the first team but is yet to make his presence felt. With the Barcelona manager in the stands, it is the ideal opportunity for Balde to impress.

The centre-backs deployed by Barjuan are the highly-rated Mika Marmol alongside Santiago Ramos Mingo. The duo have been the backbone of the youth team’s defence this season, and could well earn call-ups if they put up a resilient display.

Barjuan’s 4-3-3 setup has three technically skilled midfielders on the field. Matheus Pereira is anchoring the trio, with Alvaro Sanz Catalan and Kays Ruiz Atil on his right and left respectively.

In attack, Barjuan has deployed a star trio of Ilias Akhomach, Ez Abde and Ferran Jutgla. All three players have made their mark in the first team this season and could prove to be a notch too high for Real Madrid’s defence.

Victor Navarro of COPE reveals the list of VIP guests for the special game. Alongside Xavi and his staff, Mateu Alemany, Rafa Yuste and Jordi Cruyff are attending the game. Also witnessing it are Eric Garcia, Gavi and Riqui Puig who themselves were a vital part of the B team. Moreover, Rodrigo Messi (Lionel Messi’s brother) is present too.