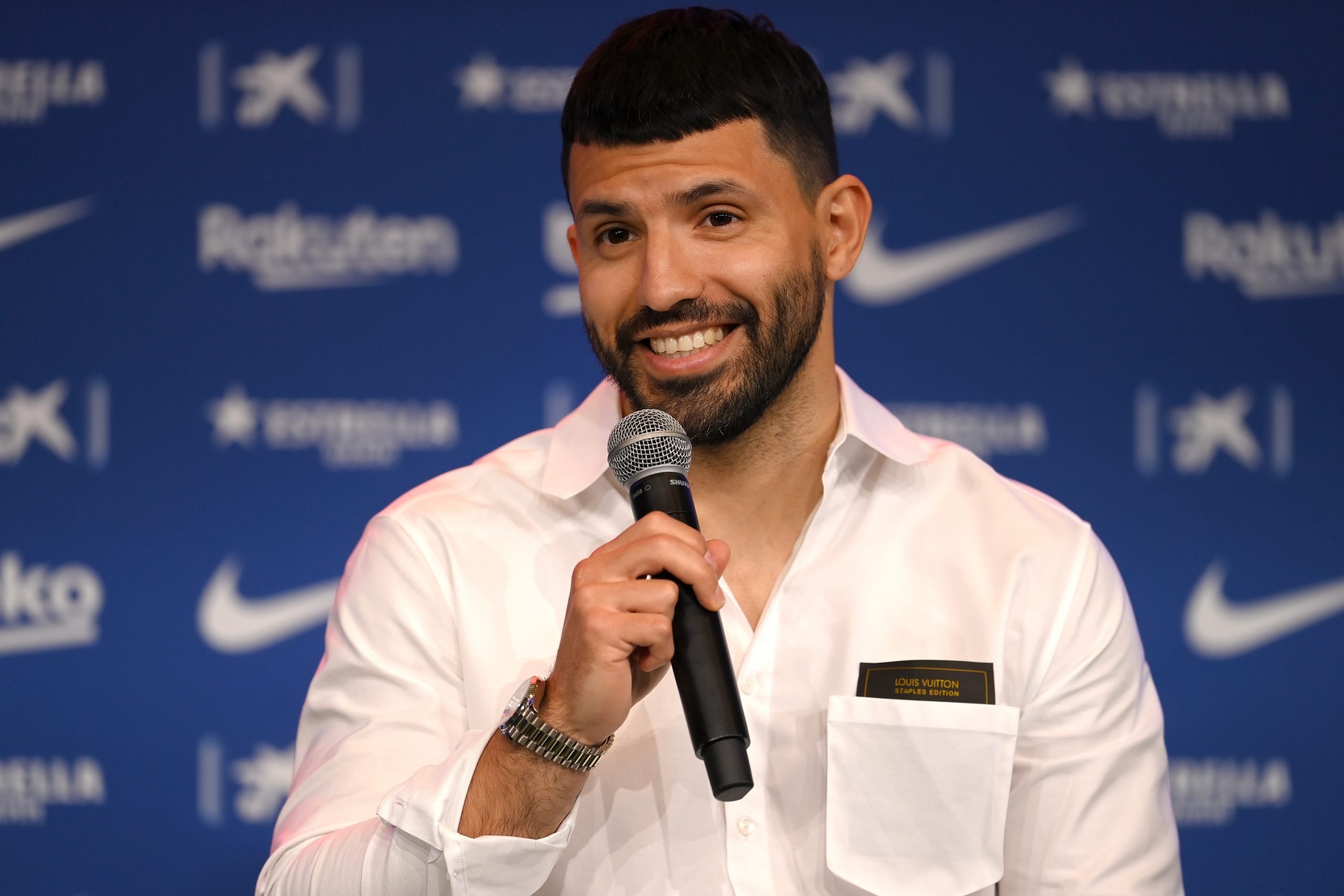 FC Barcelona released an official statement today regarding the medical updates of Sergio Aguero and Alejandro Balde. The club announced that both the players received their medical clearances leading into the match against Valencia.

This means that Kun Aguero could make his much-awaited debut for Barcelona tonight in the high-intensity clash. The player has not featured since his exit from Manchester City at the end of the last season and will be eager to get off to a flying start for his new club.

The Argentine’s arrival could not be better timed for Ronald Koeman. After losing out on the striker’s services from the beginning of the season, the Dutchman can finally count on Kun’s experience and a killer instinct for three of the highest pressure encounters of the season.

Barcelona are tasked with back to back games against Valencia, Dynamo Kyiv and Real Madrid. Needless to say, both Aguero and Balde will be needed if the Catalans are to return with three wins.

Since the dawn of the new season, the Blaugrana have struggled in front of goals. Though chances have been created regularly, the lack of a finisher was a big problem for Koeman’s side.

Luuk de Jong was signed to resolve this very problem. However, the Dutch striker has not had it easy. Despite starting back to back games for Barcelona, he has looked like a fish out of water.

Barcelona count on the returns of Ansu Fati and Sergio Aguero to lift the quality of the forward line. With Memphis Depay in good form, the trio could just help the side overcome their biggest worry.