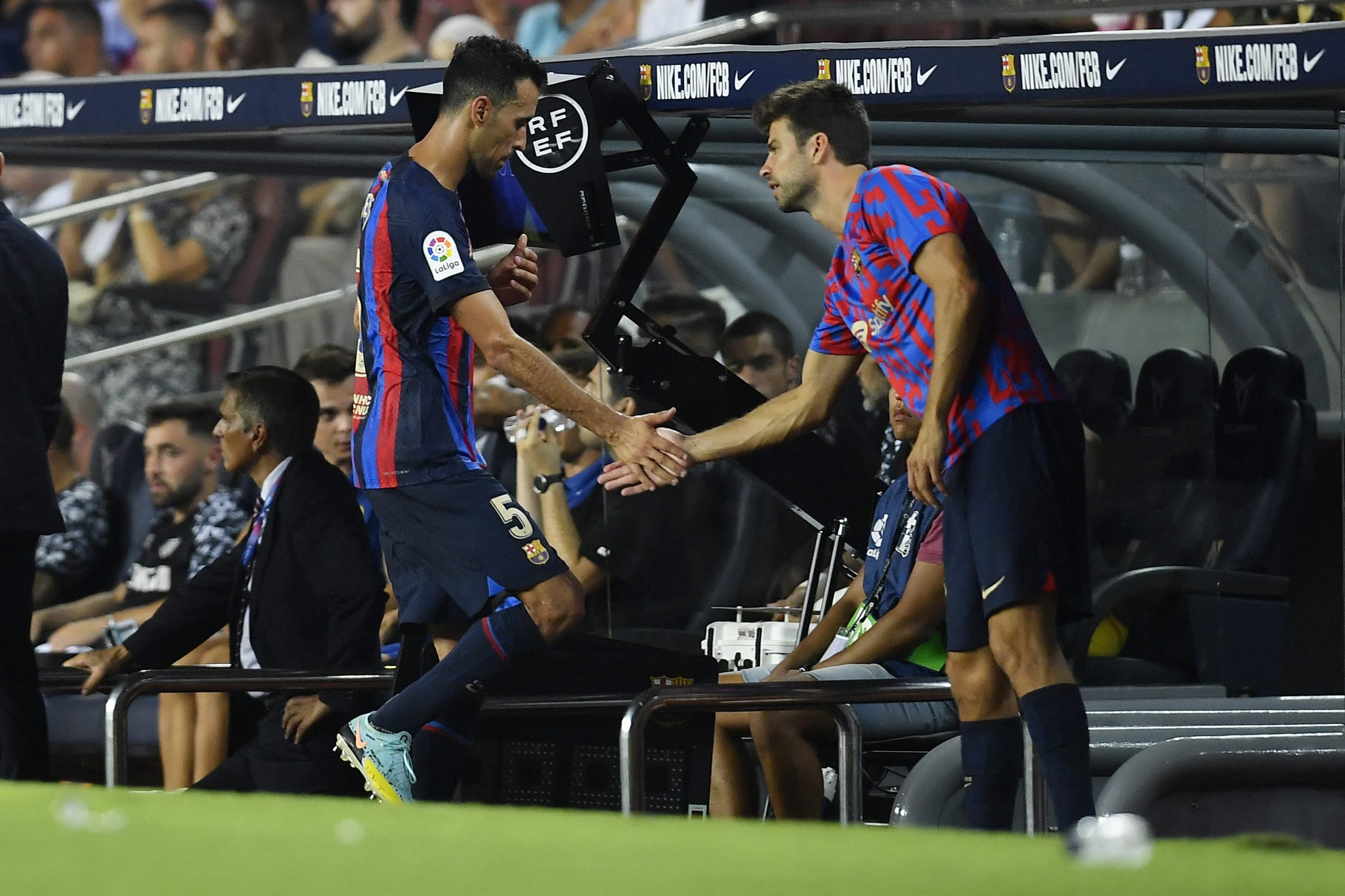 For years on end, Barcelona and their managers have been criticised for an over-reliance on their seniors.

Gerard Pique, Sergio Busquets, Jordi Alba, along with others like Sergi Roberto, Marc-Andre ter Stegen and even Luis Suarez when he was here, were believed to be only starting because of their reputation, and not their form.

Truth be told, though, Barcelona never had an awful lot of replacements ready in the team to replace these players. Between Samuel Umtiti, Junior Firpo, and Neto, the coaches were left without a choice for a majority of their respective tenures.

More importantly, players like Pique and Alba, especially, have managed to maintain a very high level of performance up to now while managing their physical states well enough.

Alba, for example, has only missed 33 games in the last five seasons, often playing without a proper replacement, and through injuries. He also managed to register ten assists last season at the rate of two chances created per game.

That said, though, that was the old management, old coaches. Xavi and Joan Laporta are not messing about. They have signed two centre-back this season in Jules Kounde and Andreas Christensen, a midfielder in Franck Kessie, and are also closing in on the signing of Marcos Alonso.

The old guard no longer has an undisputed place on the team anymore. Gerard Pique was benched for Eric Garcia and Christensen vs Rayo Vallecano, while Ronald Araujo started over Sergi Roberto at right-back.

Further, neither of the four captains — Busquets, Pique, Roberto, Alba — are expected to play against Real Sociedad. Is this the beginning of the end?

Busquets had a horrifying game against Vallecano. He was highly clumsy in possession, unaware off it, and to top of it all off, was sent off in injury time for a necessary second yellow card.

He is suspended for the Sociedad clash, and will likely be replaced by Miralem Pjanic in the centre of the park. If the Bosnian does well, it will not be surprising to see Busi be ‘rested’ more often through the season.

Pique’s absence from the team evident did not have a negative impact. Christensen had a solid debut – his passing was accurate, tackles well-timed, and he committed no fouls through the 60 minutes he played.

Moreover, should Kounde be registered in time, Pique will likely be dropped to fifth-choice centre-back.

Roberto was on the brink of leaving as a free agent this summer, but only stayed because Xavi placed his trust in the player, publicly as well. However, the player and the coach both know he will be nothing more than a backup this season.

Roberto was brought on vs Rayo, and will likely start from the bench again, with Araujo starting as the right-back again. Kounde be in contention as well, if he is registered with La Liga in time.

Alba is inarguably the most important of the four. He is still the first choice left-back for Xavi, and is coming off yet another impressive season. His numbers were expected to drop after Messi’s exit, but he has managed to maintain remarkable stats.

His display against Rayo, though, was far from ideal. He created zero chances and was often caught with acres behind him defensively.

People within Barcelona were already surprised to see him starting over Alejandro Balde after the youngster’s impressive pre-season. This Sunday, however, could be the first time in forever that he’s dropped because of poor form.