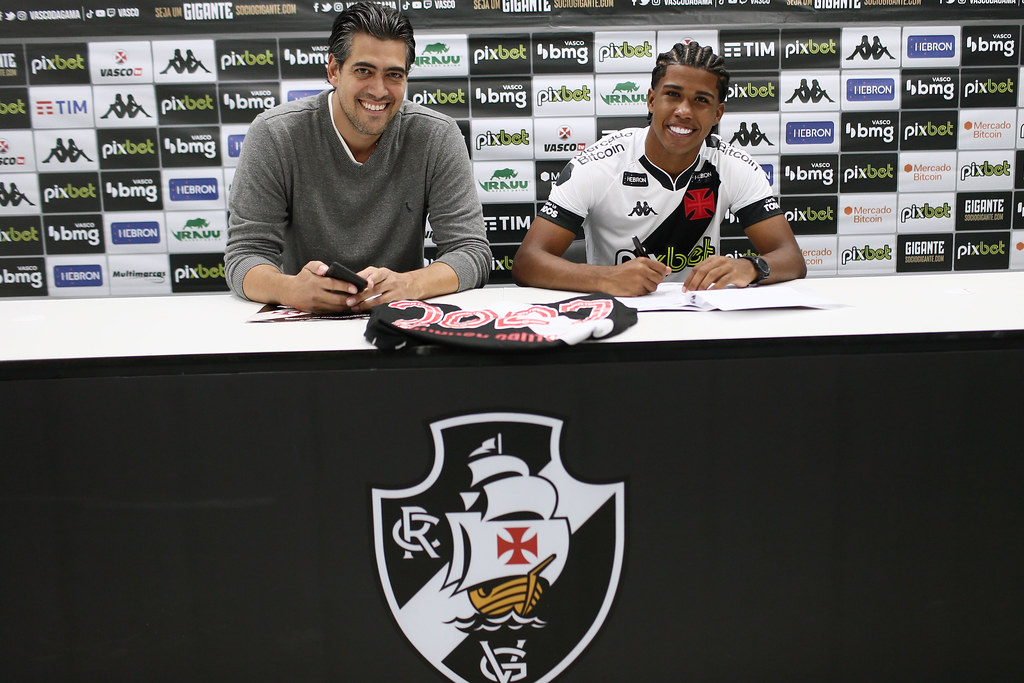 Barcelona have their sights set on a number of young talents coming through on the Brazilian footballing scenes. One such player that is on the Catalan club’s radar is Vasco da Gama midfield prodigy Andrey Santos.

Just 18 years of age, the defensive midfielder is already making a name for himself at the senior level with his club. Indeed, Andrey Santos has already made 37 first-team appearances for Vasco da Gama and netted eight goals in the process.

Rated highly in the South American footballing circles, Santos has managed to attract the attention of Barcelona. The Blaugrana are in the market for a new No. 6 as they prepare to bid goodbye to club captain Sergio Busquets at the end of the season.

While they have their sights set on much more well-established targets, Andrey Santos is also a name on the Catalan club’s agenda and has been on the watchlist at Spotify Camp Nou for a while now.

However, Barcelona will face serious competition in their pursuit of Andrey Santos as Premier League club Newcastle United are ready to ‘bid hard’ for the 18-year-old reports SPORT.

The Magpies are a club on the rise under their new ownership. Under the tutelage of new boss Eddie Howe, Newcastle are pushing for a top-four finish in the Premier League and are keen on further strengthening their ranks with Andrey Santos.

The 18-year-old signed a new contract with Vasco da Gama in September this year, renewing until 2022. The deal is said to contain a release clause worth €40 million.

Money is not an object for Newcastle thanks to the deep pockets of their new owners and they are now prepared to go hard at the teenage midfielder’s signing.

Barcelona, for their part, are not in a position to enter a bidding war for Andrey Santos at the moment due to their financial problems. The Catalans need more time and economic stability to pull off the operation and are willing to wait until the summer of 2023 to assess the situation.

But that opens up the risk of them missing out on Santos’ signing if clubs like Newcastle decide to move for him before the summer.