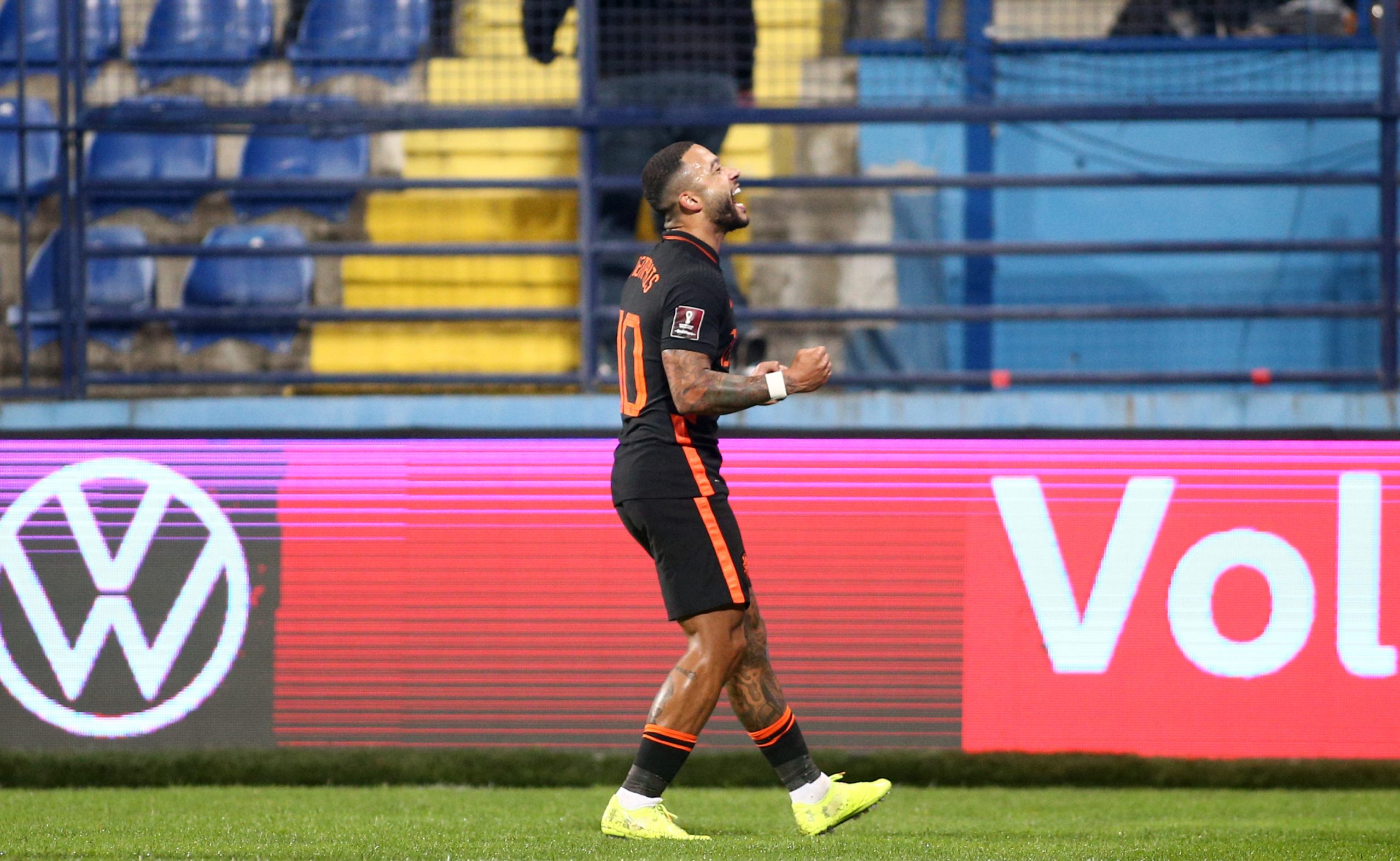 After having to deal with the ignominy of missing out on qualification for the 2018 FIFA World Cup, Netherlands have booked a place in the next edition of football’s biggest tournament that will take place next year.

The Oranje, who have gone through some turbulent times in recent years, rode on the brilliance of star man and Barcelona forward Memphis Depay to qualify for the FIFA World Cup 2022 in Qatar, as they finished at the top of Group G.

Of their ten games in the Qualifiers, Netherlands lost just one (W7 D2), collecting 23 points in the process, finishing two clear of second-placed Turkey, who will now be involved in the playoffs.

Louis van Gaal’s men weren’t assured of a spot in the showpiece event in Qatar until Monday night when they needed to get all three points against Norway to make it through safely. Depay once again stepped up for Netherlands. The Dutchman found the net late after Steven Bergwijn had scored, helping Oranje to a 2-0 win and progression to the World Cup. This came after he grabbed a brace in the 2-2 draw against Montenegro last week.

Following the conclusion of the first stage of the qualifiers, Depay is the joint leading goalscorer along with England captain Harry Kane. Both have netted 12 goals, while the Barcelona superstar has also registered six assists in his ten World Cup 2022 qualifying appearances.

The former Manchester United forward has been the single-most clutch player for the Oranje throughout their qualifying campaign, leading the way from the front to take his country back onto the biggest stage of all.

Barcelona fans will be hoping that the 27-year-old can repeat his heroics at the club level and guide the team to success after a disappointing start to the 2021/22 campaign.