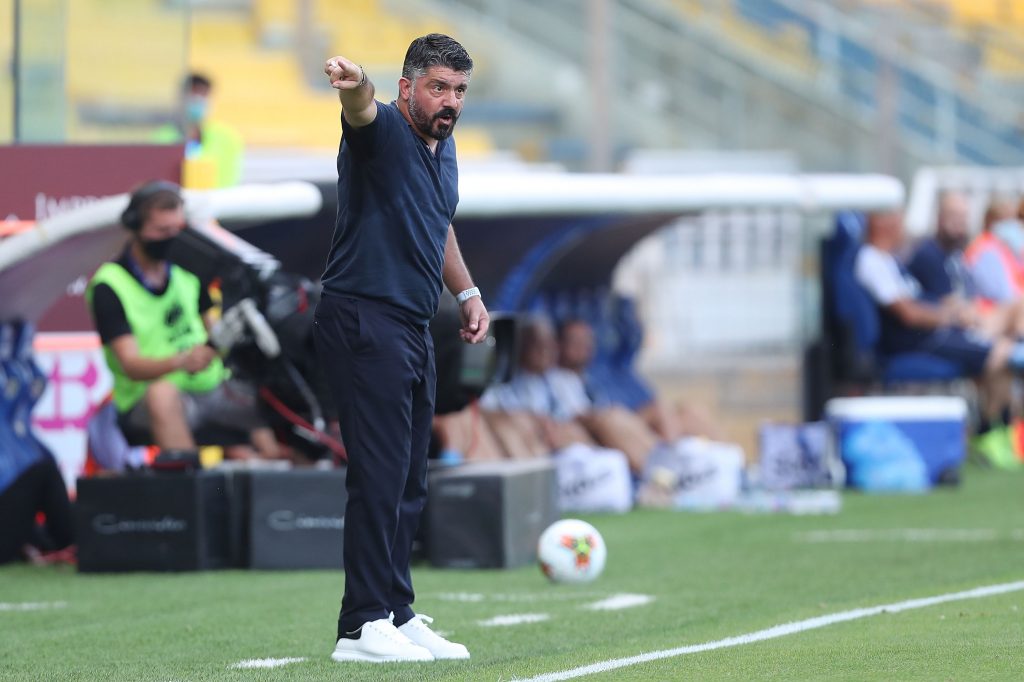 The former Italian footballer and current Napoli coach Gennaro Gattuso has spoken about the upcoming Champions League game against Barcelona in the second leg of the round of 16. Gattuso believes that Napoli definitely stands a chance to knock-out Barcelona, but also added his concerns about Lionel Messi.

“Barcelona is Barcelona, but we will go to the Camp Nou to impose our style and try to qualify for the next round. We will not be defeated before the start of the game.

“We can’t make the slightest error against Barcelona. They get half a chance and put it in the top corner. We’ve got to play 95 minutes with our heads in the game. People think passing is easy, it’s really not. We have to become a team that thinks, that covers spaces the right way and remains totally focused.”, explained the Italian boss.

Gattuso believes that Barcelona’s icon Messi is capable of leaving the entire opponent team behind:

“We are ready to face Barcelona. We have our style, we are prepared. But they have one player named Messi who can leave 10 players behind.”