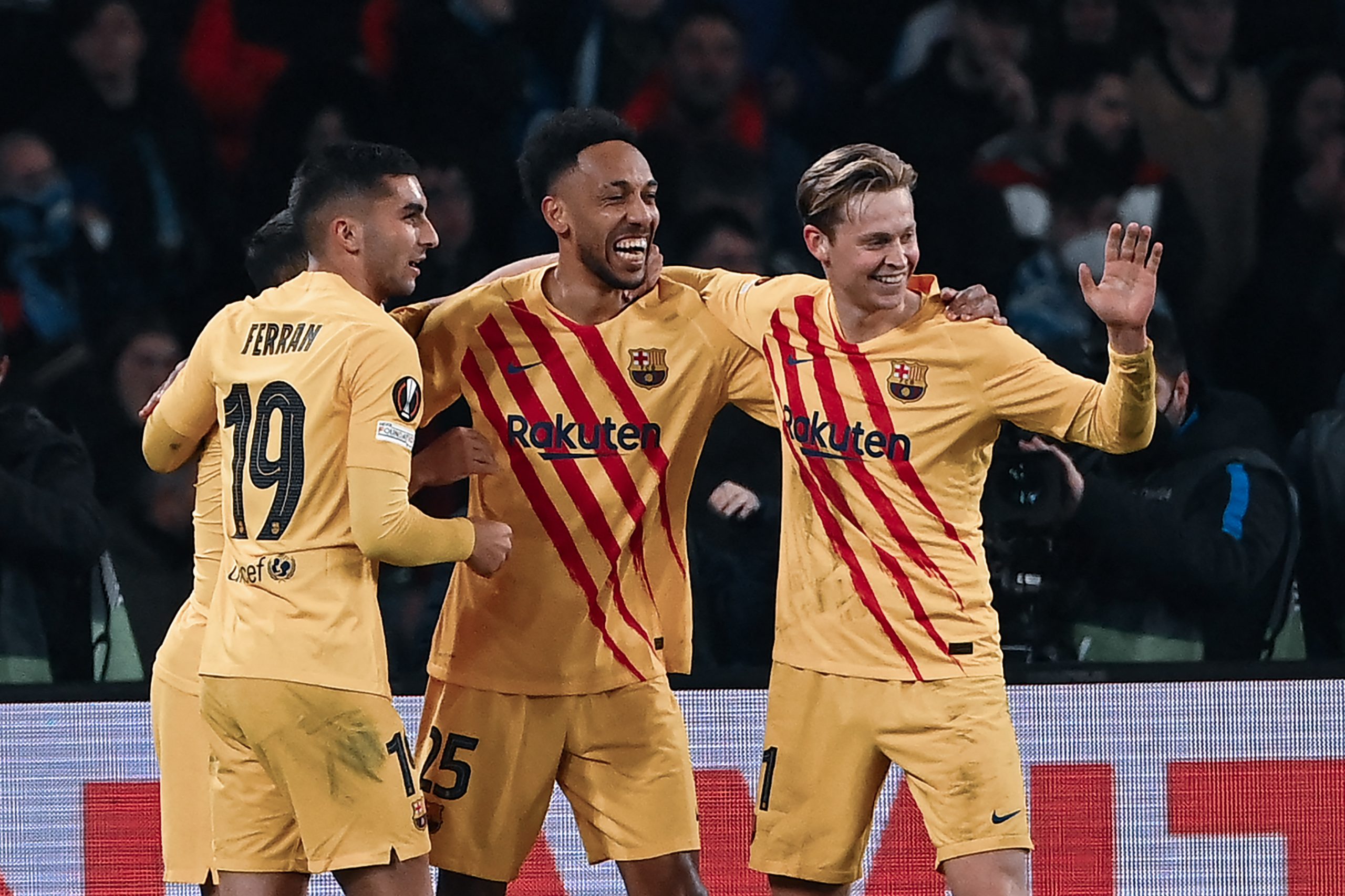 A second leg away from home has not bode well for Barcelona in recent years. After back-to-back humiliations in Europe, the Catalans attracted an unwanted tag of being called chokers on the big nights.

Although Barcelona are part of the Europa League this campaign, an away clash against Napoli was nothing short of a Champions League fixture.

The game at Camp Nou ended 1-1 after a string of missed chances for the hosts. Heading to Italy, Xavi’s men were in a must-win situation. For the big game, Xavi brought back the centre-back pairing of Gerard Pique and Ronald Araujo.

A cagey start to the game saw both teams keep their cards close for the opening minutes. However, it was Barcelona who took an early lead in just the eighth minute of the game. On the counter-attack, Adama Traore set Jordi Alba free in front of the goal. Face to face with the goalkeeper, the left-back made no mistake and slotted the ball into the back of the net.

The Blaugranes did not have to wait long to double their lead. Ferran Torres won the ball in the midfield and played the ball to Frenkie de Jong. The Dutch maestro fired a glorious strike from the edge of the area into the top-right corner of the goal.

With the momentum on their side, Barcelona continued to dominate the home team in their backyard.

Yet, Napoli found a way back into the game in the 20th minute. As Victor Osimhen was charging across the Catalan area, Marc-Andre ter Stegen fouled the striker on the edge of the box. The resultant penalty was put away by Lorenzo Insigne.

Despite the Italians’ perseverance, the goal only provided momentary relief. Xavi’s side took the upper hand once again and began bombarding Napoli’s defence with questions they couldn’t answer.

In the 44th minute, Gerard Pique received a deflected ball and buried it into the net with a well-worked shot. At half-time, Barcelona led 3-1.

Spalletti opted to bring on Matteo Politano for the second half and changed the shape of his team to a more attacking one. Napoli began to string together more passes and created a few chances via Zielinski, Osimhen and Insigne. Yet, the first big chance of the half fell to Traore.

In the 59th minute, Barcelona scored their fourth goal and hit the final nail in Napoli’s coffin. The goal once again came off a Traore cross. The ball fell to Aubameyang, who buried the ball into the top corner from close range.

Insigne pulled one back for Napoli in the 70th minute but was well offside in the process.

Nico Gonzalez lost the ball in the 87th minute, and it fell at the feet of Politano. A precise finish from the forward was enough to beat ter Stegen at the near post. Yet, it was only a consolation for Napoli.

Three minutes were added on, but Napoli still had no way back into the game. Barcelona emerged victorious at the Diego Armando Maradona Stadium and are through to the round of 16 of the Europa League.