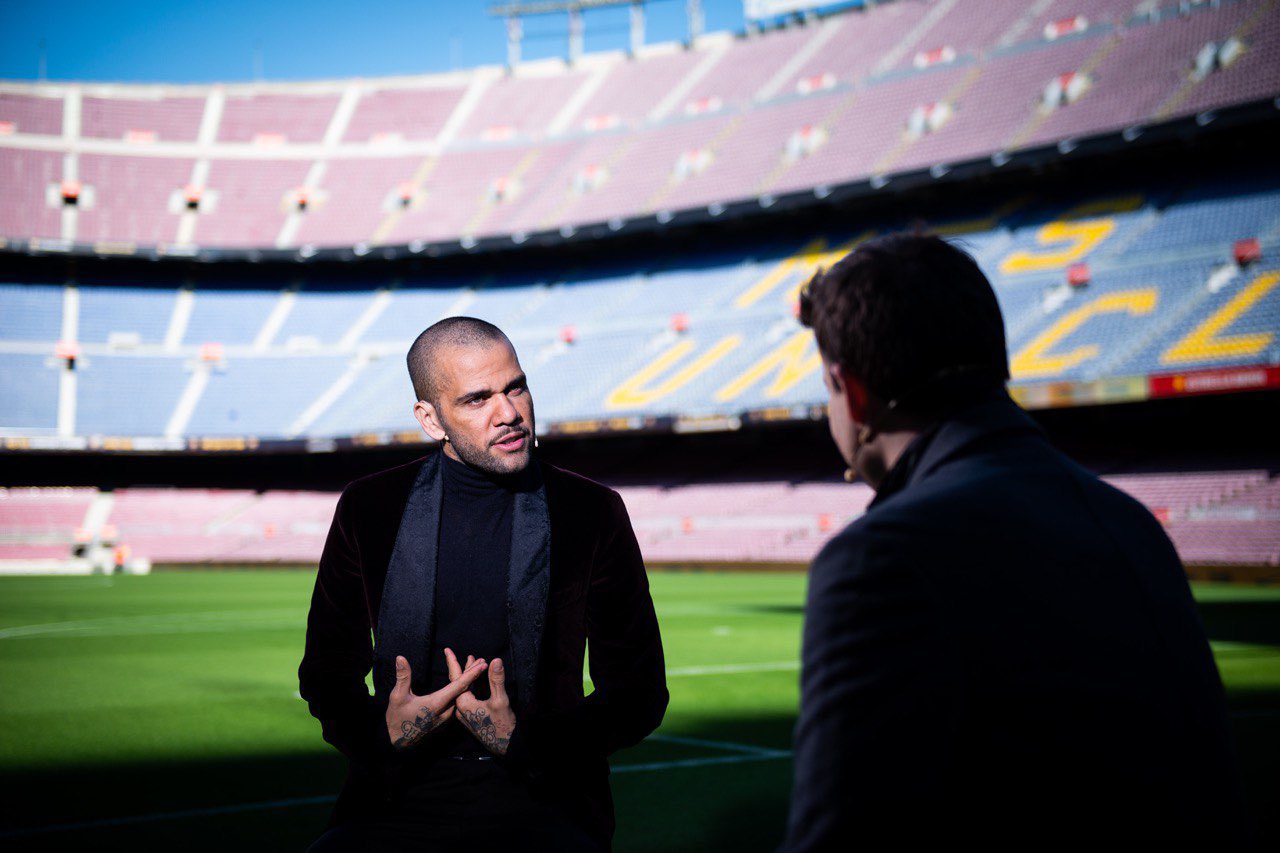 Barcelona officially presented Dani Alves as their first signing under the reign of Xavi Hernandez. The Brazilian spoke during the presentation with high confidence.

“I never imagined this. I was telling my friends that the first time I came is unforgettable, and I think this time it’s also going to be unforgettable,” said the 38-year-old.

He continued: “I’m excited, it is my biggest challenge. I know that people expect the worst of me, not the fans, but from outside… I tell them to be quiet, my strength comes when there are doubts about me. I respond on the pitch, on this pitch.”

Alves has already shown his commitment during the training sessions, to which he is often the first to arrive.

Dani Alves was the first to arrive at training today.

The Brazilian’s signing was not an easy one, as Barcelona is very tight in financials, to which Alves said: “I didn’t care how, I wanted to be at Barça. For free if necessary, whatever.”

“I came to Barça through the main door, and I wanted to leave from the main door too. A year after I left, I offered to return to Barça, but they refused,” he added.

For Alves, it was no surprise to be back at Barcelona: “I knew I was going back to Barça after he left [referring to former president Josep Bartomeu]. I decided to leave Barcelona earlier because I didn’t want to be kicked out of the team.”

Dani Alves won all of his last 6 games with Barça, keeping a clean sheet in each one of them. He even won 2 trophies in his last 2 games.

Alves currently holds the historical record of most trophies for a football, with 42 cups on his name. Either as a player or any other form, the Blaugrana icon will undoubtedly add a lot of value to the club, primarily through his experience.