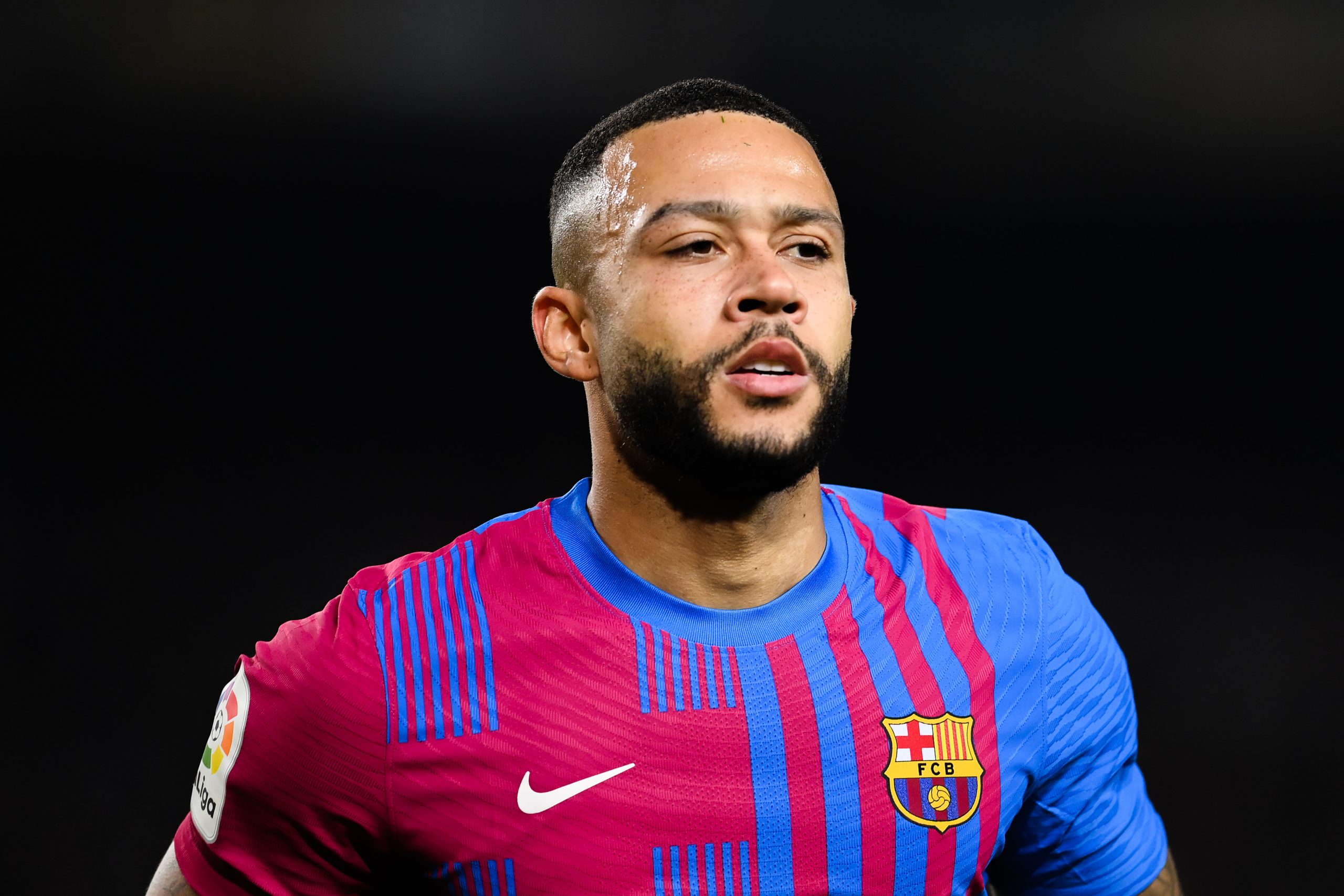 Memphis Depay has had a whirlwind of a few months at Barcelona.

The Dutchman was signed in the summer on a free transfer after his contract with Ligue 1 giants Olympique Lyon and was tipped to take over as the leader of the Catalans’ attack following the exit of Lionel Messi.

While things began positively for the Netherlands international, his form has nosedived in recent weeks. The 27-year-old has been shoehorned into the No. 9 slot in the past few matches due to a lack of options and has struggled to produce the goods in front of goal, often disappointing with his inability to test the opposition goalkeeper or hold up the ball.

Depay has also been guilty of spurning a few gilt-edged chances in front of goal as well. All this has led to question marks over his suitability to the team under new manager Xavi Hernandez.

The ex-Manchester United star has played the full ninety minutes in each of the four games under the Barca legend but has only two goals to show for, one of which came from the penalty spot. He was particularly poor in the 1-0 loss to Real Betis on Saturday afternoon.

Now, El Nacional is reporting that Depay is unhappy with life at Camp Nou after having seen his former mentor Ronald Koeman shown the exit doors in October. It is claimed that the 27-year-old is aware of the fact that his place in the side might not be assured once Ansu Fati and Ousmane Dembele are fully fit and Barcelona sign a new striker.

With his contract with the Catalans expiring in 2023, the Dutchman and his agents are receptive to offers over a potential exit at the end of the season.

It is no secret that the Blaugrana are looking for a new centre-forward, with Manchester United’s Edinson Cavani being linked heavily ahead of the January transfer window. Meanwhile, club president Joan Laporta continues to have lofty ambitions of landing Erling Haaland in the summer of next year.

Should any of them arrive, Depay will likely look for a way out from Camp Nou, while Barca themselves might not be averse to sanctioning an exit as it would allow them to make a decent profit on a player that they signed for free.