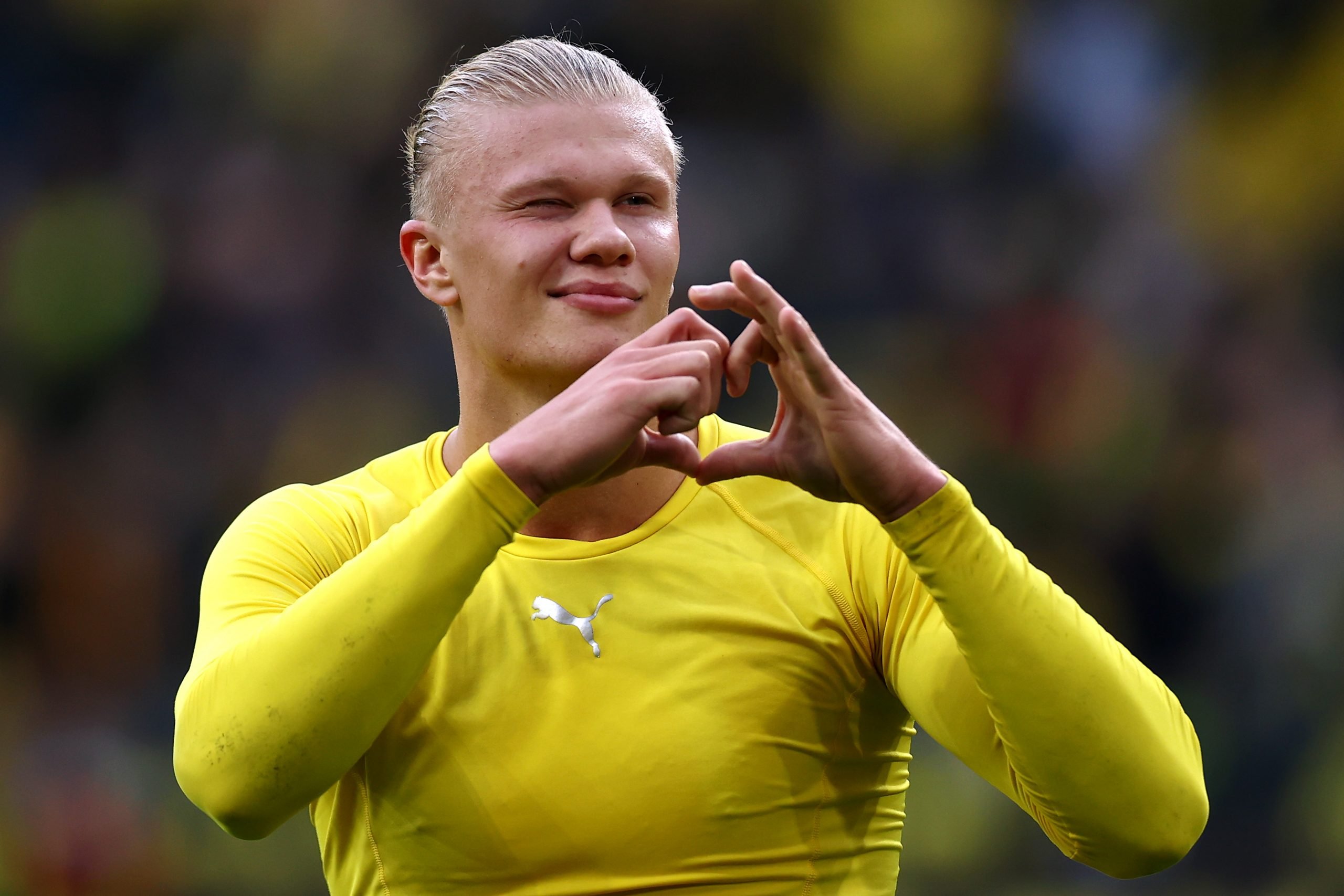 It is no secret that Erling Haaland is at the top of the shopping list of almost every top club across Europe.

Having burst onto the scenes at RB Salzburg, the 21-year-old has cemented as one of the most lethal marksmen in the game currently since making the switch to Borussia Dortmund in January last year. In 69 games for the German giants, he has plundered 70 goals, 13 of which have come in the ongoing campaign.

As iterated earlier, every top club in Europe, be it Manchester City, Paris Saint-Germain, Manchester United or Real Madrid, have an interest in signing the Norwegian international from Dortmund next year. And El Nacional claims that Barcelona are also very much in the mix for the prolific striker’s signing.

Barca president Joan Laporta has identified the 21-year-old Haaland as a key signing to take the club back to the glory days of the past. However, given the finances that will be involved, the transfer becomes a very difficult proposition for the Catalan giants.

Haaland has a release clause worth €75 million which will need to be triggered to snare him away from Dortmund. In addition to that, his agent, Mino Raiola, is likely to command a massive commission worth €40 million. Add to it, the striker’s wage demands of €20 million per season and the total value of the move goes up to a humungous €135 million.

Considering Barcelona’s current financial plight, such an outlay on a single player would be unthinkable. This is where Raiola would become the key factor for a transfer to go through, as per the report. The Italian super-agent enjoys a healthy relationship with Laporta which would be advantageous to the Blaugrana.

In addition to that, Raiola’s equation with Real Madrid president Florentino Perez is a little frosty, which would also work in the favour of Barcelona. However, the agent wants to take Haaland to a club where he would be the centre-piece around which the team is built to function. That, however, is something that Laporta does not agree on, as things could go sour in case the forward does not settle in well at the club.

The financial outlay required and the risk factor involved does make matters tricky for the president, especially at a time when the club are going through a crisis. Big decisions await Laporta in the coming months as he looks to restore Barcelona back to the summit of Spanish and European football.