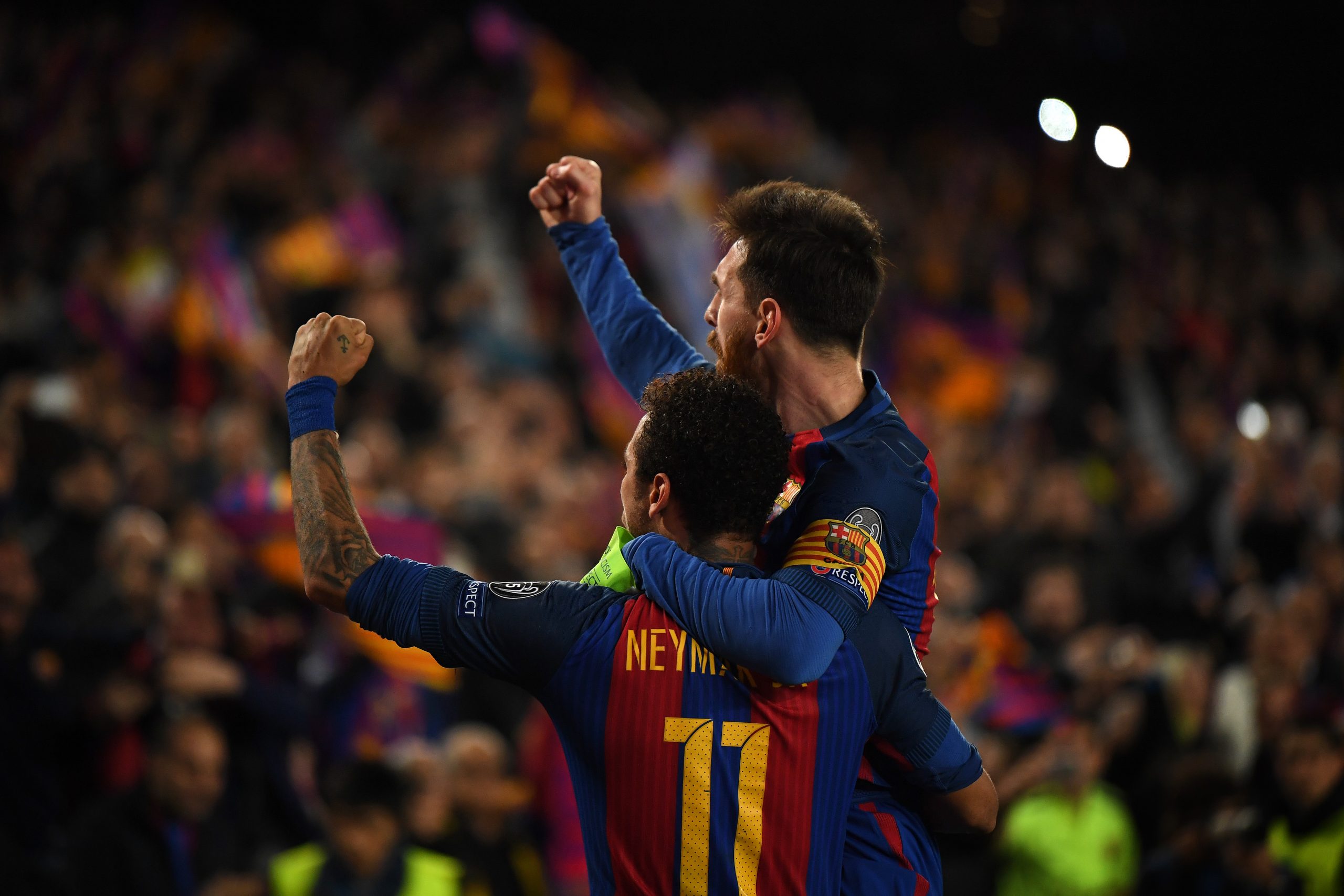 As football fans turn their calendars back to the spring of 2017, one even that springs to mind is the 6-1 routing of Paris Saint-Germain by Barcelona. The scoreline was iconic not because of the number of goals on display, but because it was a comeback from when the Blaugranas went 4-0 down against in the first leg of Champions League Round of 16.

One quote that stands out from the series of events is then-coach Luis Enrique saying, “If they can score four goals against us, we can score six.”

And his game plan reflected his intent as he lined up his Barça side in a 3-4-3 with Lionel Messi as the attacking midfielder, Neymar Jr. on the left-wing, Luis Suarez as the striker, and Rafinha on the right.

While each player stood out for contributing to the historic remontada, Neymar’s display in the last ten minutes with two goals and an assist certainly made him the man of the match over the two legs.

Speaking about the night in Neymar’s Netflix documentary, Suarez recalled the Brazilian’s attitude pre-game: “I saw Ney, he was encouraging his teammates, with the desire that he had. This gave you a feeling that he was animated and that spreads to an entire team.”

Messi joined in as well, talking about the team’s mentality before and during that game, saying, “We went all or nothing, we no longer had anything to lose.”

Neymar was a firm believer in the team’s ability to pull off the comeback, posting a photo before the game that read “1% chance, 99% faith.” He recalls the game, leading at the break: “When we went to halftime with a 2-0 lead, I thought: ‘we’ll make it'”

He then recalls how things took a sharp right after Edinson Cavani scored the goal to make it 3-1: “It was ours, we had to do it. We had everything against us but we had faith.”

“Suarez won a penalty. I took the ball, turned around and looked at Messi offering the ball. He made a signal of ‘no’ and he pointed at me (to take the penalty),” Neymar continues.

Neymar eventually summarised that beautiful night, calling it one of the best matches of his career.

“I had a unique feeling of happiness. It was one of the best days of my career. That’s why I got this tattoo (points to his ‘1% chance 99% faith’ tattoo)”