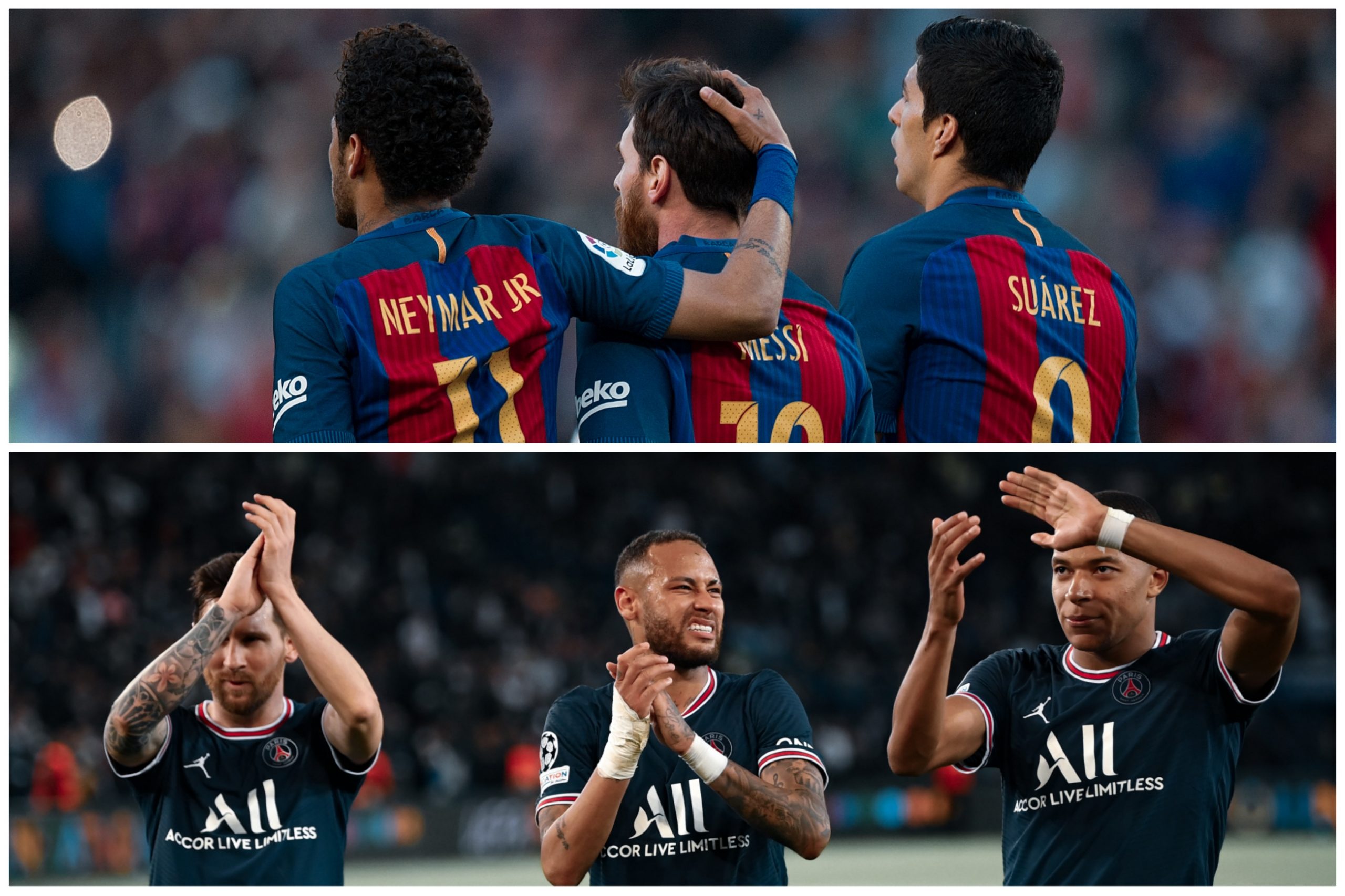 Lionel Messi was recently asked the difference between two fearsome tridents he has been a part of.

The famous Messi-Suarez-Neymar, also called MSN trio was one of the most feared forward combinations in the history of world football. The three superstars carried Barcelona not only to a UEFA Champions League trophy but also several domestic accolades along the way.

The trio eventually dispersed, beginning with the Brazilian’s move to Paris Saint-Germain. However, Messi and Neymar have now been reunited at PSG, and now boast of a new trident alongside Kylian Mbappe. The new trident is popularly dubbed the MNM.

“Age, first of all! We were young when we started playing together with Ney. Today the youngster is Kylian.”

He then compared Luis Suarez and Kylian Mbappe and listed out the biggest difference between the playing styles of the two forwards. The Argentine stressed on El Pistolero’s knack of finishing while stating that Mbappe was a more ball-oriented player.

“Luis and Kylian are very different players. Luis is a pure no. 9, a centre-forward, who performs particularly well inside the box and is used to scoring many goals. Kylian likes to touch the ball more. He’s a very powerful and extremely fast player who can kill you if you give him any space, and also scores a lot. They’re two spectacular players, but with very different qualities.”

Lionel Messi scored his first goal for PSG against Manchester City. The goal was built off a wonderful combination with Mbappe. Needless to say, the trio will only get better with every passing game.