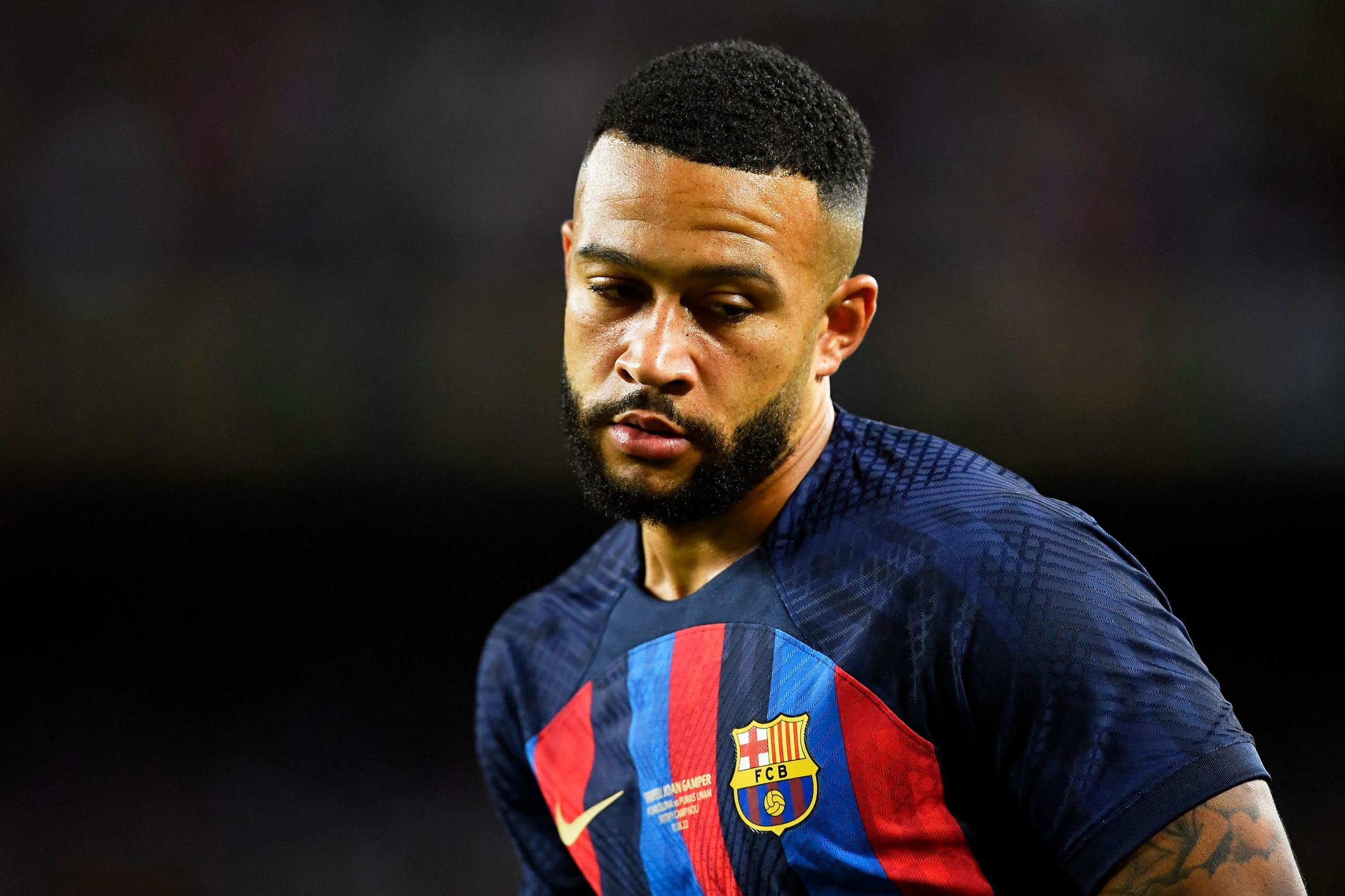 Barcelona are currently facing a tense situation as they look to register all their new signings ahead of their season opener against Rayo Vallecano this weekend.

However, the club are also actively working toward their goal of setting up the team that witnessed many changes over the summer.

The addition of no less than six quality players in the month of July has greatly affected the future and prospects of several existing stars. It has also led to changes of shirt numbers, with Robert Lewandowski notably donning the number nine kit.

Lewandowski has replaced Memphis Depay in the #9 kit, whereas Pedri has notably taken the #8 shirt. The likes of Pierre-Emerick Aubameyang and Miralem Pjanic have had to change their shirt numbers as well, in light of the recent changes to the squad.

While there was a bit of uncertainty over the kit number of Depay, in particular, especially after he relinquished the number nine kit, it appears the Dutchman has been given the #14 kit ahead of the new season. Such has been revealed by the official La Liga website.

While he has been given the new number, he could still end up leaving, with Juventus advancing to acquire him.

Pjanic, meanwhile, has been given the number 16 shirt after the Bosnian international returned from his loan spell at Besiktas.

Many expect the former AS Roma starlet to remain at Camp Nou and possibly serve as an alternative for Sergio Busquets. With that in mind, Barcelona have opted to register the player ahead of the new season.

Pjanic was given the #8 kit when he joined Barcelona in the summer of 2020. But the midfielder has lost his prominence following a poor first season and a subsequent loan spell at Besiktas.

The number eight kit has been taken up by Pedri, who is threatening to become one of the best young midfielders in world football.