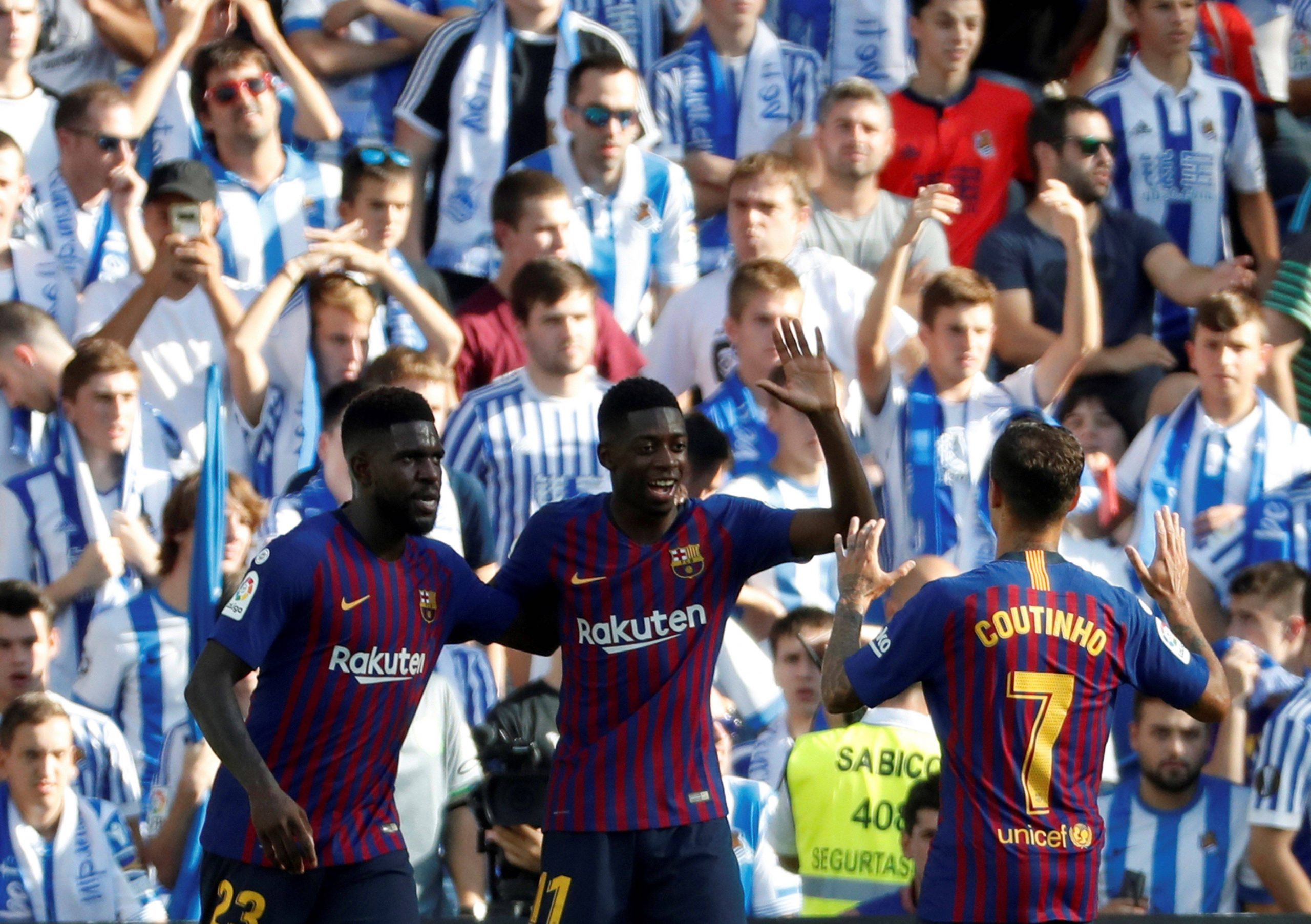 Barcelona are in well-known financial turmoil this season and this summer transfer window could call time on several players in the first-team. Among those are two who will likely become outcasts in the stands as next season rolls in: Philippe Coutinho and Samuel Umtiti.

Both players face a delicate future at Barcelona and have been, rather publicly, placed on the market by the club. It seemed that their way out of Spain was Marseille, who were reportedly moving in for both players, but according to a new report by Mundo Deportivo, the French club have dropped out of the race to sign either of the two.

A plethora of problems

The report states that given Coutinho and Umtiti’s high wages, it becomes almost impossible that they depart without a massive pay-cut. Moreover, Marseille have already spent a large amount reinforcing their midfield and defence this window, and it would be difficult to fit in the out of favour duo.

Coutinho’s salary, in fact, is three times that of Dimitri Payet — Marseille’s highest-paid player and a fan-favourite. On the other hand, Umtiti is currently (approximiately) earning in a week as much as Payet does in a month.

In addition to the same, both players have persistent injury problems. For Umtiti, it is a recurring knock on his knee, that rules him out for weeks at once, while Coutinho has trouble in his hamstring. The Frenchman missed 25 games owing to injuries last season. His Brazilian counterpart had to be left out of 37 matches.