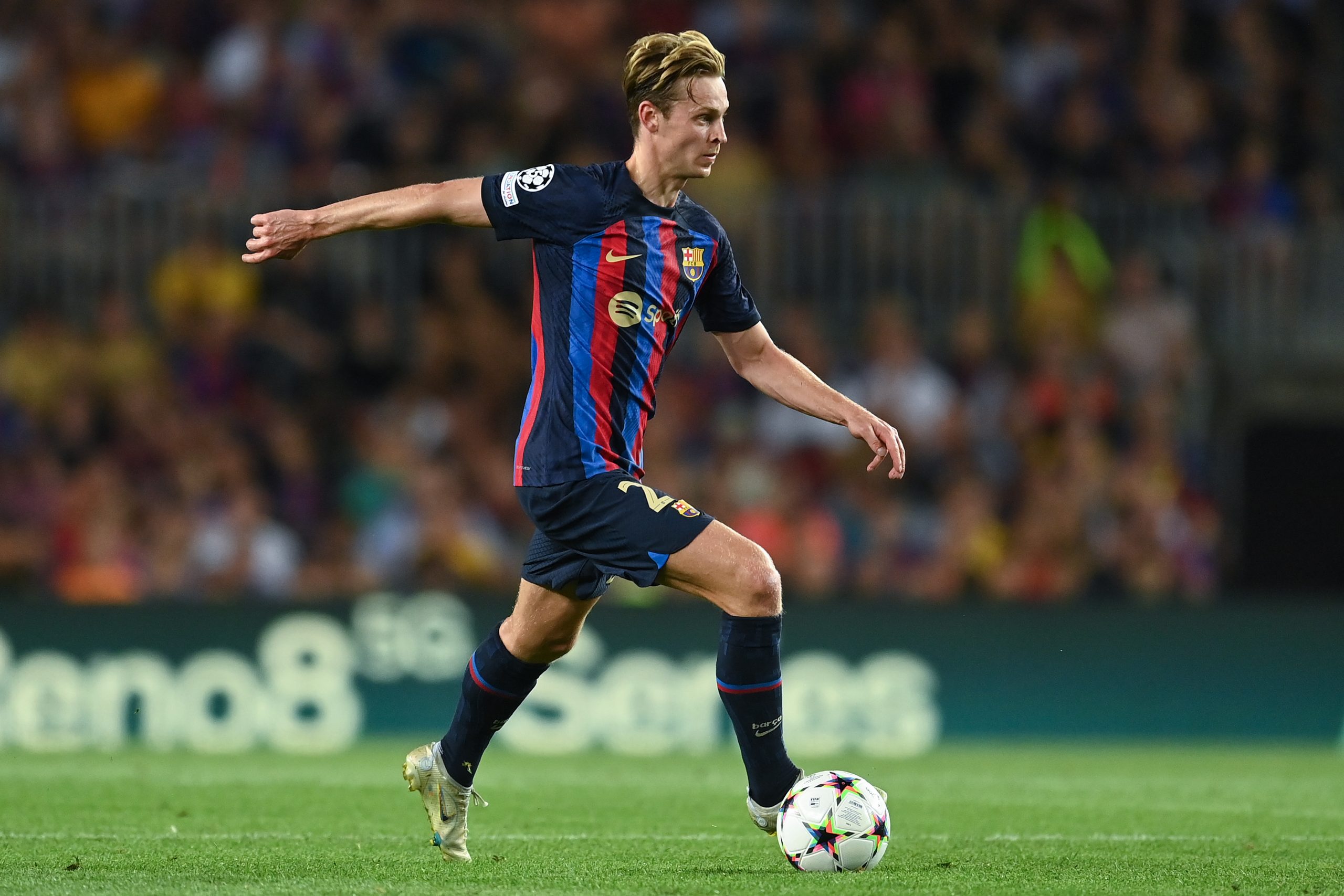 Despite a straightaway rejection, Barcelona midfielder Frenkie de Jong continues to attract Manchester United’s interest and if a report from ESPN is to be believed, Erik ten Hag remains intent on landing the Dutch midfielder.

It must be remembered that Manchester United had a principle agreement in place with Barcelona over the transfer of the midfielder this past summer. The player’s reluctance to leave forced the Catalans to pull out of the deal and the 25-year-old eventually stayed put.

Another reason why United and de Jong failed to agree personal terms was the former’s hesitation to cover the deferred wages the midfielder is owed by the Blaugrana.

While the former Ajax man has stayed, he is no longer a regular starter under Xavi, with Pedri, Gavi and Sergio Busquets being the preferred midfield. And Man United are of the idea that he could leave Barcelona in the future and they plan to convince him to come to Old Trafford.

ESPN claims that Manchester United are not ruling out the possibility of making another bid next year. This is mostly because the player is aware of the fact that Barça wanted to sell him in the summer and they might do so once again in a bid to reduce their wage bill.

By the time the midfielder declared his continuity, Barcelona eventually put forward an idea where he was asked to take a salary reduction. However, despite the constant pressure from the Blaugrana, he did not agree to accept a pay cut and revert to his old contract.

So far, while de Jong has got his fair share of chances, it’s evident that he has lost his place in the starting XI, with Sergio Busquets, Pedri and Gavi now getting a nod ahead of the Dutchman.

As for Manchester United, they have assured de Jong and his agent that he will, in fact, be a regular starter but the negotiations will only be done when the conditions are right. But ten Hag remains keen on a reunion with his former ward and the Premier League could test the waters with another bid come 2023.