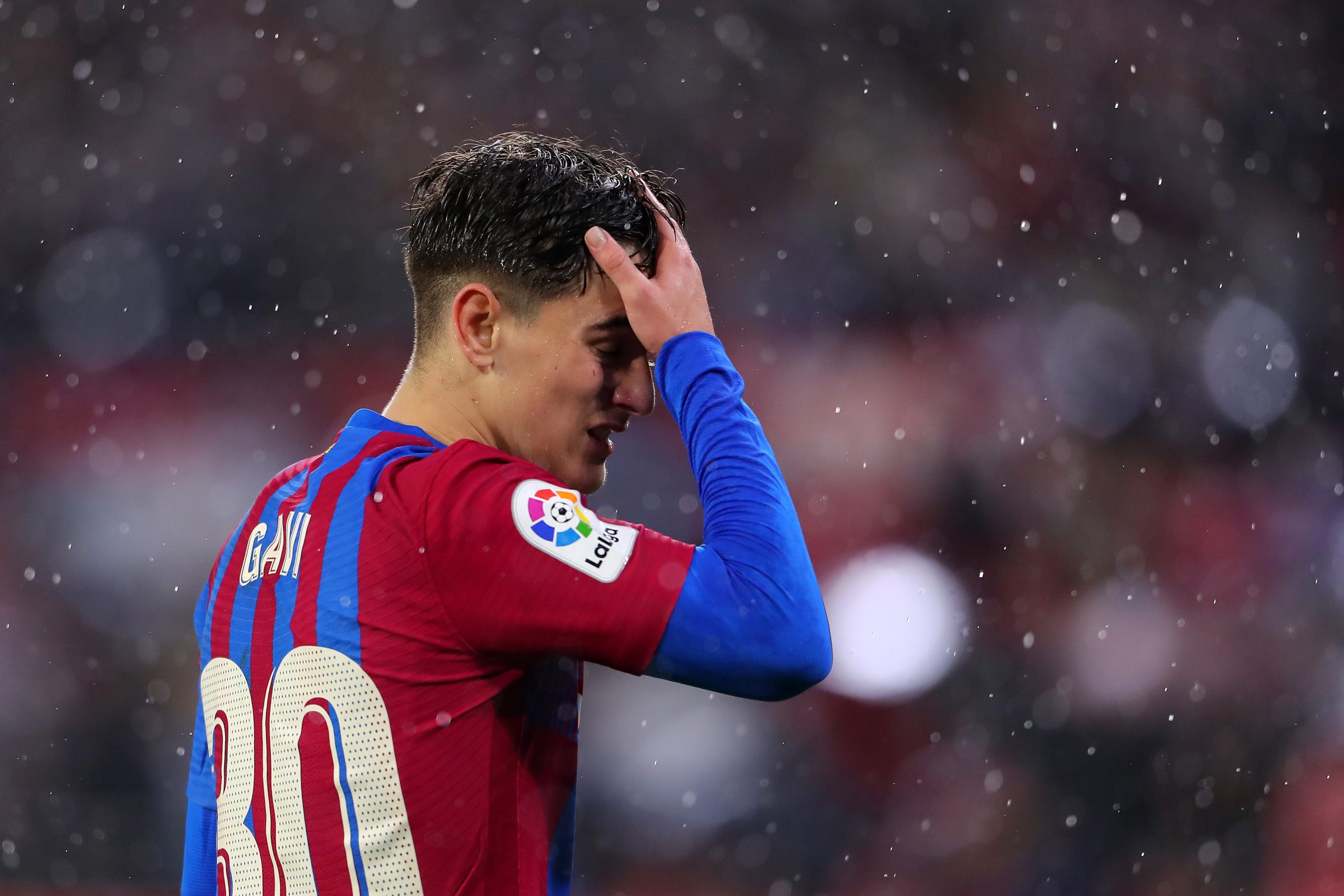 Premier League champions Manchester City are said to be keeping a close eye on young midfielder Gavi, claims a report from El Nacional, via MARCA.

The 17-year-old has been one of the rising stars of a rather bleak 2021-22 football season, making 17 appearances in La Liga while scoring a goal and assisting thrice. Often compared to former midfielders likes Xavi and Andres Iniesta, Gavi has impressed one and all with his extreme versatility and the maturity shown at such young age.

City manager Pep Guardiola seems to be liking all the qualities and will move for the player if there is an opportunity to strike. The financial nuisance Barcelona are in at the moment have forced them into becoming a selling club and the Cityzens are waiting right in the shadows.

On the other hand, though, the midfielder certainly won’t leave for cheap as he has a €50 million release clause in his contract that he signed in September 2020.

Regardless of the situation, Barcelona have shown no interest in parting ways with the midfielder. In fact, transfer expert Fabrizio Romano a few days ago that the club is negotiating a new contract of five years with an increased salary. The €50 million release clause will also be removed.

Gavi signed for Barcelona back in 2015 as an 11-year-old and was promoted to the first team at the start of the ongoing campaign.

Xavi has handed him plenty of minutes this season, 1542 to be precise, while also helping him in getting a maiden national team call. In October 2021, he became the youngest player to ever play for Spain at senior level. All that at the age of 17.

Manchester City, meanwhile, are monitoring Gavi as Guardiola sees him as a long-term replacement of Kevin de Bruyne, who hasn’t been as effective as he was last season. As far as the player is concerned, the youngster’s intention is to stay in Barcelona as he is currently reluctant on making a move of this magnitude at such an early stage.

City might express an interest during the summer transfer window, but it is highly unlikely that Barcelona will entertain any kind of offer.