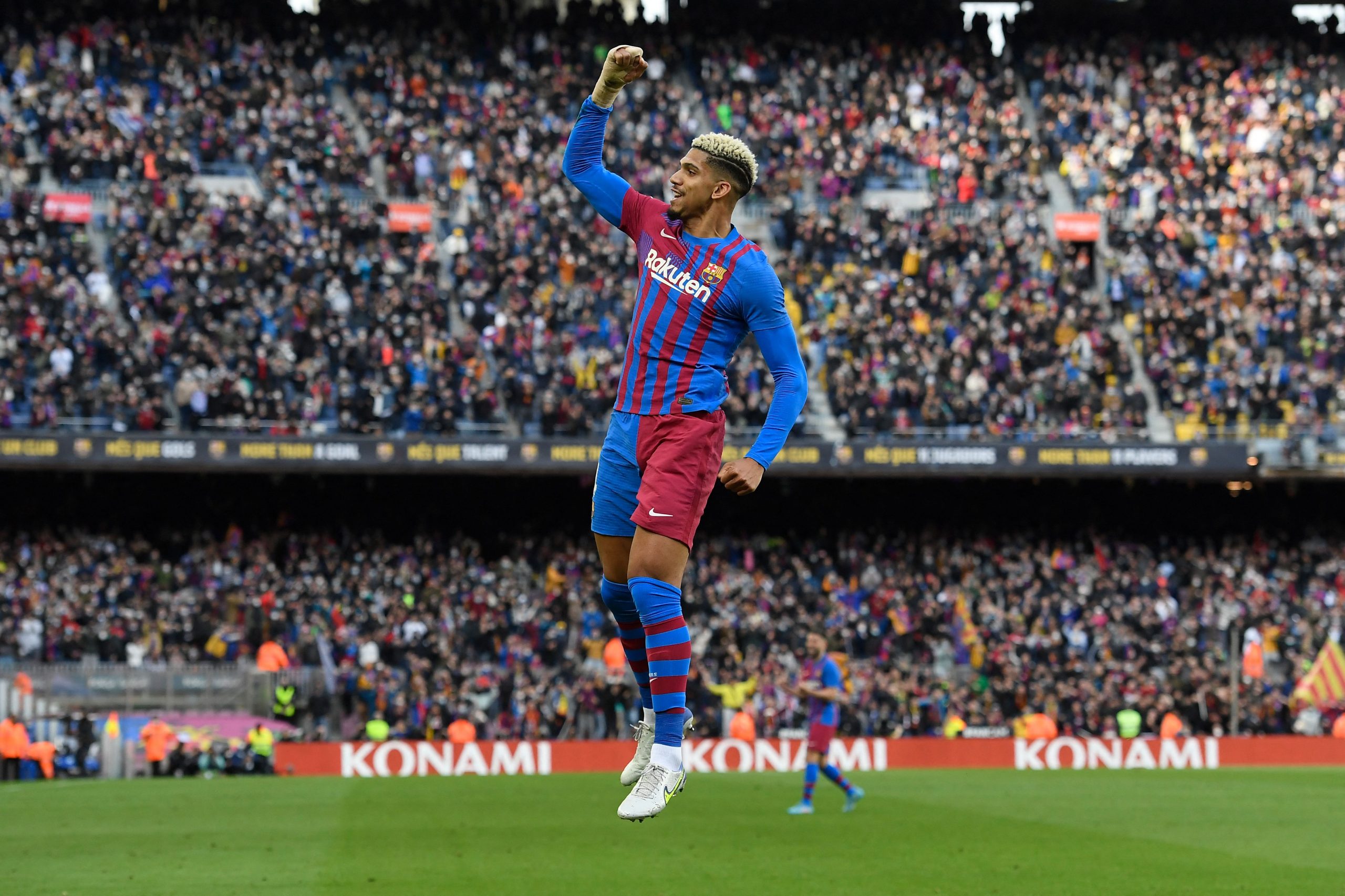 Barcelona defender Ronald Araujo has reportedly received a bumper proposal from Manchester United amidst the Uruguayan’s contract talks with the Catalan club, according to Fichajes.

Man United have tabled a contract worth €12 million to Araujo’s camp, report Fichajes. This equates to an estimated weekly wage of €192,000-a-week.

The 23-year-old central defender, whose current deal runs till 2023, has turned down the fresh terms offered by the Blaugrana in the initial round of negotiations, citing he deserves more money as a starter.

Although, it is worth noting that Ronaldo Araujo wants to stay at Barcelona, and the club are closing in on the renewal. They want to sign him on a long-term contract as he is considered as a cornerstone of Xavi’s project at the club.

At the pre-match conference of the home game against Atletico Madrid last weekend, Xavi indicated that Araujo’s contract renewal is a priority for the club.

“He (Ronald Araujo) is a priority. We are happy with his performance because he gives us a lot. He is a centre-back that is realistic,” he said.

“He is a person who is wanted from inside the dressing room and his renewal is prioritised. We are going to see if he and his representative get an agreement with the club,” Xavi added.

“He is an important piece, of the present and future.”

Ronald Araujo broke into the first team in 2019, and has made 25 appearances across all competitions this season. However, the 22-year-old has faced competition for a starting XI place from Eric Garcia, who joined Barça from Manchester City last summer.

Manchester United are aiming to lure the Uruguayan international to Old Trafford as they seek to put together a squad capable of competing for the Premier League and the UEFA Champions League in the 2022-23 season.