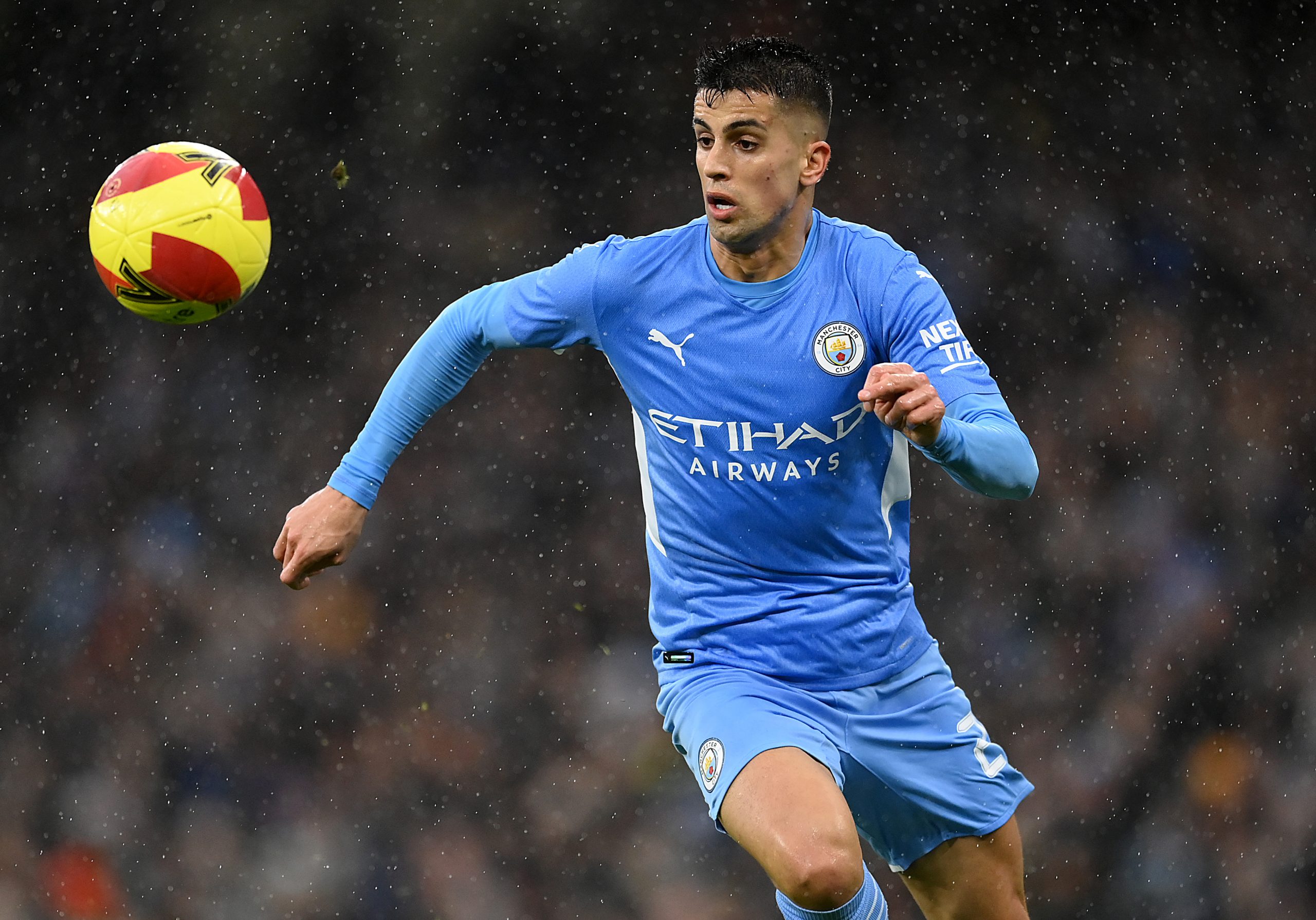 Breaking through the Valencia team at the age of 20, no one quite expected Manchester City’s Joao Cancelo to do quite as well as he is, right now. His move to Inter Milan on loan helped click things for him as he registered an assist along with ten big chances created in the 2017/18 season.

Juventus signed him on a permanent transfer the following season and became a crucial part of their team. Cancelo has been at Man City since the 2019/20 and has become one of the best full-backs in the world under Pep Guardiola.

He attributes his style of play to Barcelona’s Dani Alves, hailing him as his idol ‘in his position’. “I’ll be honest, in my position, my childhood idol is Dani Alves,” he said.

“I didn’t watch a lot of Cafu because I was too young, so I don’t remember much from seeing him play. But Alves, in my opinion, is the best full-back ever. I’m a huge fan of his work, I am a fan of what he does on the pitch but also of the sense of freedom with which he plays.”

Alves is undoubtedly one of the greatest in his position, as was clear against Atletico Madrid, but his fun-loving attitude on and off the pitch is also the reason he’s a widely loved figure, as Cancelo rightly pointed out.

For Cancelo, the phrase never meet your heroes has no meaning when it comes to Alves. He laid out his desire to meet the Brazilian; in fact, he predicted they’d cross paths.

“I love him as a player. I’ve never met him, but I’d love to. I think that sooner or later we’ll get to meet each other. I’m sure we’d have a great conversation!”

Alves is not the only Barcelona legend he held in high regard, though. Cancelo namechecked Ronaldinho as his all-time idol.

“When I was young, I always asked my late mother for footballs. For Christmas, for my birthday, I just wanted a football! And that’s how everything started, my passion for football. As a kid my idol was Ronaldinho.”

While the art of the Joga Bonito and ‘street’ football is becoming less evident in modern football, players like Cancelo have kept it alive by inculcating it in their position through small tricks and flicks.

The inspiration from Alves and Ronaldhino is evident in his game, and a moment of brilliance is all it takes to keep the beauty alive, sometimes.