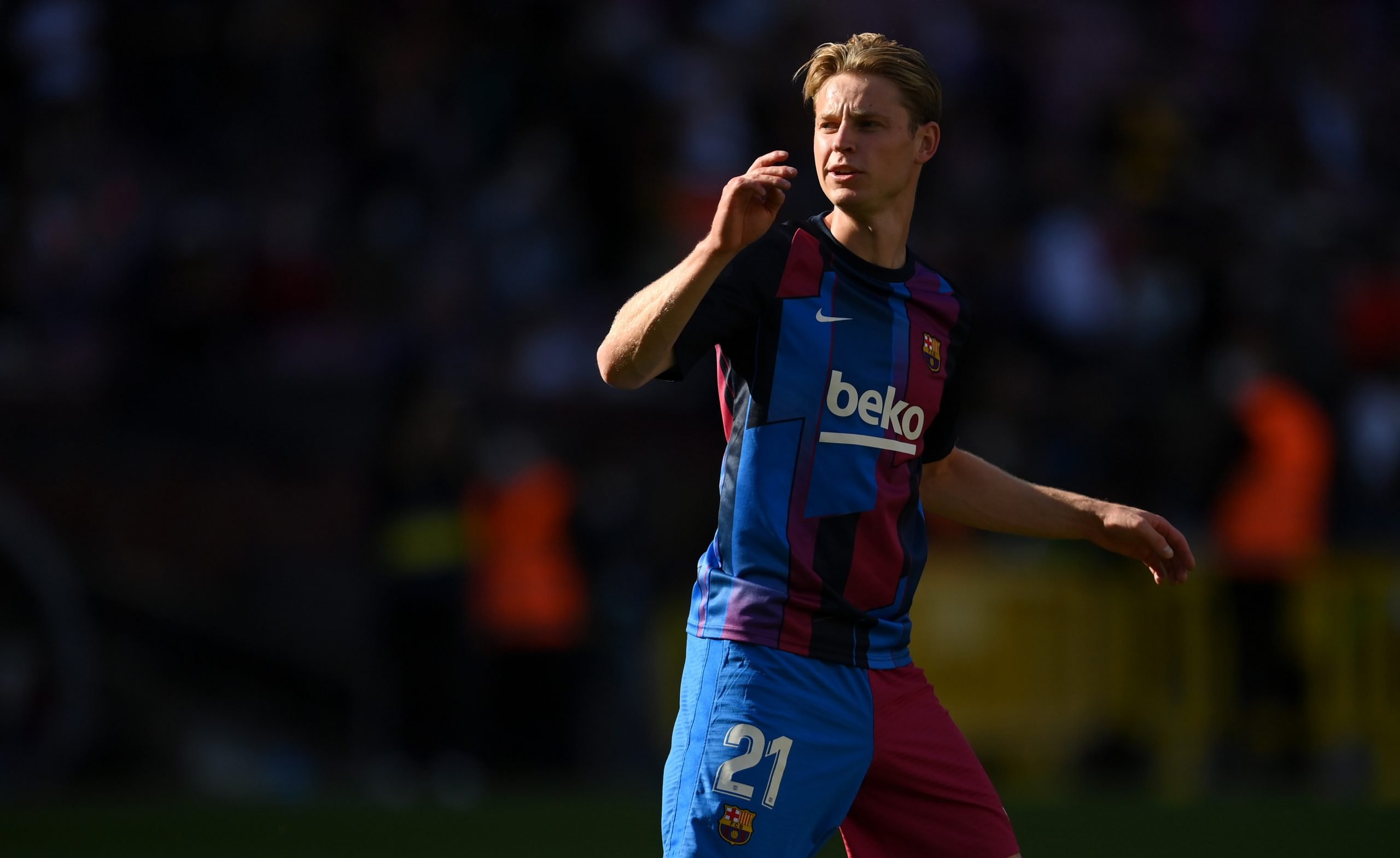 Barcelona midfield mainstay, Frenkie de Jong, has suffered a dip in form of late. Having started the new season on a solid note, the 24-year-old has looked off-colour in recent games and put in one of his worst performances in memory in the defeat versus Real Madrid on Sunday.

Signed from AFC Ajax in 2019 in a deal worth €86 million, Frenkie has gradually improved at Camp Nou and looked set for a big season this time out after his exploits last term. However, that has not been the case, with the display in the El Clasico loss bringing about questions and criticism from some sections of supporters and media.

Amidst this, Italian publication Calciomercato (h/t Fichajes) is now reporting that the 24-year-old is courting serious interest from Premier League champions Manchester City. Despite his recent slump, the Citizens’ boss, Pep Guardiola, continues to rate him as one of the world’s best midfielders and is keen on bringing him on board for next year.

The Catalan manager is looking to build a core for the future and with captain Fernandinho’s contract running out, is in the market for a new midfielder, with Frenkie de Jong emerging as an option on the transfer wishlist for Manchester City.

In addition to the English champions, Bayern Munich are also interested in the former Ajax midfield prodigy, the report adds. The Rekordmeister have been admirers of the Dutchman well before his transfer to Barcelona and remain keen on acquiring his services.

De Jong is an integral part of this Barcelona setup. But the report states that owing to the club’s financial difficulties, a sale could be considered as the 24-year-old is one of the squad members who could attract a considerable transfer fee. In fact, the report even mentions a valuation of €100 million for the Dutchman.

De Jong’s contract with Barcelona runs till the summer of 2026, with the midfielder signing an extension last year. In spite of the speculations, it is unlikely that the Catalan giants would consider selling the player that is earmarked as one of the core members around whom the team is being built.