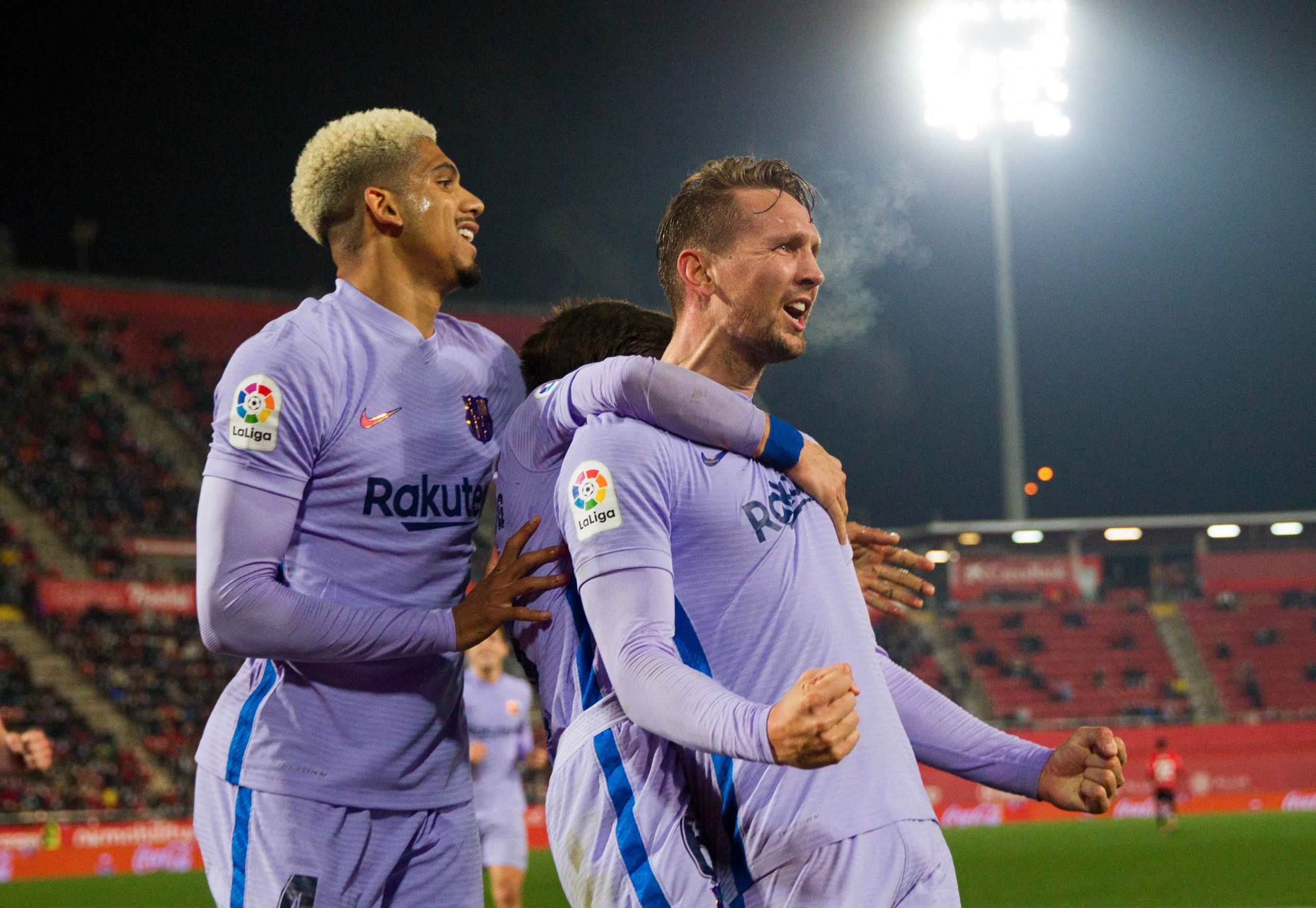 It was a clash of depleted sides at the Son Moix on Monday night. Xavi’s Barcelona had close to ten players ruled out through COVID while also missing the services of injured players. Mallorca, on the other hand, had a similar COVID crisis of their own.

Ahead of kickoff, Real Madrid dropped points to Getafe while Atletico Madrid picked up three points in their game. A win for Barcelona would see them stick close to Diego Simeone’s side at fifth position.

The severely depleted squad was expected to be a stiff test of team chemistry for Xavi’s side. However, the first half was far from the dull and uncoordinated game that one expected.

Barcelona dominated the first half with flair and ease. With 73% possession, they proved to be proactive in every position. In the first 45 minutes, the Catalans recorded eight shots with six inside the opponent box.

Riqui Puig completed 97% of his passes in the first half. pic.twitter.com/tWHrq2F5gr

Ilias Akomach was the first to get a big chance to score as early as the tenth minute but was brilliantly denied by Manolo Reina. After painfully striking the crossbar in the 30th minute, however, Luuk de Jong got the big breakthrough for Xavi’s side late in the first half.

The goal stemmed from a great run and cross by Oscar Mingueza on the right flank. The full-back laid the ball on a platter for the Dutch striker who made no mistake in the air. It was almost the last action of the first half, and Barcelona headed into the dressing room with a one-goal lead.

When compared to the opening period, the second half was less lively from Barcelona. Yet, the fact that they continued to dominate Mallorca cannot be denied. The Blaugranas recorded close to 60% possession in the second half, and the hosts rarely got any chance to equalise.

Nico’s fitness problems continued when he felt a niggle in his hamstring at the 70th minute. Needless to say, he was immediately replaced by Alvaro Sanz who received his league debut. Another Barcelona youngster received his debut too in the 80th minute when Estanis Pedrola replaced Ilias Akomach.

Mallorca came close to equalising at the 90th minute. However, it was Gerard Pique who was at the right place at the right time to deny the hosts a way back. Just a minute later, Ter Stegen pulled off a sensational save to deny Jaume Costa a close-range goal.

The win keeps Barcelona in the hunt for a Champions League spot. However, it is a win that will bring immense confidence into a side that pulled off a dominant performance in the direst of circumstances. Xavi’s side will be in action later this week in the Copa del Rey.