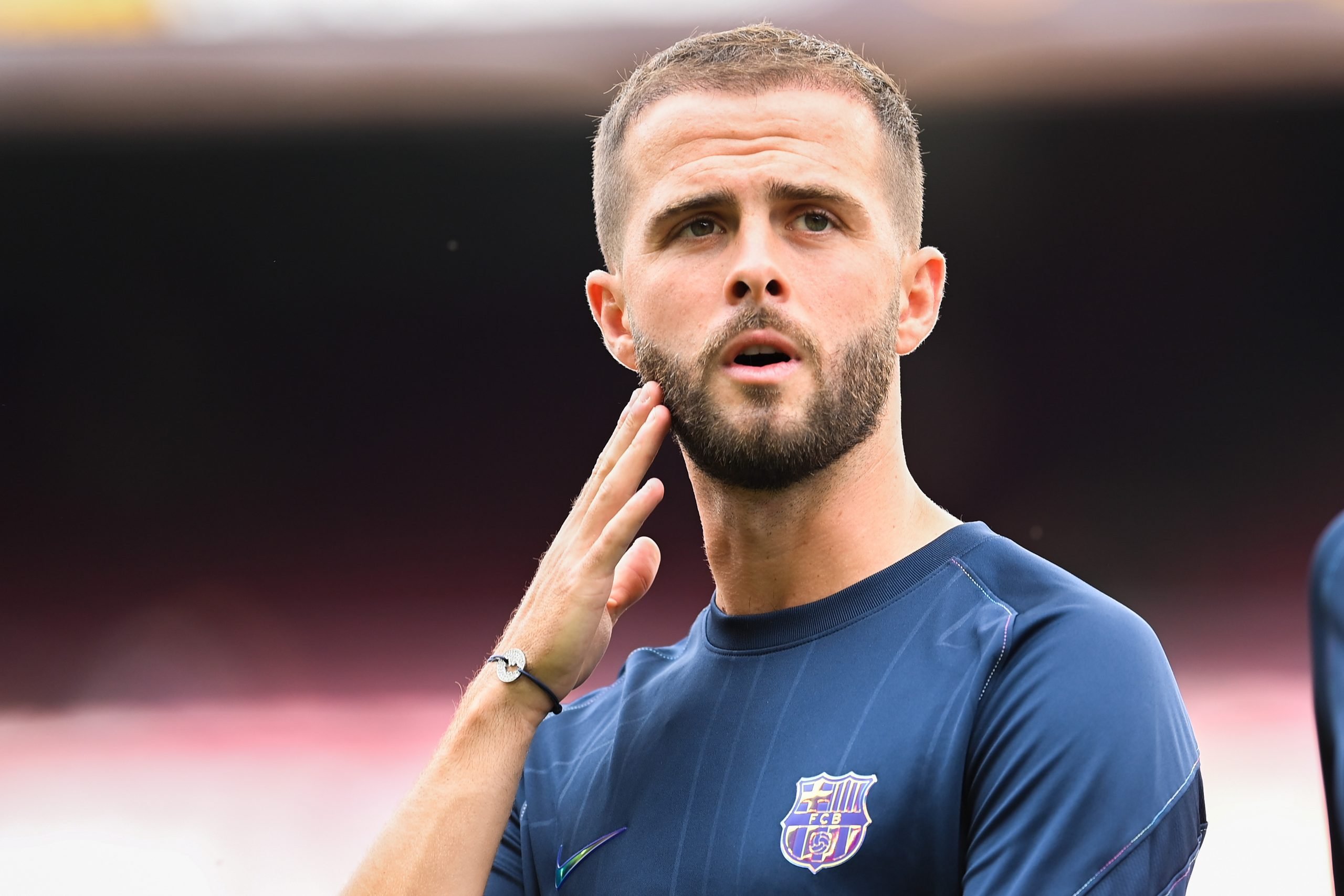 Barcelona continue to find ways to move their unwanted players on from the club. Clement Lenglet is on his way to Tottenham while Samuel Umtiti is close to joining Rennes and Rey Manaj is on the verge of moving to Watford.

More exits are expected in the coming weeks as Xavi Hernandez & co. continue to get rid of the deadwood from the squad.

As reported by Gerard Romero, Olympique Lyon have come forward and presented an offer to Barcelona for the signing of out-of-favour midfielder Miralem Pjanic, who could be the next in line to bid goodbye to Camp Nou.

The 32-year-old Bosnian arrived at the club in 2020 from Juventus and endured a torrid debut campaign. Having spent the last season away on loan at Besiktas, the midfielder is back at the club and has been involved in the pre-season training camp.

However, manager Xavi does not have Pjanic in his plans and he has been linked with an exit for a while now. There had been reports of interest from Italy, while clubs from Asia were also believed to have made offers.

But as per Romero, Pjanic could now return to France, where he began his senior career with FC Metz. Olympique Lyon, with whom the midfielder spent three years between 2008 and 2011, are now interested in re-signing him and have tabled an offer for the midfielder.

Les Gones have brought in Corentin Tolisso and Alexandre Lacazette to strengthen their roster already this summer and are now planning to add another ex-player in Pjanic.

A return to his former club could appeal to the Barcelona midfielder even though they will be unable to offer him European football for the coming season.

Considering Lyon’s financial situation, however, the 32-year-old might have to take a pay cut in order to secure a move back to the Groupama Stadium.