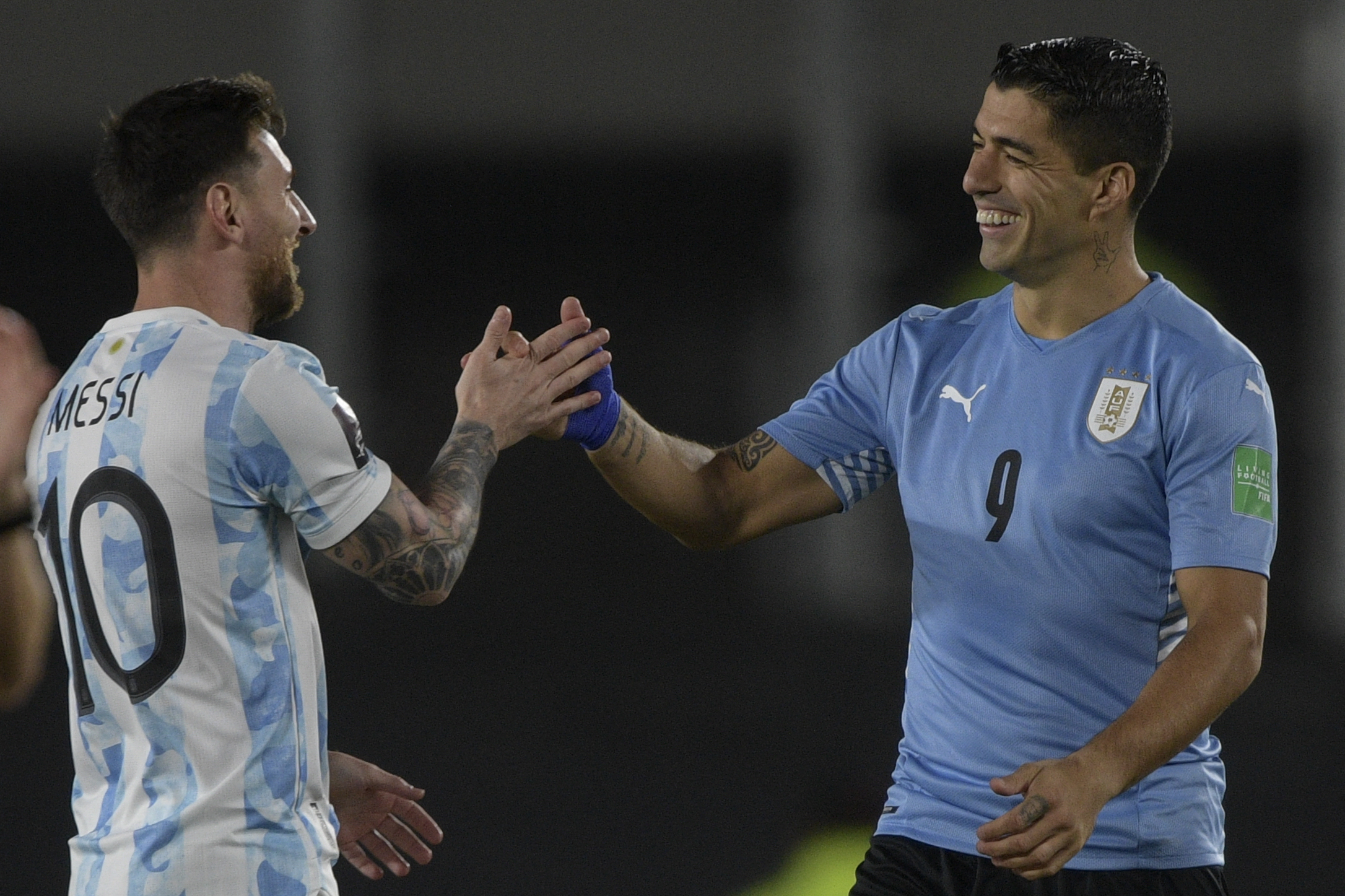 Speaking in an interview with Star+ (h/t ESPN Argentina), former Barcelona superstar Luis Suarez has opened up on the circumstances of his exit from Spotify Camp Nou in 2020 and his relationship with fellow forward Lionel Messi and Neymar during his time at the club.

Suarez signed for Barcelona in the summer of 2014, arriving from Liverpool. The Uruguayan icon struck up an instant connection with Messi and Neymar in Catalonia, as the trio went on to form one of the deadliest attacking trios the game had ever seen.

During the interview, Suarez shed light on his first conversation with Messi and how it helped their relationship flourish.

“Leo is a friend and a special friend because of what he means to my career. And I think we help each other,” Suarez started.

“When I arrived at Barcelona I told Leo that I was coming to win, not to take the place of anyone. He realized that what I was telling him was sincere, and the relationship grew,” he said.

Further talking about the understanding between him, Messi and Neymar, Suarez added: “Messi and Neymar made me win a Golden Boot, Leo let me kick penalties so that I could win the award, and also they were always looking for me on the field. I value that very much.

“There was no ego, the three of us were happy and happy, and the rest of the team ran for us because they realized that.”

Speaking of the circumstances of his exit, Suarez said it came as a shock when the club needed to stay united after the loss to Bayern Munich in the previous season. The Uruguayan admitted that the manner in which his exit was dealt with hurt him, as well as Messi.

“It hurt and we suffered a lot. We came from the elimination in the Champions League against Bayern Munich and Leo’s burofax, everything was very complicated and painful. Firstly, because of the way things went, and also because of the way we were treated,” he said.

“I went, I showed up to train and they sent me to train separately. I suffered a lot and came home and cried because of how they had treated me. It hurt me, it was also a message that they wanted to leave Leo alone, separate him. We had a bad time.”

“In the years I was at Barcelona I never dropped below 25 goals per season. we had a bad time. Leo suffered a lot. I had never seen Messi cry like I saw him cry at Barcelona, it hurt him. I always had that uncertainty as to why it all happened, but then luckily I was happy at Atletico Madrid,” Suarez added.

Suarez then insisted that it would be a great moment if his Uruguay side went face-to-face against Messi’s Argentina in the finals of the 2022 FIFA World Cup in Qatar.

“We hope to be able to talk about Argentina and Uruguay reaching a final so we can enjoy it, it would be nice for South America.”

The striker, who signed for Nacional this past summer, also revealed that he was supporting Argentina in the finals of the Copa America last year, as he wanted Messi to win.

“In the final of the Copa América in Brazil 2021 I supported Argentina, I like to see him happy because Leo is my friend. Seeing how he let off steam… he deserved it after fighting for so long with his national team,” revealed the Uruguayan striker.