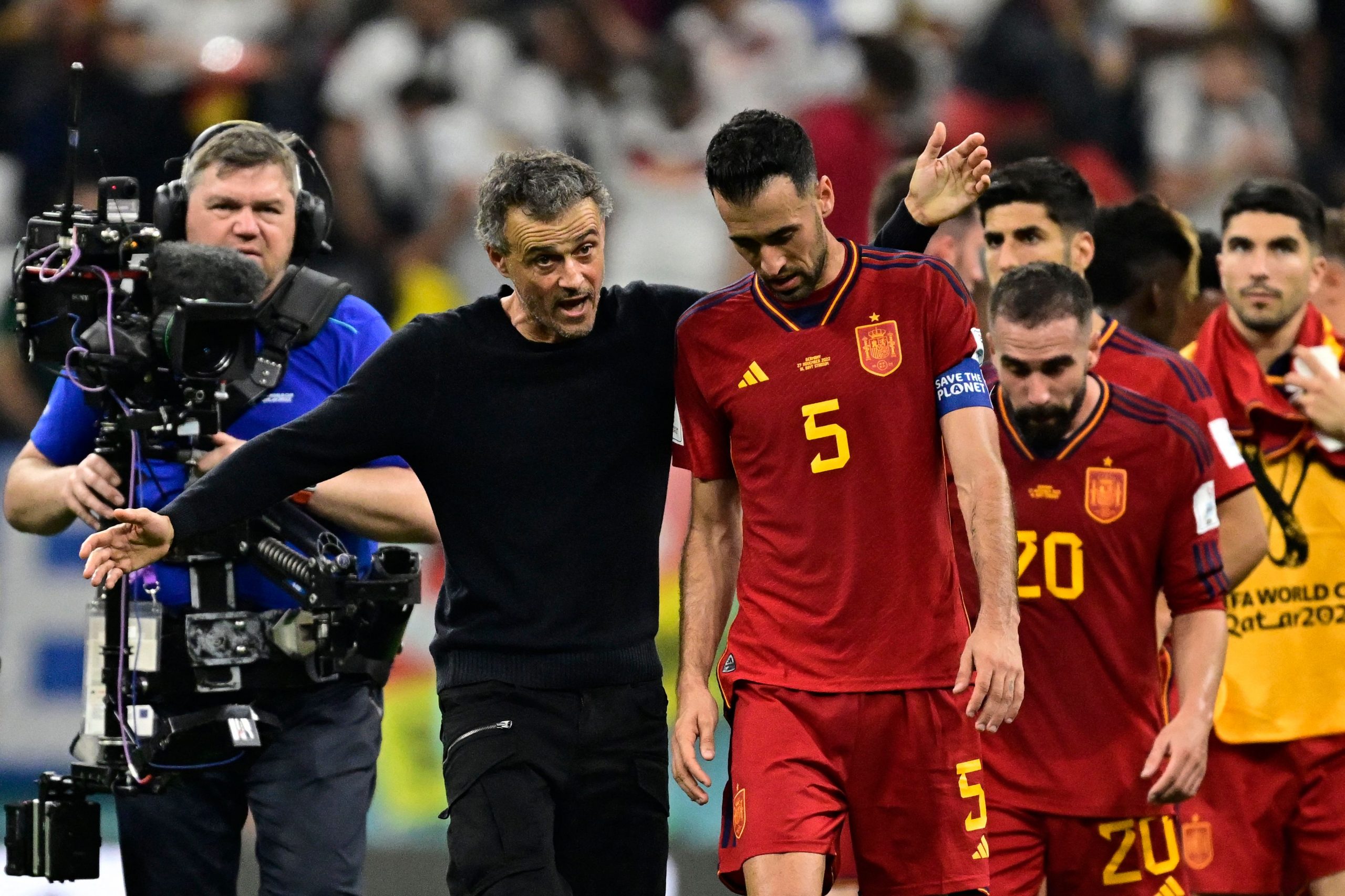 Spain have made a solid start to their FIFA World Cup 2022 campaign, having collected four points from two games, which has put them at the top of Group E, ahead of Japan, Costa Rica and Germany.

But their progression to the knockout stages of the competition is yet to be confirmed and a positive outcome in their final group match against Japan should get the job done.

However, according to a report from MARCA, Spain might have to overcome the Asian giants without their captain and influential midfielder Sergio Busquets.

The 34-year-old Barcelona superstar is a key figure in Spain’s setup under Luis Enrique and has put in impressive performances in both their World Cup matches so far.

However, the veteran midfielder picked up a yellow card in the draw against Germany last night for a foul on Jamal Musiala. And another booking against Japan would rule him out of Spain’s Round of 16 encounter should they make it through.

As a result, Enrique, who has gone on record to stress the importance of Busquets in his side on multiple occasions, is ready to bench the Barcelona legend for the clash against Japan.

Apart from avoiding the risk of suspension, Enrique also is keen on providing Busquets with some rest ahead of the knockout stages of the World Cup given his importance in the national team, even though the 2010 champions are yet to qualify for the Round of 16.

So, as per the report, Busquets is unlikely to take the field for Spain against Japan unless there is a danger over their progression to the next round.

Rodri, who has started at centre-back in the last two games, could take Busquets’ place as the pivot, while Atletico Madrid captain Koke is also an option for Enrique.