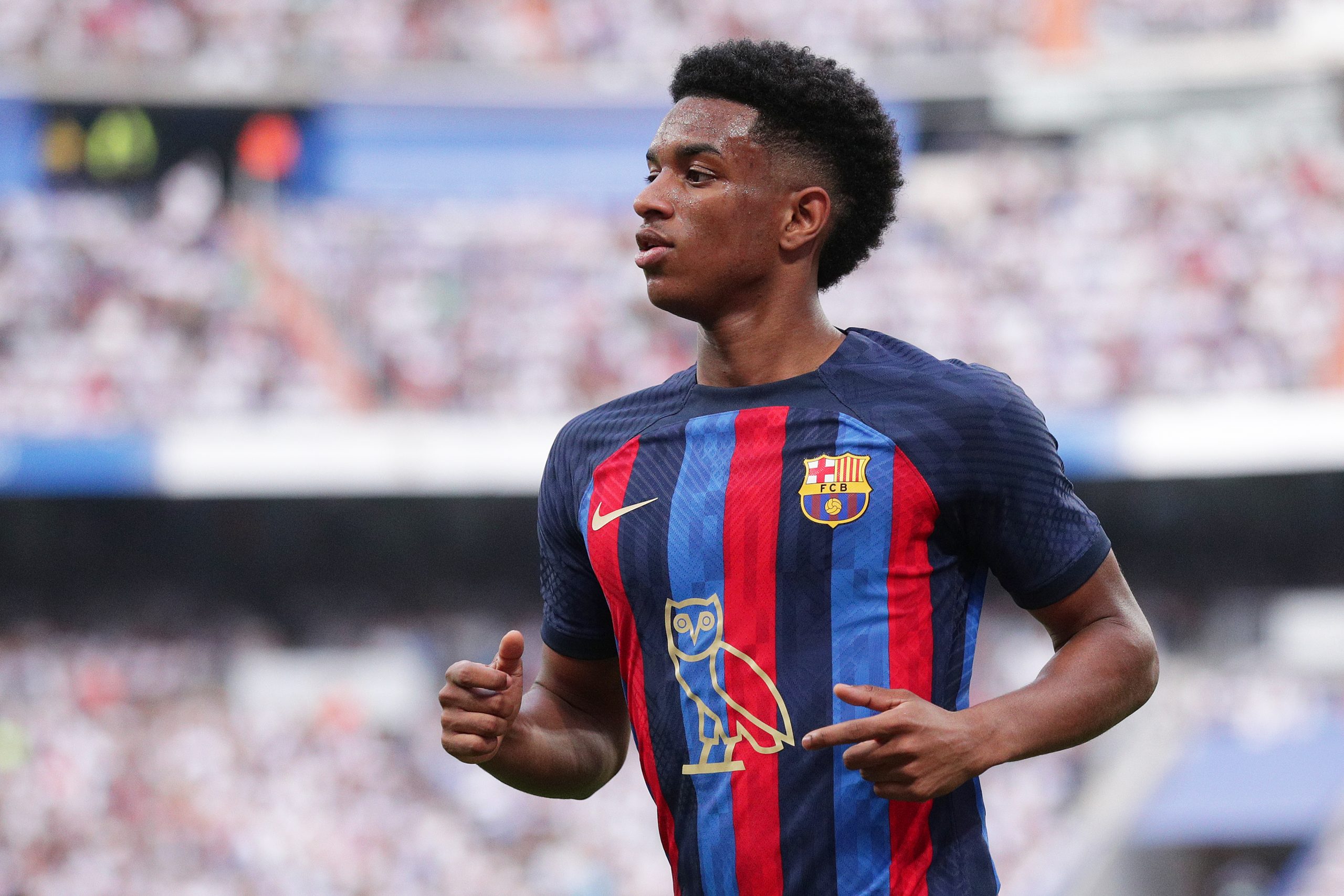 With the FIFA World Cup 2022 only a matter of days away, Spain manager Luis Enrique will name his squad for the tournament on November 11, Friday. According to SPORT, the La Roja head coach is seriously considering including Barcelona starlet Alejandro Balde on the list.

The 19-year-old defender is enjoying a fine breakthrough campaign at Barça, where he has not only established himself as the first-choice left-back but has also been preferred ahead of Hector Bellerin in the right-back position.

The teenage prodigy is soon expected to start negotiations over a new contract with the Catalan giants, given that his current one expires in 2024.

Balde has not played for the Spanish national team yet, but has reportedly been included in Enrique’s 55-man provisional list for the World Cup.

And now, the aforementioned report is stating that Lucho is seriously considering the prospect of naming the left-back in the final 26-man list that will fly to Doha for the quadrennial tournament.

Enrique has Jordi Alba and Jose Gaya as his primary options for the left-back position while Cesar Azpilicueta and Dani Carvajal are his first-choice players at right-back.

However, none of them quite offer the same level of explosiveness that Balde brings to the table. On top of that, the Barcelona youngster’s versatility further earns points in his favours.

Enrique will announce his squad on Friday and will wait until the last minute to make his final decision, which will be based on the current form of the players. In such a scenario, Balde has a lot going for him to be on the plane to Qatar this week.

Other Barcelona players like Sergio Busquets, Pedri, Gavi, Ferran Torres and Alba are certain to be included. As for Ansu Fati and Marcos Alonso, their involvement seems doubtful at this point.